Home > Business > Robinhood’s shares jump as much as 65 percent, like the meme stocks it enabled.

Robinhood’s shares jump as much as 65 percent, like the meme stocks it enabled. 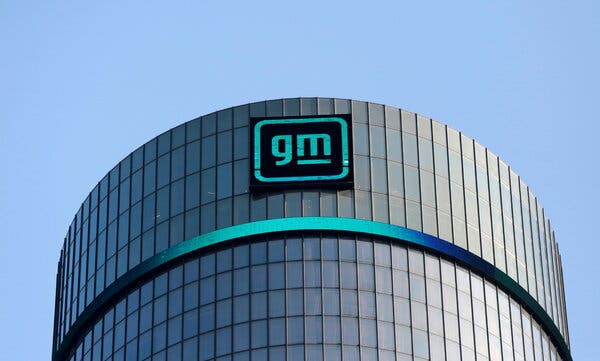 The stock trading app that helped fuel a frenzy by small investors earlier this year soared on Wednesday in trading that had all the hallmarks of the “meme-stock mania” that drove up prices of companies like AMC Entertainment and GameStop.

Robinhood’s shares rose as much as 65 percent to $77, double their price at the end of last week, and trading was briefly paused by the Nasdaq stock exchange. By midmorning, the shares had fallen somewhat and were up about 35 percent. It was a second day of sharp gains after jumping 24 percent on Tuesday.

Robinhood became a publicly traded company only last week. It priced its initial public offering at $38 a share, but the stock stumbled in its first day of trading on Thursday, finishing down more than 8 percent.

Since then, however, buyers have emerged, especially among the ranks of individual investors that the company caters to. On Wednesday, the stock shot to the top of Fidelity’s list of orders from the traders at its brokerage unit, suggesting that demand from day traders is driving the surge in the shares.

Ark Invest, the money management firm run by the social media-savvy stock picker Cathie Wood, has also been buying shares of Robinhood for the exchange-traded funds that serve as her investment vehicles. Daily disclosures of her holdings — which are closely followed and sometimes mimicked by day traders — have shown her buying more than a 1.5 million shares of Robinhood, giving her a stake worth over $100 million at the peak of Wednesday morning’s surge.

Here’s what else is happening in markets today:

General Motors said on Wednesday that it made $2.8 billion in the second quarter and increased its profit forecast for the full year, suggesting the largest U.S. automaker was faring a lot better than expected.

G.M. and other car companies have been forced to idle factories periodically this year because of a global shortage of computer chips. The production slowdown has kept a lid on sales, but it has created shortages of new and used cars, increasing the selling price of cars and trucks.

The industry, like others, is also now growing more concerned about what the spread of the Delta variant of the coronavirus will mean for their business. The United Automobile Workers union, G.M., Ford Motor and Stellantis, formerly Fiat Chrysler, said this week that they would go back to requiring all workers to wear masks because of the variant, though they would not mandate vaccinations.

“G.M. had a very strong second quarter and first half of the year,” G.M.’s chief executive, Mary T. Barra, said in a conference call to discuss the second quarter results. “Of course, we will continue to monitor Covid very closely.”

Three months ago, G.M. indicated it would only make about $500 million in the three months that ended in June, after earning $3 billion in the first three months of the year. The second quarter results include $1.3 billion in warranty and recall costs, including $800 million for fixes to Chevrolet Bolt electric cars whose batteries can overheat and catch fire.

Last month G.M. recalled 51,000 Bolts in the United States to fix manufacturing defects that can lead to fire. G.M. said the defects were rare, but the recall is still a big headache for the automaker, which plans to do away the internal combustion engine in its cars and trucks by 2035.

The company reported revenue of $34.2 billion in the second quarter, up from $16.8 billion a year ago when sales were crushed by the pandemic. In the first quarter, G.M. had revenue of $32.5 billion.

Last month, Tesla also reported strong earnings for the second quarter despite the chip shortage. Ford, which had been hurt by the shortage more than some other manufacturers, said its profit fell by half, to $561 million, in the second quarter.

Ms. Barra said G.M. had managed the chip shortage by allocating electronic components in short supply to the plants making its most profitable and popular models. She added that the shortage would continue to be a problem until next year.

Because of the chip shortage G.M. has about 200,000 cars and light trucks on dealer lots in the United States, about a quarter of what was previously considered normal. Although bad for sales, the limited supply has meant that dealers and the companies no longer have to offer discounts or haggle over prices with customers.

Richard H. Clarida, the Federal Reserve’s vice chair, said in speech on Wednesday that if the economy meets his expectations, he thinks it will be healed enough by the end of next year for the Fed to start raising rates in 2023 — a meaningful statement coming from one of the highest-ranking members of the policy-setting committee.

Mr. Clarida said he expected inflation to moderate but remain slightly above the Fed’s 2 percent target — which the central bank would like to hit and be on track to exceed for a time — with unemployment dropping sharply toward the Fed’s full employment goal.

“I believe that these three necessary conditions for raising the target range for the federal funds rate will have been met by year-end 2022,” Mr. Clarida said.

Mr. Clarida said that the unemployment rate “will have reached my assessment of maximum employment” if it drops to around 3.8 percent by the end of next year. That is the level most Fed officials projected in June. The jobless rate currently stands at 5.9 percent, up from 3.5 percent before the pandemic but much lower than the 14.8 percent at its 2020 peak.

“Commencing policy normalization in 2023 would, under these conditions, be entirely consistent with our new flexible average inflation targeting framework,” Mr. Clarida said. He noted that the government’s big spending response to the pandemic downturn had offset some of the limitations the Fed had faced in returning the economy to full health, and that the central bank’s approach “must — and certainly can — incorporate this reality.”

The median Fed projection in June suggested that the central bank would not lift interest rates until 2023. Because Fed officials give their estimates for the final quarter of each year, it is difficult to tell whether Mr. Clarida’s judgment — which seems to argue for an early-2023 rate increase — is more aggressive than that of most of his colleagues.

Mr. Clarida’s influence is tempered by the reality that his term on the Fed board expires early next year, and he was nominated by the Trump administration, so there is a good chance he will not be reappointed to the post. But he is the highest-ranking official yet to set out a possible timeline for lifting interest rates, since the Fed chair, Jerome H. Powell, has repeatedly said it is not yet time to discuss raising the federal funds rate.

Mr. Clarida was also a chief architect of the Fed’s new policy framework, which was adopted last year and calls for periods of inflation above the Fed’s 2 percent target to offset periods of weak price gains. By laying out the conditions under which the economy would satisfy that approach, his comments served to more clearly define that new — and, to date, somewhat amorphous — policy standard.

Rate increases are a question for next year, but the Fed is more immediately considering when and how to change its approach to its other monetary policy tool: big bond purchases. Officials are discussing slowing down their $120 billion in monthly purchases now.

“In coming meetings, the committee will again assess the economy’s progress toward our goals,” Mr. Clarida said, suggesting through his use of the plural “meetings” that no decision is coming at the upcoming September gathering.

“As we have said, we will provide advance notice before making any changes to our purchases,” he added.

Passing the CFA exam, in the best of times, is tough. The test, which confers chartered financial analyst status, has three levels, and study times average 300 hours per level. CFA status is a résumé booster that can open doors and fetch a higher salary in the financial services industry.

Last week, the CFA Institute reported that the Level I pass rate dropped to 25 percent for exams taken in May, the lowest since testing began in the 1960s. On Tuesday, the institute announced that the latest Level II success rate fell to 40 percent, the third-lowest rate on record.

What happened? Theories abound, including that a popular prep website had technical issues, that it was the first time some tests were administered via computer and that Covid protocols delayed some test takers from starting the test on time.

The CFA Institute denies all of those. Instead, it said pandemic-related test delays had disrupted study plans.

The DealBook newsletter notes another potential factor: Achieving CFA status may not seem as essential right now, given the complications of pandemic restrictions and the desperation of financial firms to hire workers with deal flow so high and morale so low. This week, Goldman Sachs joined its Wall Street rivals in increasing pay for junior bankers across the board. This could be why fewer people recently sat for the CFA exams and, when they did, may not have put in their best performance.

A water-recycling effort is gaining traction as a severe drought punishes industries in states like California, Montana, New Mexico and Utah.

The concept of filtering the dirty water generated by daily operations for use in toilets and drip irrigation isn’t new, but it’s increasingly seen as a promising sustainability push, especially as more cities and states enact measures to limit water use, and as a smart hedge against rising water costs and future shortages, Patrick Sisson reports for The New York Times.

Water-conservation advocates say such technology is where solar and renewable power were a decade ago: technologically feasible, with pioneering projects starting to bend the cost curve and push the concept toward wider accessibility.

“Ten or 15 years ago, a green building was a ‘nice to have,’ whereas now it’s driven by regulations and the market,” said Aaron Tartakovsky, a co-founder and the chief executive of Epic Cleantec, a wastewater tech start-up in San Francisco. “It’s undeniable that the drought has accelerated conversations many were already having.”

Increasingly, developers see value in so-called black-water systems, especially at scale, to provide water for irrigation and cooling towers. Even the cost to retrofit a building, long considered infeasible because of the need to add so many pipes for recycled water, is now more viable, Mr. Tartakovsky said.

Mission Rock, a 28-acre, $2.5 billion multiuse waterfront project led by the San Francisco Giants and developed by Tishman Speyer, will use a black-water system. Every building on the site, which broke ground this year, will tie into it over time. A new nonprofit utility, Mission Rock Utilities, will build and manage both it and a central thermal energy system.

Water reuse isn’t being embraced just in drought-stricken Western states. On the Brooklyn waterfront, the 11-acre, roughly $3 billion Domino Sugar Refinery redevelopment will feature a more than $10 million black-water system designed not only to cut water use but to reduce pressure on storm-water systems.

Residents are acutely aware of water quality. “It’s pretty obvious when there’s a storm and the East River smells like poop,” said one developer.