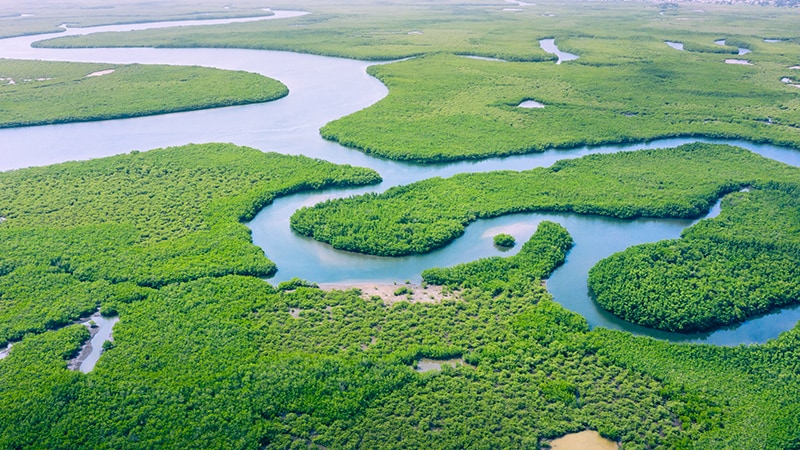 The direct oral anticoagulants (DOACs) took cardiology by storm a decade ago when trials showed they were at least as safe and effective as warfarin for several indications, especially reducing stroke risk in atrial fibrillation (AF). But the trials that established the drugs in AF largely excluded patients with valve disease, leaving them without a good evidence base in support of the drugs.

Now that evidence base is a bit firmer. In the RIVER trial, treatment with the factor Xa inhibitor rivaroxaban (Xarelto, Bayer/Janssen) was noninferior to warfarin for a primary endpoint that included death, cardiovascular events, stroke, and bleeding over 1 year in more than 1000 patients with AF and bioprosthetic mitral valves.

Patients with AF and bioprosthetic mitral valves were largely absent from the major nonvalvular AF DOAC trials, and “most of our recommendations in patients with valve disease are based on expert opinion,” Berwanger said. For example, ARISTOTLE with apixaban (Eliquis, Pfizer/Bristol-Myers Squibb) and ENGAGE-TIMI 48 with edoxaban (Lixiana, Daiichi-Sankyo) between them included only about 160 patients with bioprosthetic mitral valves. There were none in the major rivaroxaban trial, ROCKET-AF.

RIVER “sets the stage to better study this population,” said Berwanger, from Research Institute HCor and Albert Einstein Hospital, Sao Paulo, Brazil, who is also senior author on the trial’s same-day publication in the New England Journal of Medicine.

Of note, women made up about 60% of the population in RIVER, which was conducted at 49 centers in Brazil; the entire population’s median age was 59 years.

As a result, they were probably at much lower risk for stroke compared with the older patients in the three nonvalvular AF trials, observed Elaine M. Hylek, MD, MPH, invited discussant following the Berwanger presentation. For example, she said, the mean age in ROCKET-AF was 73 years.

That means “we may not be able to extrapolate the efficacy and safety from this particular study to older patients in whom a bioprosthetic valve would likely be preferred,” said Hylek, from Boston University School of Medicine in Massachusetts.

The RIVER population was indeed “pretty young for patients getting bioprosthetic valves,” agreed Athena Poppas, MD, Brown University School of Medicine, Providence, Rhode Island, in an interview. That cautions against applying their experience to, for example, North American or European populations with AF and prosthetic mitral valves. The generally older age of the latter patients may put them at higher bleeding risk than the patients in RIVER.

Also, it’s possible that many patients in the Brazilian trial received their bioprosthesis because of rheumatic valvular disease. Such an inflammatory heart process would likely elevate their risk for stroke, observed Poppas, who was not part of RIVER. “Their atria can be abnormal and at higher risk of thrombosis.” That would also complicate comparisons with other populations.

Rheumatic heart disease drove the need for a prosthetic mitral valve in about 20% of patients in RIVER, Berlanger told theheart.org | Medscape Cardiology, “so we believe most of its patients are comparable to patients in North American and Europe.”

RIVER randomly assigned 1005 adults with AF and bioprosthetic mitral valves to receive rivaroxaban, 20 mg/day (or 15 mg/day in patients with renal dysfunction), or warfarin titrated to a target international  normalized ratio of 2.0 to 3.0 on an open-label basis.  Randomization occurred at least 48 hours after the implantation surgery; it was within 3 months of surgery in 18.8% of the cohort and at least 1 year afterward in about 63%.

The protocol called for the primary outcome to be interpreted with respect to restricted mean survival time (RMST)—that is, average time free from a primary outcome event, which reflects the area under the survival curve— RIVER documentation explains. The time to such an event on warfarin was subtracted from that for rivaroxaban, yielding an RMST that, when positive, indicated a rivaroxaban benefit.

In two sensitivity analyses, the rivaroxaban RMST for outcomes was 9.6 days on a per-protocol basis and 10.5 days on an as-treated basis. Both were significant for noninferiority at P < .001 and also for superiority at P = .01, Berlanger reported.

Those analyses therefore “suggest that rivaroxaban was not only noninferior, but also superior to warfarin for the primary endpoint,” he proposed.

“Definitely there’s an interesting signal there that deserves to be further tested,” Berwanger said. “No trials in the past have included such a population,” he told theheart.org | Medscape Cardiology.

The rivaroxaban noninferiority finding in RIVER’s patients may well be a DOAC class effect, Poppas speculated, much as the drugs collectively showed at least similar efficacy and safety in nonvalvular AF. That especially applies to the other factor Xa inhibitors, apixaban and edoxaban, she said, but potentially also the direct thrombin inhibitor dabigatran (Pradaxa, Boehringer-Ingelheim).