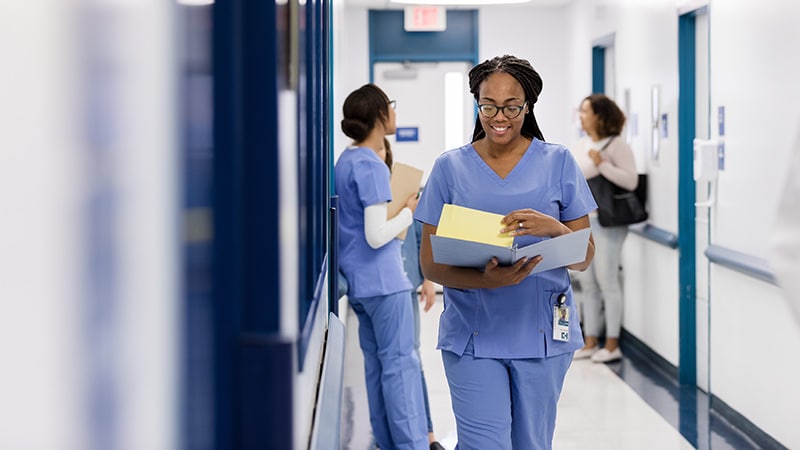 The annual residency report from the Association of American Medical Colleges (AAMC) reveals characteristics of medical school graduates and residents, including specialty insights, test scores, demographics, and professional activities post-residency. This year’s report shows that almost half (48.7%) of medical students graduating in 2019-2020 said they had a different specialty than planned at the beginning of medical school.

Those graduating with a specialty in child neurology were the most likely to have changed their minds from the beginning of med school (88.5%), followed by those in vascular surgery (74.4%), and plastic surgery (63.1%).

Test scores on the US Medical Licensing Examination (USMLE) vary widely among specialties. Below are the highest average scores among first-year residents in 2019-20 for Step 1 and Step 2 Content Knowledge (CK).

Table 2. Racial Breakdown of Residents in 2020*

*Residents could choose more than one race, and figures do not include the 16.5% of residents who are neither US citizens nor permanent US residents.

In terms of gender-based data, in some specialties women outnumbered men 2-to-1; in others, that ratio flipped. Women dominated in obstetrics and gynecology (83.8%) and pediatrics (72.4%) for instance; men were more prevalent in diagnostic radiology (73%), anesthesiology (66.9%), and emergency medicine (64.1%).

Among those who completed residencies from 2010 through 2019, 25.4% said they are providing direct patient care in medically underserved areas (MUAs) across the United States.

By state, more than half of early-career physicians report having practiced in MUAs in Alabama, Mississippi, and Montana, whereas fewer than 10% in Maine, North Dakota, Wisconsin, and Wyoming said they had.

Marcia Frellick is a freelance journalist based in Chicago. She has previously written for the Chicago Tribune, Science News and Nurse.com and was an editor at the Chicago Sun-Times, the Cincinnati Enquirer, and the St. Cloud (Minnesota) Times. Follow her on Twitter at @mfrellick