Earlier this month, prospective med student Artavion Cook graduated from college, something made possible by the help of a famous female rapper.

In 2017, Cook was early in his undergraduate education at the University of Louisiana–Lafayette when he hit a financial obstacle. He was hoping to earn a degree that would help him get accepted to medical school. Cook is a young Black man from Ringgold, an impoverished small town in Louisiana. 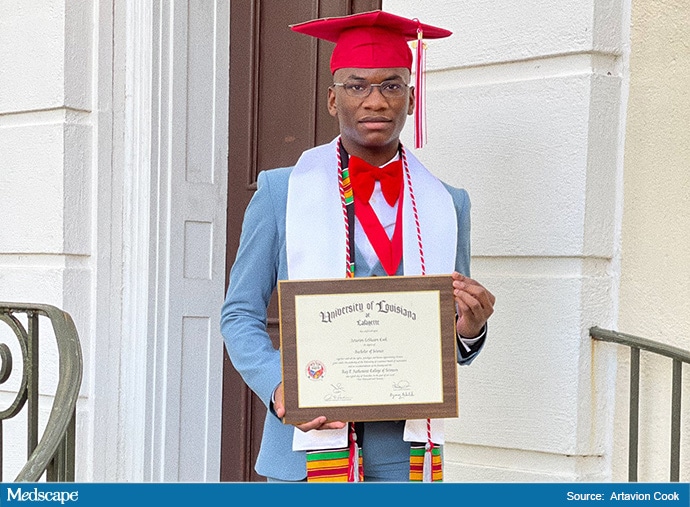 Since he was a child, Cook wanted to become a doctor to help address racial health disparities. Then funding for one of his scholarships disappeared. He was suddenly stuck with a $1172.95 bill that he didn’t know how to pay. Enter rapper Nicki Minaj, his favorite musical artist. Minaj had recently tweeted, “Show me straight As that I can verify w/ur school and I’ll pay it.” She added, “Dead serious.”

Cook figured he might as well try. He tweeted back to Minaj, who is well known for interacting with her fans on social media, and told her he had a tuition bill he couldn’t pay. “Send me ur info. I’ll pay it,” Minaj responded.

Send me ur info. I'll pay it https://t.co/NTToY4OSPO

He shared the necessary information with her, and a few days later, his outstanding balance was $0. Minaj has paid thousands of dollars in tuition bills for fans who have contacted her on social media. 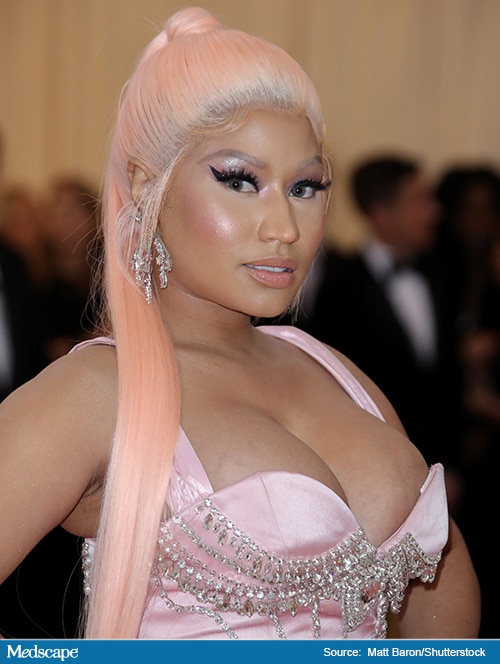 On December 8, 2020 — Minaj’s birthday, of all days — Cook graduated with a bachelor’s degree in biology, minors in chemistry and psychology, and a 4.0 grade point average. Now, he has his eyes set on giving back to his community by pursuing medicine. “I want Black people to feel safe talking to their doctor,” he told Medscape Medical News. “I think I can help them do that.”

Cook’s tweet on graduation day was jubilant. He thanked Minaj on her birthday and exclaimed, “I can’t believe I’m actually saying this out loud, but I am a college GRADUATE!”

I can't believe that I'm acutally saying this out loud, but I am an official college GRADUATE! Bachelor of Science in Biology. Chemistry and Psychology minor. 🧬

This day is even more special because @NICKIMINAJ paid my tuition a few semesters ago, and today is her birthday! ♡ pic.twitter.com/Vt6lm1M69p

Since his announcement, news outlets around the world have picked up the story. Beyond the positive attention, Cook says the press has allowed him to build the network he’ll need as a Black med school applicant. A Black doctor from Lisbon, Portugal, offered to help him study for the MCAT. Another Black doctor in family practice in New Orleans has offered to help him apply.

Cook says he has always wanted to be a doctor. From the time he first learned the word “anesthesiologist,” he told people that that is what he wanted to do with his life. As he got older and started to think more seriously about his career, he didn’t see many Black doctors.

More than 40% of the people in Cook’s hometown, a small community of around 1600 people about an hour’s drive east of the Louisiana-Texas border, live below the poverty line, according to the US Census. Growing up, he watched as a cousin lost her hair and began to have seizures. Frustrated that no doctor seemed able to make a diagnosis, Cook went online to search for answers. He learned about alopecia and told his aunt about it. They later confirmed that that was what his cousin had.

Experiences like this made Cook determined to become a doctor. He paid his way through college with a combination of loans, grants, and scholarships. He is still carrying student loan debt for his undergraduate degree and is hoping to score well enough on the MCAT to earn a scholarship for medical school. The help he got from a famous musician came at a crucial time. “That money from Nicki Minaj made a big difference for me — I was wondering, ‘How am I going to pay for that? Where is the money going to come from?’ ” he said. “Then it was just taken care of.”

Other roadblocks remained. Cook was the first in his family to attend college, and he didn’t have access to role models in medicine. “There’s not a lot of Black people in STEM fields [or] in science in general.” he said. Without an experienced support network, he began to think that he couldn’t be a doctor after all, that he simply wasn’t capable of the work involved.

“When I first came to college, I was a biology major, and I didn’t believe in myself,” he said. He switched his academic path for a short time, nearly giving up on attending medical school. He says he would then think about his cousin or others in his community who didn’t have access to the best medical care. That lack of representation has become a motivator.

On the day he graduated, he wrote across the top of his cap: “Medicine owes black people the level of transparency and care that it renders to others.”

“Frustrated and Disappointed and Moved”

That race plays a part in a person’s statistical likelihood of contracting or surviving certain diseases — from cancers to COVID-19 — has been well documented. LaShyra Nolen, a second-year student and the first Black woman elected class president at Harvard Medical School, argues that the remedy is an increase in representation among doctors. Therein lies the challenge.

“The way you find your way into medicine is largely driven by your access to the career,” she said. “So much is about who you know and who is going to vouch for you, and if you are the first in your family to do this and there are no Black doctors in your community, it can be almost impossible.”

Nolen applauded Cook’s motivation and Minaj’s generosity. However, she says the fact that it took a rap star for Cook to get his undergraduate degree should prompt serious discussions about access to education.

“I hope that people look at Artavion’s story and — just as they are amazed by what he’s been able to accomplish and just as they are amazed by the generosity of Nicki Minaj — I hope they are frustrated and disappointed and moved. Because a miracle had to happen in order for him to gain access to a career in medicine,” Nolen said. “If we’re depending on miracles to decide the future of healthcare and the health of our country, then that’s simply not going to be enough.”

A writer and activist who has published numerous articles about racial disparities in health and educational opportunities, Nolen says that the future of a student like Cook is key to correcting the inequities of the present. “Him having access to a career in medicine is what is going to determine the health of our society,” she says.

Cook is hard at work studying. He no longer wants to be an anesthesiologist; he wants to become a trauma surgeon. He now believes he is capable of achieving his childhood dream in a way he didn’t think was possible just a few years ago.

“So many people have asked me in the last few weeks, ‘What motivates you?’ And I would say that, ‘Yes, I love science, and I’ve always loved science,’ ” he said. “But what motivates me and keeps me going is knowing that one day I’ll be able to take away some of that pain I saw growing up and just be able to help people.”

Laura Arenschield is a Columbus, Ohio–based, award-winning reporter for MDedge who has been writing about science and health for more than a decade.