Pressley: Sens. Loeffler, Perdue ‘the Bonnie and Clyde of corruption’ 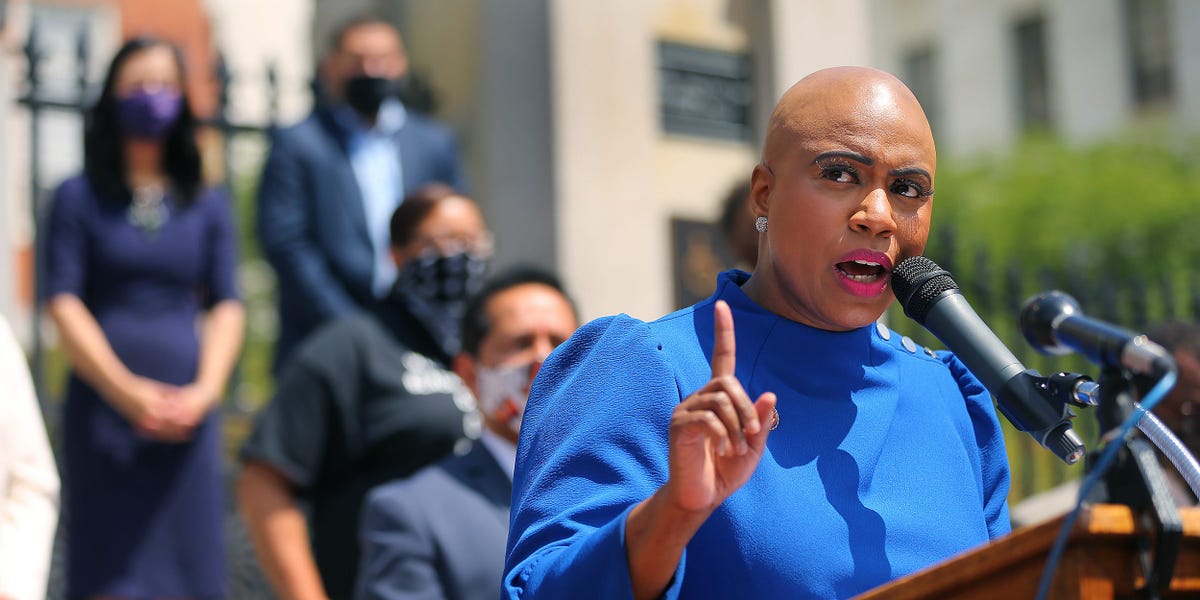 During an appearance on MSNBC’s “The ReidOut” with host Joy Reid, the Massachusetts Democrat spoke about turning out voters for the January 2021 runoff elections in the state, which will determine control of the US Senate.

“Georgia, do your thing,” she said. “I know we’re asking a lot of Georgia. But do your thing, Georgia. Do what you do. All eyes are on Georgia. [Senate Majority Leader] Mitch McConnell [of Kentucky]…Loeffler, Perdue — they are the Bonnie and Clyde of corruption.”

She added: “They are all the same. We need to regain control of the Senate. Georgia, do what you do.”

An analysis by The New York Times showed that Perdue sometimes made more than 20 stock transactions in one day, and he made nearly 2,600 trades during his first term in office. His financial transactions came under scrutiny this past year, with the Times reporting that “the Justice Department had investigated the senator for possible insider trading in his sale of more than $1 million worth of stock in a financial-analysis firm, Cardlytics.”

Though prosecutors ultimately did not file charges, questions lingered about stock trading among all senators and potential conflicts of interest.

Earlier this year, the Justice Department began an investigation into Loeffler after she sold millions of dollars’ worth of stock in January after a briefing about the coronavirus. No charges were filed in her case, and she has denied any wrongdoing, calling attacks against her “a political witch hunt by the fake news media.”

On December 15, President-elect Joe Biden visited Georgia to stump for the challengers to Loeffler and Perdue, Democrats Raphael Warnock and Jon Ossoff, respectively.

Loeffler, who is running in a special election to fill the remaining term of GOP Sen. Johnny Isakson, and Perdue, who is running for reelection to a second term, both fell below the 50% threshold to win their races outright, which necessitated runoff elections.

The 2020 elections produced a 50-48 advantage for the Republicans, with the outstanding Georgia Senate races making the difference in McConnell keeping control of the chamber or Senate Minority Leader Chuck Schumer of New York becoming the new majority leader. If Democrats can win both seats, Vice President-elect Kamala Harris would be able to break tie votes, giving the party control of the Senate for the first time since 2015.

As of Friday morning, over 1.1 million voters had already cast ballots for the runoff elections, according to Reuters.

Man charged in Capitol riot took a bus paid by...