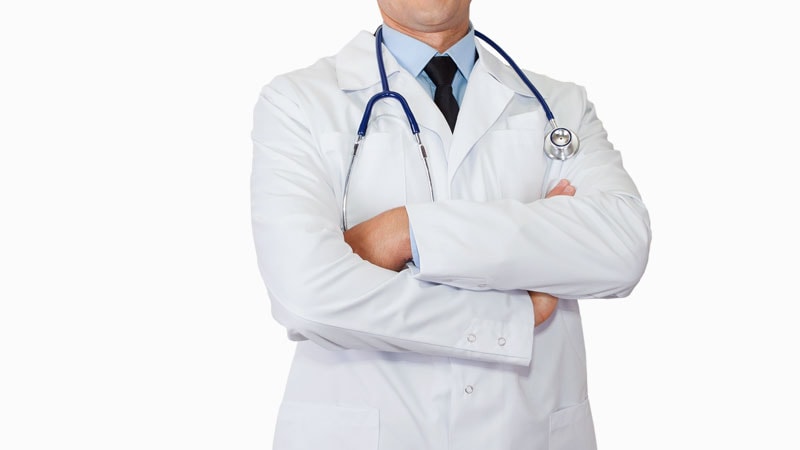 Physicians wearing white coats were rated as significantly more experienced and professional than peers wearing casual attire. Regardless of their attire, however, female physicians were more likely to be judged as appearing less professional and were more likely to be misidentified as medical technicians, physician assistants, or nurses, found research published in JAMA Network Open.

While casual attire, such as fleece or softshell jackets emblazoned with the names of the institution and wearer, has become more popular attire for physicians in recent years, the researchers noted theirs is the first published research to identify associations between gender, attire, and how people distinguish between various healthcare roles. The study authors launched their web-based survey from May to June 2020 and asked people aged 18 years and older to rate a series of photographs of deidentified models wearing healthcare attire.

Inner wear choices were business attire versus scrubs with and without outer wear options of a long white coat, gray fleece jacket, or black softshell jackets. Survey respondents ranked the images on a 6-point Likert scale with 1 being the least experienced, professional, and friendly and 6 being the most experienced, professional, and friendly. Survey respondents also viewed individual images of male or female models and were asked to rate their professionalism on a scale of 0-100 — with 100 as the “most professional” as well as to identify their profession as either physician, surgeon, nurse, medical technician, or physician assistant.

“I remember attending my white-coat ceremony as a medical student, and the symbolism of it all representing me entering the profession. It felt very emotional and heavy and I felt very proud to be there. I also remember taking a ‘selfie’ in my long white coat as a doctor for the first time before my first shift as a resident. But, I’ve also been wearing that same white coat, and a large badge with a ‘DOCTOR’ label on it, and been mistaken by a patient or parent for something other than the physician,” Alexandra M. Sims, a pediatrician and health equity researcher in Cincinnati, said in an interview.

“So, I’d really hope that the take-home here is not simply that we must wear our white coats to be considered more professional. I think we have to unpack and dismantle how we’ve even built this notion of ‘professionalism’ in the first place. Women, people of color, and other marginalized groups were certainly not a part of the defining, but we must be a part of the reimagining of an equitable healthcare profession in this new era.”

As sartorial trends usher in more casual attire, clinicians should redouble efforts to build rapport and enhance communication with patients, such as clarifying team members’ roles when introducing themselves. Xun and coauthors noted that addressing gender bias is important for all clinicians — not just women — and point to the need for institutional and organizational support for disciplines where gender bias is “especially prevalent,” like surgery.

“This responsibility should not be undertaken only by the individuals that experience the biases, which may result in additional cumulative career disadvantages. The promotion of equality and diversity begins with recognition, characterization, and evidence-supported interventions and is a community operation,” Xun and colleagues concluded.

“I do not equate attire to professionalism or experience, nor is it connected to my satisfaction with the physician. For myself and my daughter, it is the experience of care that ultimately influences our perceptions regarding the professionalism of the physician,” Hala H. Durrah, MTA, parent to a chronically ill child with special healthcare needs and a Patient and Family Engagement Consultant, said in an interview. “My respect for a physician will ultimately be determined by how my daughter and I were treated, not just from a clinical perspective, but how we felt during those interactions.”