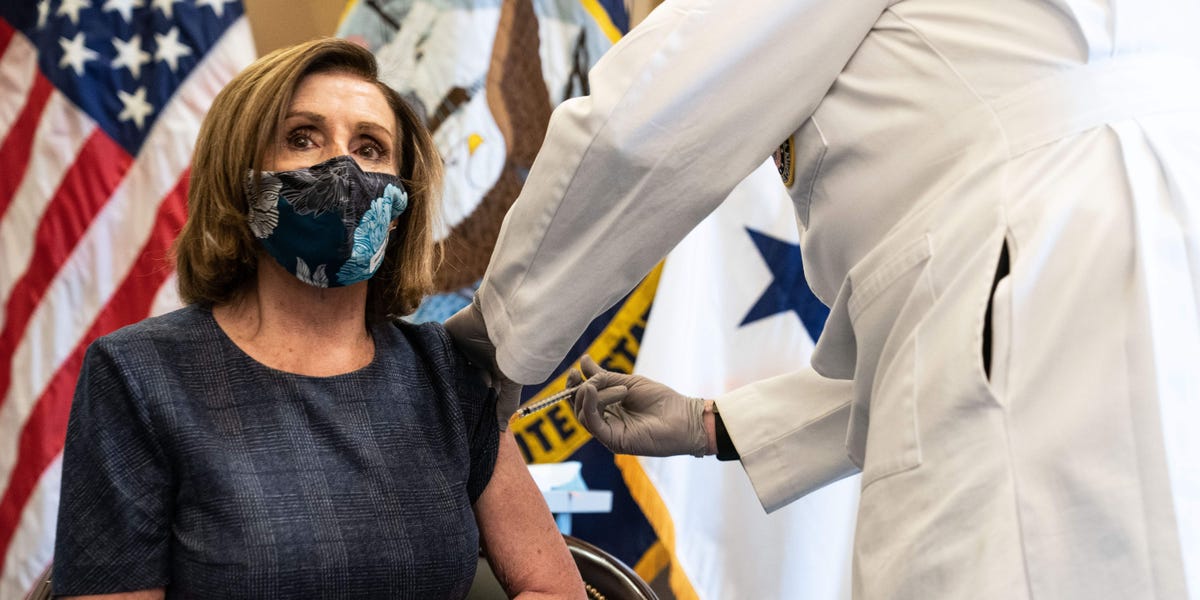 Vice President Mike Pence on Friday received the first of the two-part COVID-19 vaccine, developed by Pfizer and BioNTech, in a public event that was live-streamed by the White House and carried by major news outlets.

His wife, Second Lady Karen Pence, and US Surgeon General Jerome Adams, also publicly received their first dose of the vaccine on Friday. Their public vaccinations marked an attempt by the White House to convince Americans that the vaccine is safe amid baseless conspiracy theories and other fears surrounding it.

While experts have said the vaccine for COVID-19 will not be widely available until later next year, a number of lawmakers and other officials moved to the front of the line to get publicly vaccinated as part of “continuity of government” protocols. Though, as RollCall reported, it’s unclear from which supply these vaccines are coming.

Vaccination distribution is otherwise left up to state governments, although the Centers for Disease Control and Prevention have recommended it first be administered to healthcare workers followed by at-risk populations, like nursing home residents.

Many lawmakers and officials, like Pence on Friday, have since shared photos of themselves receiving the shots as a means of instilling public trust in the vaccine, which was authorized last week by the US Food and Drug Administration for emergency usage.

One lawmaker, South Dakota Rep. Dusty Johnson, said Friday he would allow his constituents to decide if he took the vaccine now, as a means to help instill public confidence, or if he should instead wait until it was more widely available to the general population.

The vaccine rollout comes during a nationwide surge in COVID-19 cases, which has killed more than 315,000 people in the US, according to data from Johns Hopkins University.

Here are lawmakers and officials who have shared news of their vaccinations.