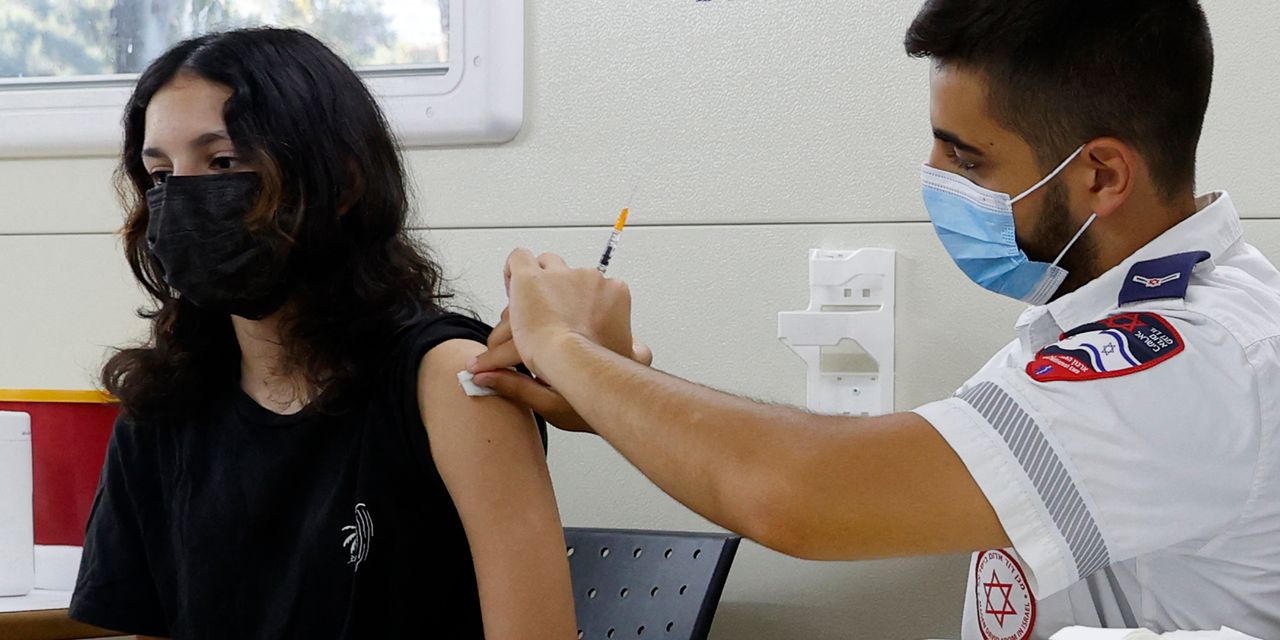 Israel this week said the delta variant is blunting the effectiveness of BioNTech
BNTX,

COVID-19 vaccine, but how well a vaccine works is going to fluctuate in the real world, and a single data point may not tell the whole story.

The Middle Eastern country began vaccinating its population earlier than the rest of the world and primarily used the Pfizer shot as part of a deal signed in January with the drug company to gather and share real-world evidence from the vaccine rollout.

The immediate response to Israel’s tweet was worry. The delta variant is rapidly becoming the most dominant form of the virus, including in the U.S., where it now is being blamed for 51% of new cases. Pfizer came out on Thursday with a statement saying that declining efficacy reported by Israel may mean that a third dose, or a booster shot, will be needed within a year of getting vaccinated.

But medical experts caution against taking too seriously a stand-alone data point, especially one that has not been independently verified by scientists, even if it signals a much lower rate of protection than the 95% efficacy that came out of Pfizer’s vaccine trials back in 2020.

“The Israel data is still yet to be investigated,” said Kawsar Talaat, an associate professor at the Johns Hopkins Bloomberg School of Public Health. “I didn’t see any data. But what they did say, which is incredibly reassuring, is that it was still [93%] effective against severe disease and hospitalizations.”

Vaccine effectiveness may be a moving target

A vaccine’s effectiveness rate is always going to be somewhat lower than the efficacy rate. (Medical researchers use the term “efficacy” to describe data that come out of tightly controlled clinical trials and “effectiveness” once a vaccine or medicine is being used in the real world.)

One reason is that people who participate in vaccine studies tend to be healthier than the general public, according to Talaat, citing the absence from the clinical trials of people with cancer and transplant recipients.

The studies were also conducted at a time when we were all doing more to avoid the virus, by wearing masks, avoiding large gatherings and staying home. The delta variant had yet to be detected in India.

But as we move back into the world, there are more chances to come into contact with people who are infected. And that’s going to increase the risk, however minimized, of contracting the virus, even if it turns out to be a mild or asymptomatic breakthrough infection in someone who is vaccinated.

“We know that masking works. We know that social distancing works,” Talaat said. “But is that really the way we want to live our lives? Or do we want to go back to a more normal life where we can mingle, and we can see our friends, and we can send our kids to school safely. And, again, the way to do that is to get vaccinated.”

And as mass vaccination campaigns have rolled out and real-world data roll in, we’ve seen new — and slightly different — effective rates for the vaccines.

Public Health England said in March that Pfizer’s vaccine has an efficacy rate of 85% to 90% in adults 70 years old and older in the U.K. Pfizer said April 1 that its vaccine had efficacy of 91.3%, based on six months of follow-up data among the Phase 3 clinical trial participants. Canada said in May that Pfizer’s and Moderna’s
MRNA,

The Israeli data also raise an important question that it may be too early to ask: Does the declining effectiveness rate have to do with waning protection among the vaccinated given how early Israelis began receiving their shots?

“I don’t think we should undervalue the Israel data, but I think it has to be studied more carefully,” said Robert Hecht, a professor of clinical epidemiology at the Yale School of Public Health. “Unfortunately, here in the U.S., we’re not able to study this as well as the British or the Israelis because their health system and their lab system enables them to look at a pretty representative sample of these breakthrough infections and find out whether the person was already vaccinated or not.”

The delta variant is a concern, but there’s no need for ‘panic mode’

The delta variant’s rapid takeover is worrisome, though it is still unknown at this time whether COVID-19 infections that occur as a result of this variant lead to more severe disease, which can cause hospitalization or death down the line.

“The world is understandably worried about the delta virus variant,” Anthony Fauci, director of the National Institute of Allergy and Infectious Diseases and a top medical adviser to President Joe Biden, told reporters on Thursday. “The vaccines indeed are effective against it.”

This form of the virus is more infectious and is responsible for spikes in states like Arkansas, which this week had its highest one-day increase in COVID-19 cases since mid-February, and Louisiana. Both states have vaccination rates below 35%.

About 47% of Americans have been fully vaccinated, though vaccination is less common in parts of the Midwest and in the South, according to the Centers for Disease Control and Prevention.

“We still need to convince people that COVID vaccines really work and make a huge difference,” Hecht said. “This is the overwhelming happy story about what’s happened. We can fret and we should fret about the variants and about delta. But we need to step back and look at how far we’ve come.”

The public health view is that mitigation measures like wearing a mask or social distancing help protect us, but the vaccines, in particular the mRNA shots, are considered the best tool at our disposal.

“Don’t lose sleep and don’t go into panic mode and started hyperventilating about delta or any other future strain,” Hecht added, “but don’t become complacent.”