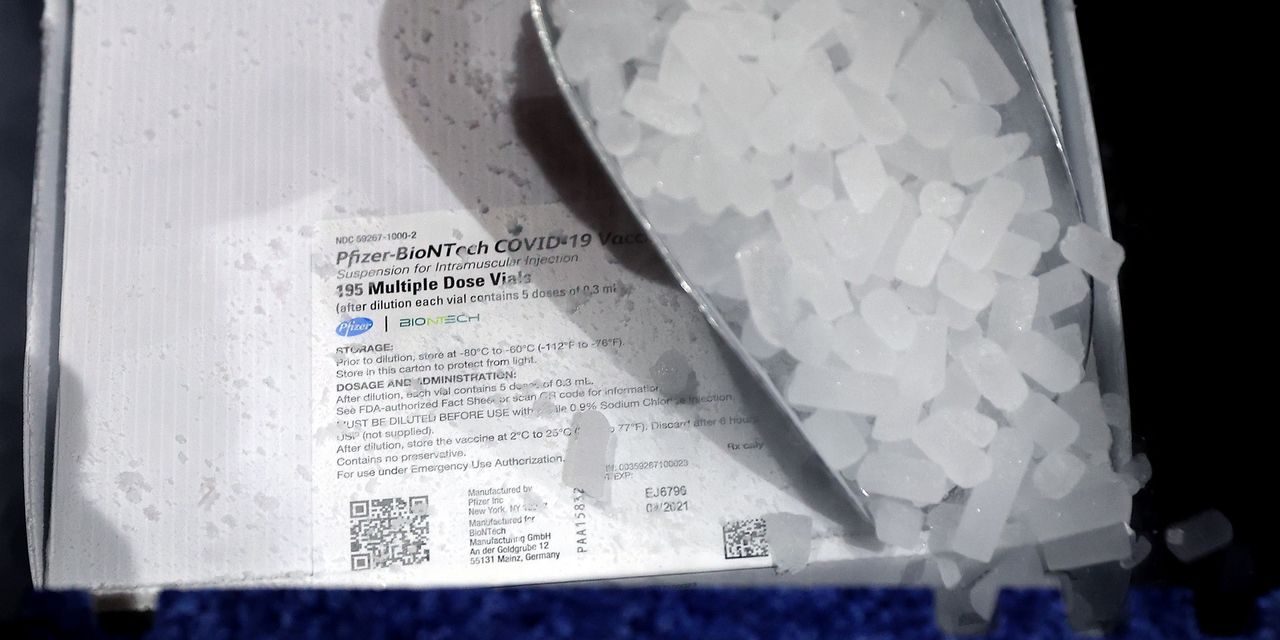 The COVID-19 vaccine developed by Pfizer and BioNTech appears to provide protection against the new highly contagious U.K. and South African variants, according to a preliminary study.

and the University of Texas Medical Branch, indicated that antibodies in people who had received their vaccine were effective in neutralizing a key mutation shared by the two highly transmissible strains.

The study, which was published on Thursday on preprint server bioRxiv, hasn’t yet been peer reviewed.

The scientists cautioned that the findings were limited as they didn’t look at the full set of spike mutations in the new strains but were “encouraged” by the results focused on the key N501Y mutation. They added that the vaccine appeared effective against the new mutation as well as 15 other mutations previously tested.

“We’ve now tested 16 different mutations, and none of them have really had any significant impact. That’s the good news,” said Philip Dormitzer, one of Pfizer’s top viral-vaccine scientists, in a report by Reuters. “That doesn’t mean that the 17th won’t.”

said, in a statement on Friday, that the company would be able to adjust the vaccine if the virus were to mutate to the extent that it needed to be updated to provide protection.

Shortly after the U.K. variant was discovered in December, BioNTech Chief Executive Uğur Şahin said adjustments could be made to the vaccine within six weeks, although that might require regulatory approval.

The U.K. strain, which Prime Minister Boris Johnson said could be 70% more transmissible, has rapidly spread across the country in recent weeks, leading to a third national lockdown. On Thursday, the U.K. recorded 1,162 daily deaths, the second highest figure since the COVID-19 pandemic began. Health secretary Matt Hancock also revealed the discovery of a second variant from South Africa.

From next week, all international arrivals to England, including those from South Africa, will be required to present a negative COVID-19 test taken up to 72 hours before departure, the government announced on Friday.

Earlier, European Commission President Ursula von der Leyen announced that the 27-member bloc had purchased up to 300 million additional vaccine doses of the Pfizer–BioNTech vaccine, doubling its current stockpile of the shot.

The news comes amid growing criticism that the European Union’s rollout of its mass immunization program had been too slow.

Read: Why France’s blundering COVID vaccination campaign is seen as a Macron fiasco and failure of ‘ruling elites’

In addition to the BioNTech–Pfizer vaccine, a second vaccine, produced by biotech Moderna
MRNA,
,
was authorized by the Commission on Jan. 6. Other vaccines are expected to be approved soon.

In a further effort in the fight against COVID-19, researchers on Thursday found that two drugs used to treat arthritis cut the risk of death for people with severe cases of COVID-19 by a quarter, if they are given them within 24 hours of entering intensive care.

Read: Aspirin to be investigated as potential treatment for COVID-19

The REMAP-CAP clinical trial, led by Imperial College London and backed by the U.K. government, found that tocilizumab — Roche’s
ROG,

Kevzara — which both suppress the immune system, reduced risk of death by 24% for critically ill patients and time spent in intensive care by up to 10 days, the ministry of health said in a statement.

“The data shows that tocilizumab, and likely sarilumab, speed up and improve the odds of recovery in intensive care, which is crucial for helping to relieve pressure on intensive care and hospitals and saving lives,” said deputy chief medical officer Professor Jonathan Van-Tam.

6 Dr. Seuss Books Will No Longer Be Published ...