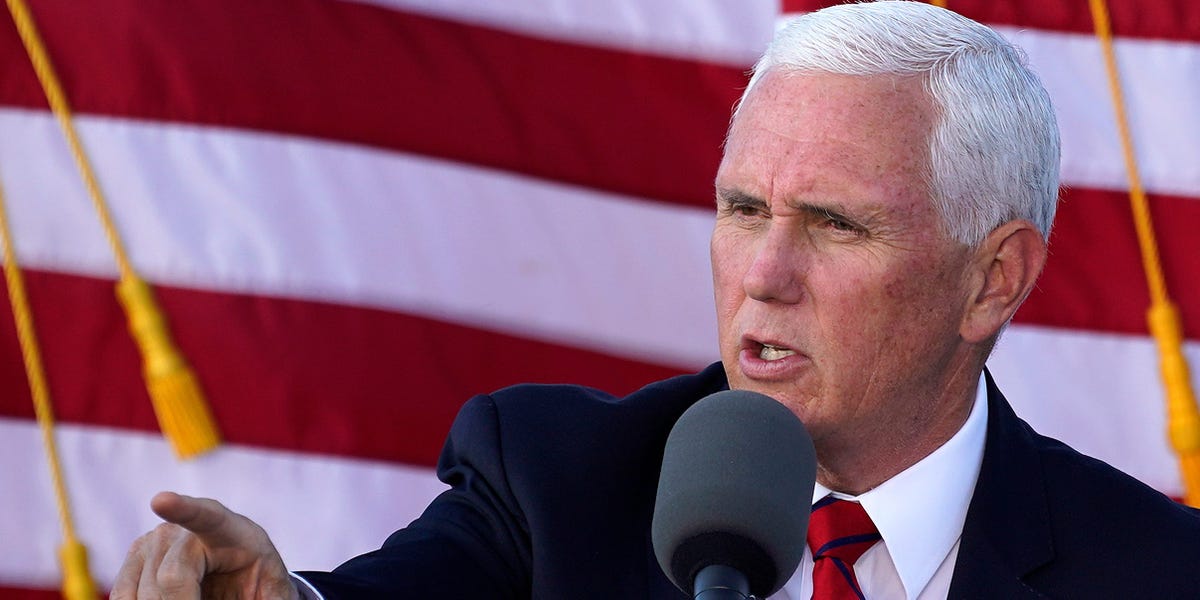 “Vice President Pence shares the concerns of millions of Americans about voter fraud and irregularities in the last election,” Marc Short, Pence’s chief of staff, said in a statement, The Washington Post reported.

“The vice president welcomes the efforts of members of the House and Senate to use the authority they have under the law to raise objections and bring forward evidence before the Congress and the American people on January 6th.”

The statement came after Republican senators and representatives indicated they will object to the certification of the Electoral College votes.

President-elect Joe Biden won the election by receiving 306 electoral votes compared to President Donald Trump’s 232. The results have been certified in every state, and presidential electors cast their votes last month.

The electors’ votes are due to be certified Wednesday during a joint session of Congress that is usually procedural, confirming the winner that voters and the Electoral College have already chosen.

As vice president, and president of the Senate, Pence will oversee the certification of the results.

But Sen. Ted Cruz of Texas announced Saturday he would oppose certification, and he is expected to be joined by about a dozen other senators. Cruz’s effort is seeking a 10-day emergency audit of the election results.

Sen. Josh Hawley of Missouri had also indicated Wednesday he would oppose the certification.

The objecting senators have expressed concerns over the integrity of the election, although dozens of lawsuits concerning election fraud have been unsuccessful. The Justice Department also said it found no evidence of widespread fraud that would change the election results.

Some Republican senators, including Sen. Mitt Romney of Utah, have said they will not support effort to challenge the election results.

Meanwhile, at least 140 House Republicans are also planning to vote against certifying the Electoral College vote on January 6.

Objections by members of the House and Senate could delay the certification of the results, but would not change the election results in any US state.

Pence’s indication of support for the efforts came one day after a lawsuit against him was dismissed in court.

Rep. Louie Gohmert of Texas led a bid to sue the vice president over his role in overseeing the certification process set for Wednesday. Gohmert argued Pence should have the authority to accept or reject the election results of individual states, which would give him the opportunity to reject votes from states won by Biden.

Before the court ruling, Pence and the Justice Department asked the judge to stop the lawsuit, which was already unlikely to succeed.

US Capitol complex was locked down due to 'ext...