Home > Business > Pence faced no LGBTQ questions at the debate. That’s a failure.

Pence faced no LGBTQ questions at the debate. That’s a failure. 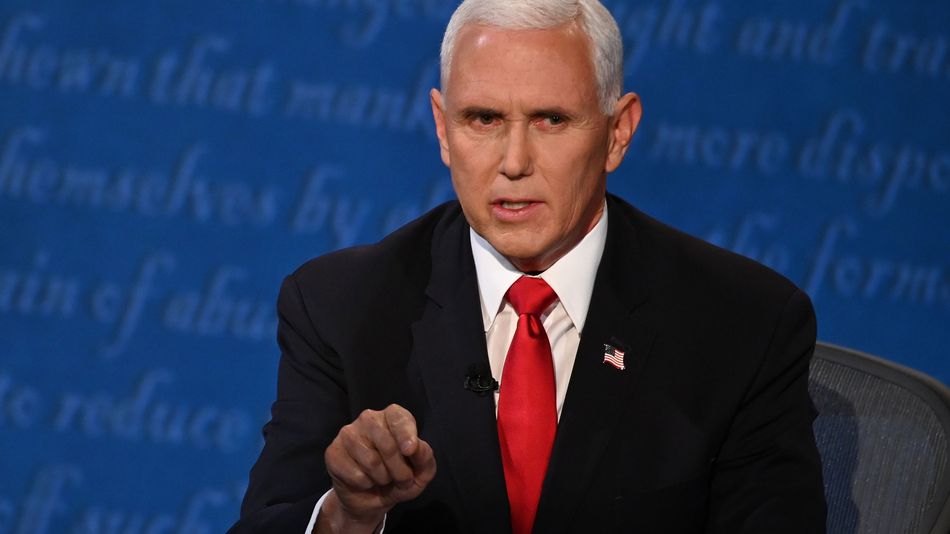 Even if we’re going to be talking about that fly for a while, there’s one thing Mike Pence didn’t have to answer to at Wednesday’s vice presidential debate, and it’s especially harmful: His abysmal, career-spanning track record on LGBTQ issues.

Questions about Pence’s anti-LGBTQ actions and comments would have been crucial to LGBTQ voters and their allies, advocates say.

“This is the fourth missed chance in a nationally-televised forum of the general election to address any LGBTQ issues,” GLAAD president and CEO Sarah Kate Ellis and later reiterated to Mashable via email. ” … LGBTQ voters may cast the deciding votes in this election and we need to be a part of the conversation. The moderators must include us. The candidates must acknowledge us. LGBTQ people deserve to know where the candidates stand on issues of life and death to us. We will continue to demand to be seen and heard.”

Some LGBTQ organizations even drafted questions that could’ve been asked at the debate, but none were brought up by the moderator, Susan Page, Washington Bureau chief of “USA Today.”

His anti-LGBTQ track record runs deep. In his run for Congress in 2000, Pence wrote on his website that Congress should not recognize LGBTQ individuals as a “discreet and insular minority” eligible for anti-discrimination protections, and that Congress should “oppose any effort to put gay and lesbian relationships on an equal legal status with heterosexual marriage.”

As a member of Congress, Pence routinely opposed the expansion of LGBTQ rights. He supported a failed constitutional amendment introduced in 2003 attempting to define marriage as a union between a man and a woman, opposed same-sex marriage, voted against a law that would ban LGBTQ workplace discrimination, and opposed the quashing of military policy that forbade soldiers from openly identifying their sexual orientation.

During his tenure as governor of Indiana, Pence signed the Religious Freedom Restoration Act, which critics argued would allow for LGBTQ discrimination from businesses. Pence waffled in his stance: First, he stood by it, then he avoided any questioning about whether or not the law would discriminate the LGBTQ community. Finally, he revised the law to include LGBTQ protection, following intense criticism from business leaders, celebrities, and moderate Republicans.

The matter of religious freedom underscored recent developments that have heightened the urgency of securing protections for LGBTQ folks. On Oct. 5, in their first meeting since Ruth Bader Ginsburg’s death, Supreme Court Justices Clarence Thomas and Samuel Alito criticized the landmark Obergefell v. Hodges decision from 2015, which legalized same-sex marriage.

Thomas, joined by Alito, wrote the decision “enables courts and governments to brand religious adherents who believe that marriage is between one man and one woman as bigots, making their religious liberty concerns that much easier to dismiss.” They implied the court may revisit the issue, writing it “created a problem that only it can fix.”

This recent threat to LGBTQ rights only made the lack of questioning on Pence’s views all the more glaring for many LGBTQ organizations, viewers, and allies.

In response to the blatant omission, other LGBTQ organizations and Twitter users shared their thoughts, and they weren’t pleased.

Confirmed: The fly has more to say about LGBTQ rights than either candidate did tonight.

If I remember 2016 correctly, this is the second VP debate with Mike Pence in which LGBTQ rights never came up.

it is so, so, so disappointing to see yet another debate in which Trump and Pence are not held accountable for their ENDLESS ATTACKS ON LGBTQ PEOPLE

Shutting things down for the night but just want to point out there were no LGBTQ+ specific questions at tonight’s debate.

Stick to your favorite growth stocks and ‘ju...

The Future of Car Navigation Has Arrived...