Our 7 favorite weather apps, now that Dark Sky is dead As of August 1, Dark Sky is dust — at least for us Android users. At the end of March, it was announced that Apple had acquired the popular weather app and would be shutting off Android access on July 1. Turns out the company would end up extending that deadline by a month. Whoop-de-doo. But since then, we’ve seen a fake Dark Sky app pop up and then get put down in the Play Store. We get it: people are passionate about their weather apps. So, as Dark Sky finally makes it to pasture tomorrow, we’re once again updating our list of our favorite Android weather apps.

The main appeals of any weather app are aesthetics, the capacity to give an accurate forecast, and how much detail it provides. Dark Sky gave users a clean interface and short verbal forecasts explaining what might happen in a given period. Its API, as described here, harvested resources from many meteorological agencies and may include its own forecasting models. It’s the very API that has made its way to other apps like CARROT and Overdrop so that their devs can focus on UX without having to worry about doing the math — alas, the toolkit won’t be available to use beyond 2021. However, results are only as good as the data one puts in and that data, as Dark Sky attributes here, can be pulled from public sources that everyone has access to.

So, with all these virtues in mind, we’re recommending four apps that are admittedly off the beaten path and — new for this update — taking up three apps our readers claim to use.

Norwegian public broadcaster NRK has a website called Yr and there’s an app by the same name — Yr, means “drizzle.” Data is sourced from the Meteorologisk Institutt and while nearly all of its reporting stations are within Norway, it also pulls numbers from global weather services plus public and private Netatmo and Holfuy weather stations. A full list can be found here.

Since our original post, Yr has done some reorganizing. It now defaults on the Forecast tab which features three screens. The first one is Sky, a self-explanatory view which also includes a verbal forecast and the usual temp, wind, and condition stats. Scrolling along the screen tells you the forecasted conditions hour-by-hour for the next few days. Sunrise and sunset information appears during relevant hours of the day. The Table and Graph screens provide the same information in those respective formats.

The new Around You tab can show additional vertices such as UV index. We presume there are others, but its functionality is fairly limited outside of Norway.

Finally, there’s the Map tab. It plots out current conditions for nearby locations over the next several dayparts and, according to this commenter in Denmark, also may contain radar information, though we haven’t been able to see it.

All in all, Yr should handle most of your daily weather questions. 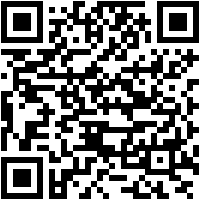 This one’s for nerds who like visuals. Flowx uses complex operational models from government and private agencies. Two are available for free — NOAA GFS and CMC GDPS runs — with up to 16 more upon annual subscription.

Flowx centers a map with eight layers available to inspect — precipitation, satellite, temperature, barometric pressure, wind speed, wave heights, wind circulation, and wave circulation. The top third of the screen features temperature, wind speed, and precip trends on one graph and temperature difference trends on the other. You can scroll to track conditions hour by hour for the next 6 days with stats appearing on a narrow band at the top of the map.

There are three annual subscription tiers: at the $5 level, users get a 10-day range, extra map layers, and customizable graphs; $10 a year will get you four more models, and; $15 gets you the rest. 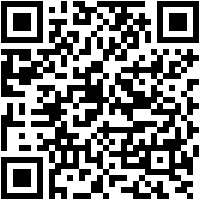 Here’s a no-frills weather app that takes data solely from the United States National Oceanic and Atmospheric Administration. It offers the same forecast products as its National Weather Service website does, but in a more usable mobile format as the NWS has yet to make it out of the 2000’s.

The map has four data layers you can toggle on — radar, cloud, wind, and surface pressure — in which you’ll be able to see animated loops of the past hour of activity (8 hours for satellite data). Searching for a city or town or pulling out the overflow menu and narrowing down to your current location will give you the current conditions, watches, warnings, and 7-day forecast for the National Weather Service’s nearest reporting site. Tapping on a future period will give you hourly predictions on several vectors. At the bottom of the page is the vaunted forecast discussion from the local NWS office.

The free version runs with ads, but you can either pay $2.99 or get Play Pass to remove them. 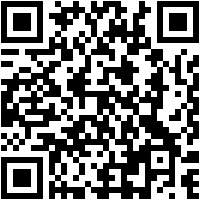 We’ve updated our list in time for Dark Sky’s revised August sunsetting with another option, this one being for all you estranged Windows Phone fans out there: Appy Weather.

This paid app graced the platform that always seemed to sit on the edge of its own event horizon for 5 years before Microsoft officially let it die in 2019. Developer Bardi Golriz decided to make the leap to Android and was rewarded with with a Google Play “Everyday Essentials” endorsement last year.

Information is presented in a starkly simple way: a top-line number and short description for each daypart. Tapping on each box shows additional data while selecting vectors on the bottom-mounted carousel changes what numbers appear in large print on the screen. Forecasts can be viewed as hour-by-hour and day-by-day lists or as an annotated chart.

Radar isn’t a strong suit for Appy Weather. Golriz implicitly acknowledges this as the map view is actually taken from the Dark Sky site itself — Dark Sky is the default data provider for the app.

Paying $4 a year for the Plus tier unlocks widgets, heads-up notifications and status bar icons. It also takes away the small, unobtrusive ad in the Timeline pane. On the Pro level at $1 per month or $10 a year, users can customize notifications, zoom into and toggle layers for the radar, and scrape data from Foreca and OpenWeather.

In all honesty, Appy isn’t this author’s cup of tea — I crave for less scrolling and more data — but I know of members in the Android Police team and a lot of our readers are down for glanceable, straight-to-the-point personal forecasts. Plus, if you like changelogs, Golriz’s got a page for that. So, this pint’s for y’all — cheers! All you need to know fits onto one scrolling screen — you can choose which modules you want to see in what order by tapping into the settings. You can also choose from 11 data sources ranging from an in-house API to NOAA and even Xiaomi. Forecast ranges and verbal delivery will change with the source.

The free version of the app has ads and locks access to extended theming options, three more data sources (including Dark Sky through 2021), approaching rain alerts, and four map layers. You can support the developers with a $2 subscription that lasts 6 months, a $3 annual sub, or you can make a one-time payment of $7. 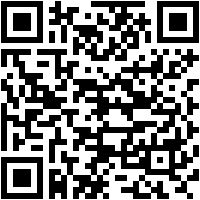 If you like what you see from Today Weather, but would rather have more of it for free, try Weawow. It’s missing a few pieces here and there — namely, you can’t save multiple locations and there are fewer sources for data — but it gets about 95% of the way there and perhaps fits the entire bill for its users.

The main interface spotlights a user-submitted photo taken close to where you are reflecting the current sky cover. The quality of these shots, in my personal opinion, is hit or miss, but I can appreciate the gesture of having such a medium.

As with Today Weather, modules containing metrics and graphs populate the screen below. The hourly and daily charts can be expanded into table form.

What’s exciting here is that you get the full map treatment without having to pay anything! It shows historical, current, and future winds and radar from their current or chosen location and an additional pinpoint that you can place on the screen — that’s the yellow dot you see in the left-hand snapshot and, if we can fault the dev for anything, we wish we could just take it off the screen. The animation mode here is a bit ambitious, but falls short of portraying a clear progression of weather as it needs to load both the wind animations and the precip echoes for each hour. However, tapping on the folded map icon in the lower-left corner brings you to a variety of single-layer views — those animations are less cluttered, faster-loading, and more understandable.

As we said up top, the backend here is tremendously changeable. Weawow uses one of a number of APIs for data at any particular moment — that includes Dark Sky for the time being, but there’s also Norway’s Meteorologisk Institutt, Weatherbit, and World Weather Online. You can also customize daily push notifications, a persistent notification, and home screen widget to your level of curiosity and aesthetic liking.

The app runs without ads and is free to use. However, you can opt to donate a small amount through an in-app purchase or subscription as processed by the Play Store or with PayPal — a donation also unlocks AccuWeather sourcing. You can submit and sell photos through Weawow’s picture-sharing platform, again, accessible from the app. We’ve got another app that’s all about the maps with MyRadar. It’s leagues ahead of your typical weather app with high-resolution radar and smooth animations.

With the number of layers available, this thing would have a down comforter beat: temperature (plots and map texture), satellite, lightning tracker, weather fronts, earthquakes, and wildfires to name some. They don’t all play nice with each other when it comes to visibility. We also don’t like the fact that we have to hop into the layers menu to toggle between past information and future outlooks. But hey, we’ve got rain notifications for free, here!

There’s also a planetary explorer mode that lets users check out Mars through a model (including points of where NASA’s rovers are) and photos. Plus, you can check out planets from Star Citizen, a first-person multilateral game set in a fictional universe and currently in alpha. It’s a hoot if you’re into that stuff. The $4 premium app removes ads and brings a larger, contiguous radar picture. There’s a Hurricane Tracker mode that can be purchased within the app for $3, a NEXRAD Level II radar layer for $7, and an FAA map texture featuring updated flight rules information for $25 a year.

MyRadar is quite comprehensive if you’re into visual weather information and a pretty good choice even if you’re at all worried about dealing with rain or snow.

An honorable mention goes out to the Windy.com app — we suggest you only dive in if you know what you’re looking for. There’s also WeatherPro, a contingent that we put our hands on last month and found it satisfying.