Home > Health > Opioid Use Reduced by 20%, but What About Patients With Cancer?

Opioid Use Reduced by 20%, but What About Patients With Cancer? 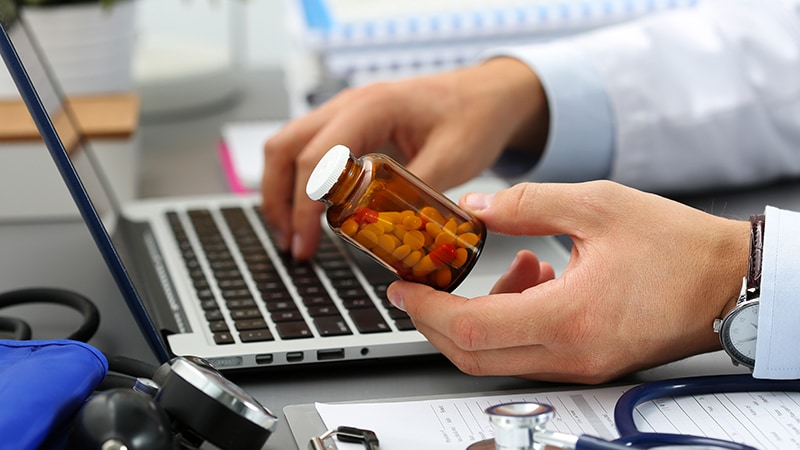 Regulations to curb opioid abuse might be blocking legitimate access by cancer patients who need opioids for pain, according to a review of Medicare prescription claims data.

“Given similar declines in opioid prescribing among oncologists and non-oncologists, there is concern that opioid prescribing guidelines intended for the non-cancer population are being applied inappropriately to patients with cancer and survivors,” say the investigators, led by Vikram Jairam, MD, therapeutic radiology resident at Yale University School of Medicine, New Haven, Connecticut.

“While caution against opioid misuse in cancer survivors is certainly warranted, appropriate pain management is equally as critical to ensure the best quality of life for these patients,” they comment.

The review was published online on August 12 in the Journal of the National Cancer Institute.

“An important unanswered question” in this study “is whether the reductions in opioid prescribing observed were appropriate or inappropriate,” say medical oncologists Andrea Enzinger, MD, and Alexi Wright, MD, of the Dana-Farber Cancer Institute, Boston, Massachusetts, in an accompanying editorial.

To answer this, it is essential to determine whether reductions occur “in patients on active treatment, cancer survivors, or those with advanced disease ― for whom preserving opioid access is of utmost importance,” they say.

Over the past decade, multiple legislative and policy efforts have led to a clampdown on inappropriate opioid prescribing during an unprecedented spike in opioid deaths. Although cancer was sometimes excluded from the new regulations, oncologists faced additional perscription hurdles, and reports began to emerge of restricted access for cancer patients, the authors comment.

To get an idea of how these issues have played out nationally, the Yale team turned to Medicare Part D claims data. Their investigation included more than 300 million opioid prescriptions during a 5-year period from 21,041 oncologists and 723,861 non-oncologists, including 4115 palliative care physicians.

Reductions were driven primarily by a 30% drop in hydrocodone-acetaminophen prescribing ― likely related to its reclassification as a schedule II substance in 2014 ― and similar declines in long-acting opioid prescriptions, especially oxycodone.

These reductions corresponded to a 23.1% increase in gabapentin prescriptions among non-oncologists and a 5.6% increase among oncologists. Gabapentin was prescribed as an alternative to opioids, although the “evidence regarding [gabapentin] efficacy in treating cancer-related pain has been mixed,” the authors note.

Opioid prescribing increased by 15.3% (241.9 to 278.9 opioids per 100 beneficiaries; P < .001) among palliative care providers, "suggesting that oncologists and non-oncologists may be referring their patients with chronic pain to specialty care for symptom management," Enzinger and Wright say in their editorial.

“Palliative care is still a relatively small, and primarily hospital-based specialty,” they write. “[W]hether it is capable of taking over pain management for all of these patients remains to be seen.”

The editorialists were also concerned that opioid access might be more difficult now for cancer patients than it was in 2017, when the study’s data window closed.

“It is important to note that opioid regulations have increased substantially since the tail end of the study period when the CDC published influential guidelines on opioid therapy for chronic non-cancer pain [in April 2016]…. Following these guidelines, more than half of states have implemented 7–14 day limits on initial opioid prescriptions, and several commercial pharmacies followed suit with their own restrictions,” they note.

“It will therefore be critical to continue monitoring trends in oncologists’ opioid prescribing as more recent data becomes available. To protect cancer patients’ access, it is critical for policy solutions to lessen rather than add to oncology providers’ workload,” they say.

The study received no external funding. The authors and editorialists have disclosed no relevant financial relaitonships.