Home > Business > Opinion: How to prevent fraud from ruining your retirement

Opinion: How to prevent fraud from ruining your retirement 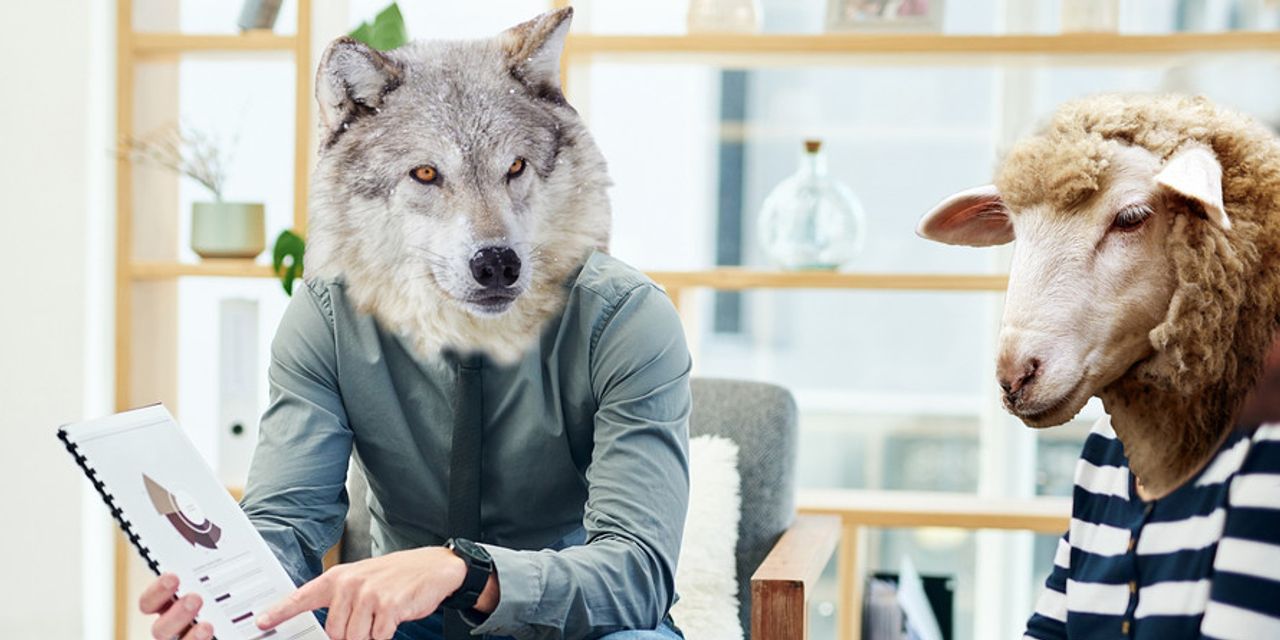 The Federal Trade Commission in 2020, for instance, said consumers lost $1.9 billion due to fraud in 2019. And in 2015, the United States Sentencing Commission said victims of securities fraud suffered a median loss of roughly $3.5 million.

And now, a new paper quantifies the devastation that fraud has on a retiree’s portfolio.

On average, a single, random fraud shock lowers the retiree’s chances of enjoying a successful retirement by 3%, according to Steven Lee, author of Rational Agents in an Irrational World: The Effect of Fraud Shocks on Retirement Portfolio Success Rates.

What’s more, the effect of ongoing annual fraud on portfolio success rates is much worse. A retiree exposed to serial fraud throughout retirement — across all combinations of asset allocations, market returns, withdrawal rates and distribution periods — would never have a 90% probability or better chance of funding their golden years. (Ninety percent or better is the retirement literature’s standard of a successful retirement.) And that’s true even if they withdrew just 3% a year for 15 years from a portfolio with a 100% bond allocation.

You might think 3% doesn’t seem like much. But it works out to an entire year of distributions from a retirement portfolio, according to Lee. What’s more, Lee’s research is based on Monte Carlo simulations so it doesn’t necessarily reflect the actual cost of fraud, it’s an estimate.

Still, the paper goes a long toward highlighting the need for retirees to be on the alert for potential fraud.

Not surprisingly, some are more prone to being defrauded than others.

According to previous research Lee and his co-authors conducted, respondents to a survey who were male, were better educated, were single, younger, and possessed greater net worth disproportionately reported being defrauded in the past five years.

Additionally, respondents to the survey who made responsible spending decisions, specifically those who were more likely to spend wealth over their entire lives as opposed to spending greater percentages of wealth on short-term needs, were less likely to report fraud.

There are specific events when people are vulnerable to retirement plan fraud. “After retirement and/or a lump-sum distribution is a particular point of vulnerability,” Anna Rappaport, chair of the SOA’s Committee on Post-Retirement Needs and Risks said. “Being very careful about lump-sum decisions is also important.”

Read Lump Sum or Monthly Pensions: Which to Take.

Another expert, Christine Kieffer, a senior director of the FINRA Investor Education Foundation, thinks everyone, but especially older adults, are at risk. “When it comes to money, where there is opportunity, there is also risk,” she said. “Financial fraudsters often attempt to evoke strong emotions to convince consumers to hand over money, and older adults may be particularly vulnerable to the effects of heightened emotions on decision making.”

So, what can retirees and would-be retirees do to protect themselves against the potential devastation that fraud could have on their nest eggs?

The first step to avoiding fraud is to recognize that we all are at risk, Kieffer said. “Those who believe they are invulnerable to scams, are all-the-more vulnerable because they are unlikely to take steps to protect themselves.” .

“Moreover, fraudsters often follow in the wake of disasters, and the current environment is no exception,” she added. “Pandemic-related job loss, financial strain and social distancing are conditions that present fraudsters with an opportunity to pounce.”

Cognitive changes can also lead to being defrauded, according to Michael Finke, a professor at the American College of Financial Services. “It isn’t just market risk that could blow up a retiree’s income plan,” he said. “Cognitive changes in old age can make us more vulnerable to the risk of losing our nest egg through fraud. Just as maintaining the right amount of investment risk protects a retiree against ruin in a bear market, all retirees have to seek ways to protect themselves against fraud in old age.”

What are some of those ways? A “commitment to lifelong learning,” is critical, said Lee, who is also an executive vice president with George James & Associates as well as an adjunct professor at California Lutheran University.

Look especially for financial education programs that incorporate fraud deterrence and detection content. Some resources, though not entirely devoted to educating retirees about portfolio fraud, include AARP’s Scams & Fraud; the Federal Trade Commission Bureau of Consumer Protection; the Securities and Exchange Commission’s Office of Investor Education and Advocacy and Retail Strategy Task Force has videos and Investor Alerts to help show investors what fraud looks like; and FINRA’s SaveAndInvest.org.

Rappaport also said education is critical given that SOA research has indicated that retirees and preretirees lack adequate awareness of issues related to fraud.

“Prior knowledge about fraud, even generally, is particularly helpful in avoiding victimization,” she said. Swindlers—who spend their “careers” developing schemes to defraud victims—are continually creating new, innovative scams. Knowing the exact scam is not as important as understanding the types of persuasion tactics that are applied across many different schemes. Research released in March 2021 by the FINRA Foundation and the University of Southern California’s Center for Economic and Social Research provides evidence that repeated exposure to concise, online educational interventions can reduce susceptibility to investment fraud. Keep up with the latest frauds by subscribing to consumer newsletters and seeking out information on current scams.

Read: Here’s when you need a living will or trust

Good investments will be there tomorrow, said Kieffer. “Don’t be pressured into making immediate decisions,” she said. “Develop a refusal script, then practice it. Knowing your exit strategy in advance makes it easier to leave the conversation, particularly if the pressure starts increasing. Better yet, refuse to engage from the outset, especially if the pitch comes over the internet or via an unsolicited telephone call. Let the call go to voice mail. Do not respond to or click on links in unsolicited emails from unknown senders.”

Do additional research before sending any money

Ask questions and look for third-party sources where you can verify information. “Was the offer solicited or unsolicited?” Kieffer asked. “Are they asking for payment upfront, or with gift cards or a wire transfer? What type of professional is the seller and how can you verify this is true? Be your own devil’s advocate and consider the worst-case scenario: Could this be a scam? What if I lose all of the money I give/invest/send?”

“Carefully select and vet your planner or your adviser,” said Lee.

And try to pick one who has a reputable designation, such as a CFP. In other research, Lee and his co-authors discovered that CFP professionals are found to have 0.84 times lower odds of having engaged in culpable advisory-related misconduct than non-CFPs.

Since credibility, titles and designations are easily faked, consumers should independently verify the identity of anyone who claims to be an authority and asks for money or information, said Kieffer.

Use an online tool such as FINRA BrokerCheck.

Rappaport said it’s wise for retirees to work with financial advisers/financial institutions so that they have someone to talk to when they sense that there is something suspicious happening. This includes appointing a trusted contact that they can talk to if they suspect trouble and see something suspicious happening. Employers can also play a role, according to the Labor Department.

If you don’t have a financial adviser, ask for input from others. “Scammers try to isolate their victims,” said Kieffer. “Don’t be afraid to contact a friend or a company or organization you trust for advice. Be sure to turn to individuals unassociated with the deal and a step removed from the emotional ploy of the pitch.”

According to Kieffer, this strategy is helpful because it harnesses collective knowledge about scams and persuasion tactics from friends, family, neighbors, and whoever else is present at the time of the solicitation. “FINRA Foundation research indicates that those who did not have anyone to discuss an offer with—and those who chose not to discuss the over with anyone—were more likely to be victimized by a scam,” she said.

Read: How to find the best places to retire

Fraud is a huge risk to the success of any retirement plan, said Harry Margolis, author of Get Your Ducks in a Row: The Baby Boomers Guide to Estate Planning and blogger. “It ranks right up there with illness, whether cognitive or physical and remarriage.”

According to Margolis, seniors are targeted for scams because that’s where the money is. “They’re often isolated, have time on their hands, and may suffer from cognitive decline,” he said. “Reports also suggest that we get more trusting as we get older.”

From his perspective, the best protection against fraud is transparency and combating isolation. “While it can mean a loss of privacy, seniors should give someone they trust access to their accounts so they can see whether funds are going missing,” Margolis said.

This can simply mean sharing online access with a child, but over time Margolis has become a proponent of using revocable trusts with co-trustees. “That gives the co-trustee both access to see what’s going on and the ability to step in seamlessly if necessary, whether due to evidence of financial fraud or simply the incapacity of the senior,” he said.

And if the senior does not have family members who can serve as co-trustees, they can get a professional trustee, usually a bank, trust company, or attorney to serve in that role, said Margolis.

Rappaport agrees that learning to recognize cognitive decline and planning for someone to take over your finances or to assist you if you start to be cognitively impaired or have trouble is critical. Two resources: Thinking Ahead: Informing the Design of a Roadmap for Keeping Your Money Safe as You Age, which lays out steps to take, and A Conversation on Dementia and Cognitive Decline.

And when you are getting close to the point when you need help, Rappaport said it is important to:

The Consumer Financial Protection Bureau (CFPB) has also published guides to help financial caregivers, particularly those who handle the finances of older Americans, carry out their duties and responsibilities in managing someone else’s money.

Think about your 85-year-old self

Never be afraid to complain

If you suspect fraud or a questionable practice and the explanations that you receive are not satisfactory, do not let embarrassment or concern that you will be judged incapable of handling your own affairs prevent you from filing a complaint, said Kieffer.

For investment-related concerns, contact the SEC, FINRA or your state securities regulator. Senior investors with questions or concerns may call the FINRA Securities Helpline for Seniors at 844-574-3577. For other types of scams, file a report online with the Federal Trade Commission, www.reportfraud.ftc.gov.

“Financial fraud can exact a heavy emotional toll that extends far beyond the monetary loss,” said Kieffer. “While fraud victims often feel as though they should have known better or done more to prevent the fraud, the blame for the crime belongs to the perpetrator, not the victim. Taking steps to attend to your emotional health is also important to prevent further harm.”