Home > Health > One Strikeout, One Hit Against Low-Grade Serous Carcinomas

One Strikeout, One Hit Against Low-Grade Serous Carcinomas 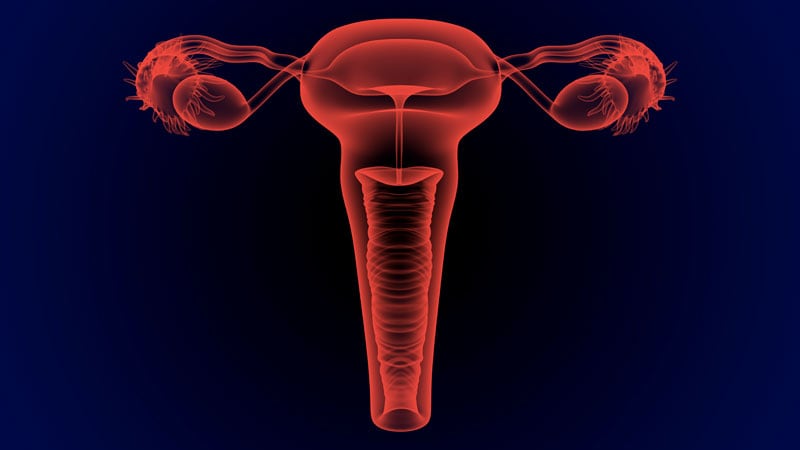 Two MEK inhibitors were tested against recurrent low-grade serous carcinomas of the ovaries, fallopian tubes, or peritoneum, but only one inhibitor offered clinical benefit over standard care, investigators from two randomized trials reported.

“Although this study did not meet its primary endpoint, binimetinib showed activity in low-grade serous ovarian cancer across the efficacy endpoints evaluated, with a response rate of 24% and a median PFS of 11.2 months on updated analysis. Chemotherapy responses were better than predicted, based on historical retrospective data,” said investigator Rachel N. Grisham, MD, of Memorial Sloan Kettering Cancer Center in New York.

The binimetinib trial and the trametinib trial were both discussed during a webinar on rare tumors covering research slated for presentation at the Society of Gynecologic Oncology’s Annual Meeting on Women’s Cancer. The meeting was canceled because of the COVID-19 pandemic.

Low-grade serous ovarian or peritoneal cancers are rare, accounting for only 5% to 10% of all serous cancers, Dr. Gershenson noted.

MEK inhibitors interfere with the MEK1 and MEK2 enzymes in the MAPK pathway. Alterations in MAPK, especially in KRAS and BRAF proteins, are found in 30%-60% of low-grade serous carcinomas, providing the rationale for MEK inhibitors in these rare malignancies.

In a phase 2/3 study, Dr. Gershenson and colleagues enrolled 260 patients with recurrent, low-grade serous carcinoma of the ovary or peritoneum. Patients were randomized to receive either trametinib at 2 mg daily continuously until progression (n = 130) or standard care (n = 130).

Standard care consisted of one of the following: letrozole at 2.5 mg daily; pegylated liposomal doxorubicin at 40-50 mg IV every 28 days; weekly paclitaxel at 80 mg/m2 for 3 out of 4 weeks; tamoxifen at 20 mg twice daily; or topotecan at 4 mg/m2 on days 1, 8, and 15 every 28 days. Patients randomized to standard care could be crossed over to trametinib at progression.

All patients had at least one prior line of platinum-based chemotherapy, and nearly half had three or more prior lines of therapy. The median age was 56.6 years in the trametinib arm and 55.3 years in the control arm.

For 88 patients who crossed over to trametinib, the median PFS was 10.8 months, and the overall response rate was 15%.

Trametinib was also associated with a significantly longer response duration, at a median of 13.6 months, compared with 5.9 months for standard care (P value not shown).

The phase 3 MILO/ENGOT-ov11 study enrolled 341 patients with low-grade serous carcinomas of the ovaries, fallopian tubes, or peritoneum. Patients were randomized on a 2:1 basis to receive either binimetinib at 45 mg twice daily (n = 228) or physician’s choice of chemotherapy (n = 113). Chemotherapy consisted of pegylated liposomal doxorubicin at 40 mg/m2 on day 1 of each 28-day cycle; paclitaxel at 80 mg/m2 on days 1, 8, and 15 of each 28-day cycle; or topotecan at 1.25 mg/m2 IV on days 1-5 of each 21-day cycle.

The efficacy analysis included 227 patients assigned to binimetinib and 106 assigned to chemotherapy.

A planned interim analysis was performed in 2016 after the first 303 patients were enrolled. At that time, the median PFS by blinded central review was 9.1 months in the binimetinib arm and 10.6 months in the physician’s choice arm (HR, 1.21; P = .807), so the trial was halted early for futility. Patients on active treatment at the time could continue until progression and were followed by local radiology.

At the interim analysis, secondary endpoints were also similar between the arms. The overall response rate was 16% in the binimetinib arm and 13% in the chemotherapy arm.

The most common grade 3 or greater adverse events with binimetinib were blood creatinine phosphokinase increase (26%) and vomiting (10%).

The median PFS in the updated analysis was 11.2 months with the MEK inhibitor and 14.1 months with chemotherapy, a difference that was not statistically significant (HR, 1.12; P = .752). Updated overall response rates were the same in both arms, at 24%.

A post hoc molecular analysis of 215 patients suggested a possible association between KRAS mutation and response to binimetinib.

Discussant Jubilee Brown, MD, of the Levine Cancer Institute at Atrium Health in Charlotte, N.C., said that “with a 2% to 5% chance of response in patients with low-grade serous ovarian cancer, there is a low bar for any compound to demonstrate success.”

Regarding the MILO/ENGOT-ov11 trial, she noted that “this study did not meet its primary endpoint, but perhaps the endpoint is not reflective of the importance of the study.”

A different outcome might have occurred had investigators stratified patients by KRAS status upfront, comparing patients with KRAS mutations treated with binimetinib to KRAS wild-type patients treated with either a MEK inhibitor or physician’s choice of care, Dr. Brown said.

She agreed with the assertion by Dr. Gershenson and colleagues that improved PFS qualifies trametinib to be considered a new option for standard care, “especially in a rare tumor setting with limited options. This is a huge win for patients.”