Home > Technology > Odds of a Biden presidency are rising according to this stock signal, and a win would pose few risks to the market, LPL says

Odds of a Biden presidency are rising according to this stock signal, and a win would pose few risks to the market, LPL says 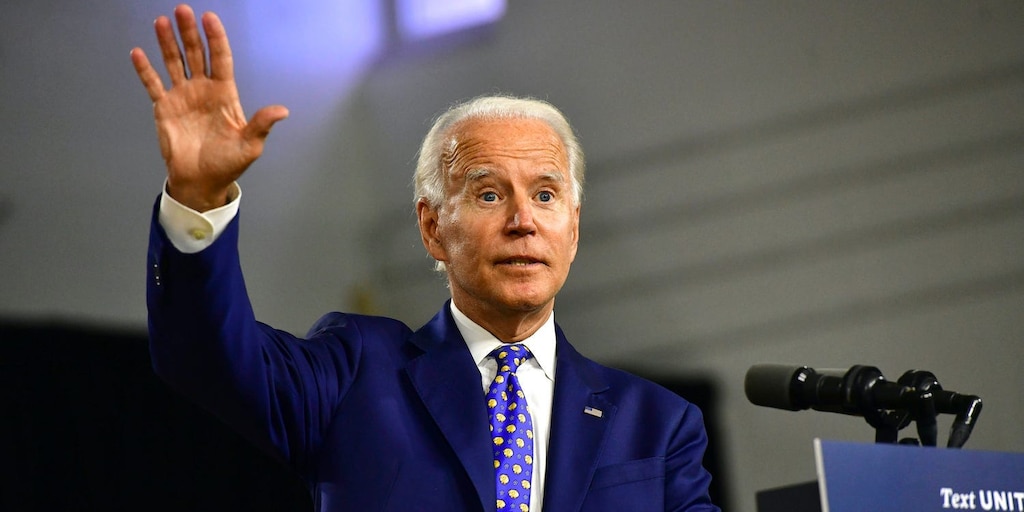 Joe Biden’s chances in the poll booth this November are on the rise, according to one stock market signal.

Citing data from Strategas Research Partners, LPL showed that the Joe Biden stock portfolio has reached its highest level of relative outperformance to the Donald Trump stock portfolio since February 2020 in recent weeks.

The relative outperformance signals that the market may increasingly view a Biden presidency as likely, though LPL does acknowledge that the individual stocks within the portfolios are driven by other factors as well.

Read more: GOLDMAN SACHS: Buy these 9 stocks that are poised to continue crushing the market as the ‘shared favorites’ of Wall Street’s biggest investors 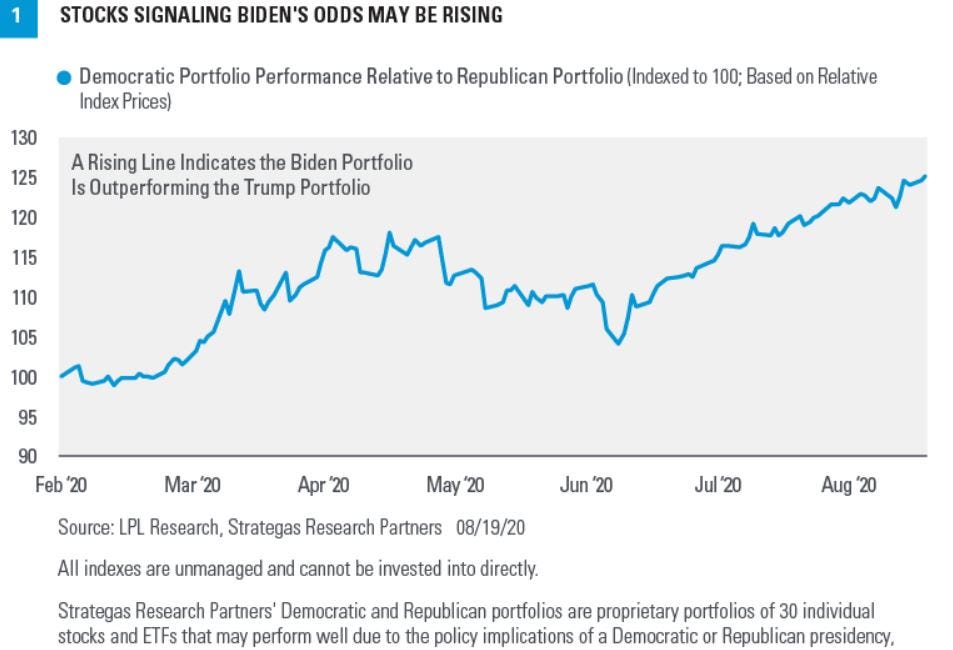 If Biden does win the upcoming November election, the chances of the Democrats flipping the Senate from red to blue are above 50%, according to LPL.

Read more: 35-year market vet David Rosenberg warns the stock market’s rally features distortions that were glaring during the tech bubble – and lays out his plausible scenario for a crash

And in a scenario where the Democrats control the House, the Senate, and the presidency come January 2021, Joe Biden will have more freedom to pass his agenda, which can have a direct impact on the economy, and ultimately the stock market.

A recent research note from Liberum showed that the economy and stock market do significantly better under a Democratic president than under a Republican president, as Democratic policy initiatives to stimulate consumption via expanded unemployment benefits and food stamps have a bigger economic impact than Republican initiatives of tax cuts and deregulation.

LPL said it believes that risks to the stock market are few, and investors should not sell their stocks based on whether Biden or Trump wins the November election.

Read more: Chris Mayer wrote the book on how to make 100 times your money with a single stock. He gives an in-depth assessment of the latest company that ‘checks all my boxes.’

“We foresee some market risks in a Biden presidency, but no more than in an Obama presidency, which had a strong stock market record,” LPL concluded.

And while one stock market signal is pointing to rising odds of a Biden presidency, another is still pointing to a Trump presidency. Generally, a rising stock market in the three months prior to the presidential election helps the incumbent party, while the opposite is true for a falling market.

Since the three-month clock started ticking on August 3, stocks, as measured by the S&P 500, are up 4% as of Monday’s close, representing a benefit to President Trump’s re-election chances.

Read more: Bank of America shares a trading strategy designed to boost returns from a ‘potential blow-off’ rally in Apple’s stock as it surges past big-tech peers

The RetroBeat -- How World of Warcraft Classic...