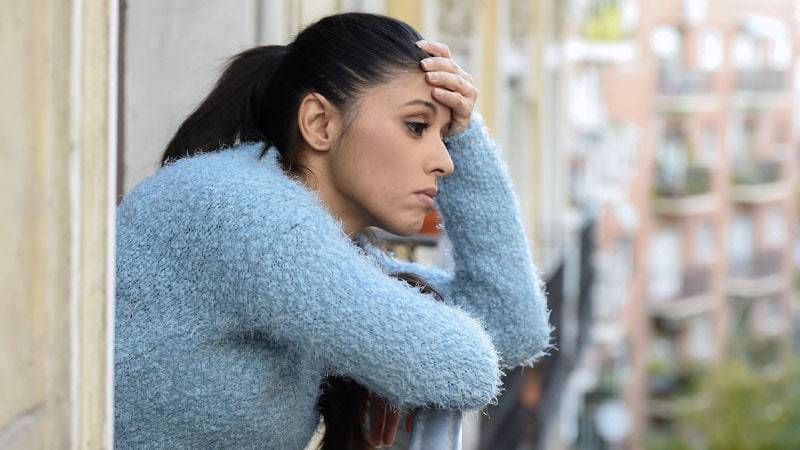 An anti-seizure medication appears to reduce anhedonia in patients with depression via a novel mechanism that may offer a new therapeutic target for the disorder, new research suggests.

Results of a small, randomized trial show those who received ezogabine (Potiga) experienced a significant reduction in key measures of depression and anhedonia vs placebo.

Participants in the treatment group also showed a trend toward increased response to reward anticipation on functional MRI (fMRI) compared with those treated with placebo, although the effect did not reach statistical significance.

“Our study was the first randomized placebo-controlled trial to show that a drug affecting this kind of ion channel in the brain can improve depression and anhedonia in patients,” senior investigator James Murrough, MD, PhD, associate professor of psychiatry and neuroscience, Icahn School of Medicine at Mount Sinai, New York City, said in a press release.

“Targeting this channel represents a completely different mechanism of action than any currently available antidepressant treatment,” said Murrough, who is also director of the Depression and Anxiety Center for Discovery and Treatment at Mount Sinai.

The study was published online March 3 in the American Journal of Psychiatry.

Need for a Novel Target

“One of the main issues in treating depression is that many of our current antidepressants have similar mechanisms of action,” Murrough told Medscape Medical News. “Once a patient hasn’t responded to currently available agents, it’s hard think of new medications to fill that need.”

This need for a novel target motivated Murrough and his team to research the KCNQ2/3 potassium channel, which has not been previously studied as a therapeutic target for depression.

The KCNQ2/3 channel controls brain cell excitability and function by controlling the flow of the electrical charge across the cell membrane in the form of potassium ions, Murrough explained.

“This was key to determining whether a mouse showed depressive behavior in the context of stress, or whether the mice were resistant or resilient to stress,” he said.

This inspired Murrough’s group to identify ezogabine, a drug that acts on this channel.

“Our research was less about the medication itself and more a proof of concept study to see if targeting the KCNQ channel might hold potential for addressing depressive symptoms.”

At baseline and following treatment, participants completed the incentive flanker test under fMRI conditions to model brain activity during anticipation of a reward.

In addition, clinical measures of depression and anhedonia were assessed at weekly visits.

The study groups did not differ significantly in performance accuracy during the fMRI task at baseline or following treatment. The table below summarizes the percentage of errors in each group, with standard deviation.

Participants in the ezogabine group showed a numerical increase in ventral striatum activation in response to reward anticipation, compared with participants in the placebo group, but this trend was not considered significant.

In contrast, there were notable improvements from baseline to the final outcome visit in clinical measures of depression and anhedonia in the ezogabine group compared with the placebo group. Mean (SD) differences in depression scores, based on the MADRS (Montgomery-Asberg Depression Rating Scale) from baseline to endpoint as follows:

Ezogabine was well tolerated. Dizziness and headache were the most common adverse events.

Depression is a “heterogeneous condition” with a single diagnosis encompassing a “large, multifaceted” array of symptoms, Murrough noted. A growing body of research is focusing on specific components as potential treatment targets.

“Our study looked specifically at patients with a diagnosis of depression but high scores on the anhedonia scale and we found that boosting the function of the KCNQ2/3 channel may have a beneficial antidepressant effect by improving anhedonia.”

Commenting on the study for Medscape Medical News, Alan Schatzberg, MD, professor in the Department of Psychiatry and Behavioral Sciences at  Stanford University School of Medicine, Stanford, California said that “anytime there’s a new treatment with a new mechanism of action for a given condition, there’s a potential gain for the field.”

Schatzberg, who was not involved with the study, said that ezogabine, with its “potentially new mechanism of action, seems to have an effect and reasonable safety and could be important for patients who may not respond to traditional medications. It might also be important for all sorts of patients, depending on findings of later trials.”

Murrough said that ezogabine in still in “early stages” of research. “We hope that future studies will look at other agents that would also affect this channel,” he said.

Murrough is an inventor of a pending patent application for the use of ezogabine and other KCNQ channel openers to treat depression and related disorders. All other disclosures are listed in the original article. Schatzberg has disclosed no relevant financial relationships.