No process yet to shift PF balance to NPS a/c 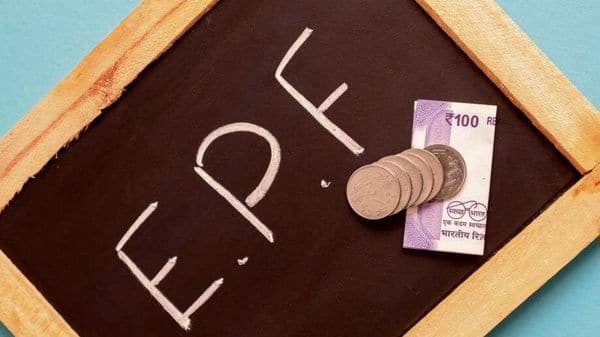 I joined a school (where employee provident fund—EPF—deduction was being made) as faculty in January 2012 and worked there continuously for a period of three-and-a-half-years. In June 2015, due to non-fulfilment of certain educational criteria requirements, my employer removed me from services. However, the same employer recruited me back within 20 days of termination of services i.e., in June 2015 itself, on an ad hoc basis for a one-year period till June 2016. I left the institution after the contract expired and, four months later, in November 2016, I rejoined the school and worked there continuously till March 2018. The same month, I joined another employer (where I have been continuously employed since), who did not have EPF, but had national pension system (NPS) in place. I have not withdrawn my EPF balance yet. Please advise on the taxability of the same if I withdraw it now. Also, is it possible to get the amount transferred to my NPS account? If so, please specify the procedure.

In the present case, if the balance in the earlier provident fund accounts is transferred to the last provident fund account held by you, the cumulative period of employment shall be considered as more than five years (approximately five years and five months) and, accordingly, the accumulated balance to the extent payable to you at the time of ceasing employment, shall be exempt from tax.

Separately, with respect to the transfer of provident fund balance into an NPS account, it may be noted that while the income tax provisions do specify the tax treatment on such transfer, no process has yet been prescribed under the PF Act with respect to such transfer.