Home > Business > My husband wants to be by the ocean, but I lived through Katrina and love lakes — where can we (semi) retire and rent for $2,000 a month?

My husband wants to be by the ocean, but I lived through Katrina and love lakes — where can we (semi) retire and rent for $2,000 a month? 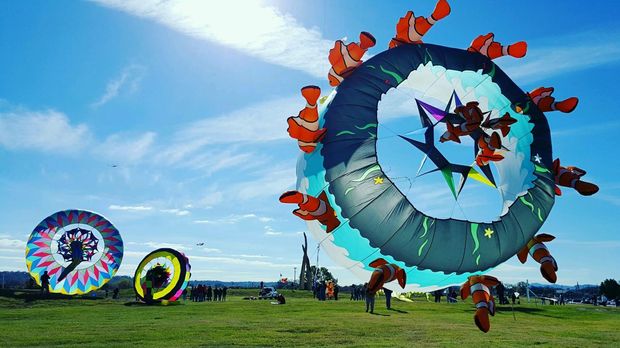 I am really hoping you can help us because we are eager to move, but not sure where. I am 49 and my husband is 45, and I’ve diligently saved so I can semi-retire and spend time with family and travel. Presently we live in New Orleans in a great walkable neighborhood, and we would love something that is walkable.

We have saved $680,000 in retirement accounts, have two homes that we could sell and net $700,000 after paying off the mortgage, and have $70,000 in emergency funds. My husband plans to keep working for medical insurance and money as a school administrator or math teacher.

He really wants to be near the ocean, but I’ve lived through Katrina and am hoping to get away from hurricanes. I love lakes, and I really like Tennessee. We can’t be where there is a snowy winter. My husband hates the cold.

We are both open to moving just about anywhere warm and near water. Being near an airport is ideal. My husband is black and I am white, so he wants a place that is more inclusive.

Our housing budget would be around $2,000 a month. We are thinking it may be good to rent vs. buy and use assets to grow.

Where do you suggest we go?

I understand wanting to get away from hurricanes, especially after all the storms of 2020. But I also see why you are having a hard time settling on a place — once you start looking, you realize there is no shortage of water options.

So let’s be practical. List some cities or regions that one or both of you love (or because family), make sure there’s a water option and then your husband can start applying for jobs for the next academic year, given that your job is the more flexible one. A job offer might make the decision for you. If there are multiple offers, that’s a great problem to have.

As you come up with your list, think about life beyond the water. How many in the community are full-time residents rather than second-home owners? What’s the work commute going to be like? Do you want the variety of a big city or are you done with an urban setting? I’m a fan of university towns because I find they punch above their weight on cultural offerings, but a great airport in those towns isn’t a given.

Finally, do you need to have a water view or your own dock? That’s a different price point than being within walking or biking distance, and a short drive away is yet cheaper.

Water and walkability are two amenities that get buyers to pay up, and even more so now. I’m sure you realize you’re facing a seller’s market. That makes your plan to rent while you get to know an area (and job market) even more sensible. I know it’s a hassle to move twice, but it could save you an expensive mistake.

You may also want to talk to someone — a financial planner, the company handling your retirement accounts or another person you trust — about whether your finances can handle semiretirement and the new lifestyle you envision.

New Orleans is hard to replicate, but I can offer up a range of suggestions, all with healthy job markets. I freely admit I had a hard time narrowing down my list, and I’m sure readers will have other suggestions for you. One thing I’m staying away from is Florida lakes — no alligators, thank you!

You like Tennessee. Instead of a lakefront community, what about seeing the Tennessee River as your playground? You can paddle or kayak on the river within this southeastern Tennessee city.

More than 180,000 people live in outdoorsy Chattanooga; the same number live in the rest of fast-growing Hamilton County. Livability put Chattanooga in its list of 100 best cities in 2019.

Not only would you have water, but you’d also have mountains within easy reach: Lookout Mountain, Signal Mountain and the developing Cumberland Trail. And yes, there is an airport.

How walkable it is will depend on where you live; Chattanooga’s overall Walkscore of 29 is pretty meh. Walkscore says most walkable neighborhoods are Downtown, North Chattanooga-Hill City-UTC and Cedar Hill.

If you insist on a lake spot, Chickamaugua Lake, a reservoir with 810 miles of shoreline just outside of town, could be your starting point. Or you can follow the Tennessee River for about 20 miles west to Nickajack Lake, which has 179 miles of shoreline.

Tennessee comes up on a lot of retirees’ list of where to live because of no income taxes (the last income tax, on dividends and investments, disappears on Jan. 1). Just remember that state and local governments still need money to pave roads, fund schools and pay for services, so look at other taxes and fees, starting with property taxes to get the full picture.

Your husband should like the weather; you might get a trace of snow in the winter, but average summer highs will be in the upper 80s.

If the Chattanooga area isn’t the right fit, keep following the Tennessee River to Huntsville, Ala., Muscle Shoals, Ala., or back into Tennessee and the lakeside spots around Pickwick Dam.

Of my three suggestions, Chattanooga is where your money will go furthest. Here’s a sense of the rental market, using listings on Realtor.com (which, like MarketWatch, is owned by News Corp.)

If your husband can handle a bit of snow (less than 10 inches, or even 5 inches, over a winter), areas like Bentonville, Ark. (home to Walmart), Fayetteville, Ark. (home to University of Arkansas), and Little Rock, Ark. (the state capital), as well as the lakes around Charlotte, N.C., come into play.

I narrowed it down to the Lake Norman area about 20 miles from Charlotte and then to Cornelius, a town of 30,000 on the lake.

Lake Norman is the largest man-made lake in North Carolina and has 520 miles of shoreline. It’s a fast-growing area, attracting both retirees and people working the greater Charlotte area.

You’ll probably start with Davidson, the home of Davidson College and 13,000 people, because of its reputation for greater walkability and its food scene (kicked off by Joe Kindred, a four-time semifinalist for the James Beard best chefs in America award).

But neighboring Cornelius is building its answer: the 13-mile Emerald Necklace Greenway that will loop around the town. It also wins out on the amount of lake access, including the only public swimming beach in the area.

Finally Cornelius is a touch more budget-friendly than Davidson, and you’re also more likely to find a rental here.

But if you’re planning on driving to the water, you may want to cast your eye on other area towns — or even Charlotte.

The Charlotte airport is 30 to 45 minutes away from both Cornelius and Davidson.

Here’s a sense of what’s for rent now in Cornelius and in Davidson.

There are so many coastal possibilities, as you know. This part of the Gulf Coast isn’t the target for hurricanes that New Orleans is. You’d get the nearby airport and the diversity you want, plus the big-city amenities you are used to in New Orleans. The downside is that this is the costliest of my three suggestions.

Some 265,000 people live in Florida’s fifth-largest city (close to 1 million in Pinellas County as a whole), and another 300,000 across the bay in Tampa (part of the 1.5 million in Hillsborough County). The number of people alone makes it quite different from the other suggestions.

For a Marigny-like neighborhood, start with Historic Kenwood, an artist enclave and one of the city’s oldest neighborhoods, known for its Craftsman-style bungalows. Its walk score of 65 puts it well above the average for St. Pete. The downside is that finding a rental could be hard.

Next to it is the Grand Central District with its independent restaurants and businesses. Catch one of these walking (or biking) tours from the city’s preservation group to help you explore.

This won’t put you on the water, but you’d be less than 10 miles away from many white-sand options. Even so, you may need to raise your price point depending on how much space you want. Or you may need to opt for a less-popular neighborhood. On the flip side, you’ll find a healthy job market. And if you’re only semiretired…

Read: I ran the tax numbers for a semiretired life, and they look amazing

Like Tennessee, one of the appeals of Florida for many is no state income tax. Just be sure to research other fees you might be paying.

No surprise that the weather will be warm: average highs around 70 in the winter, with lows in the mid-50s, so warmer than New Orleans. Summer temperatures will be comparable to those in the Big Easy.

You can fly out of Tampa or from the smaller St. Pete-Clearwater airport.

Here’s a feeling for what the rental market looks like in Historic Kenwood and St. Petersburg as a whole.

Readers, where should Kerrie and her husband retire? Please leave your suggestions in the comments section.

For some lake areas in Texas, read: I want to retire in Texas and near freshwater on $4,000 a month — where should I go?

Plus: We want to retire somewhere in the Carolinas on $3,400 a month in Social Security — what’s a nice area?

And: We want a diverse area with moderate population, warm, beach and culture — so where should we retire?

What’s bit depth? And how does it impact mus...