Motorola trivia: 5 things you should know 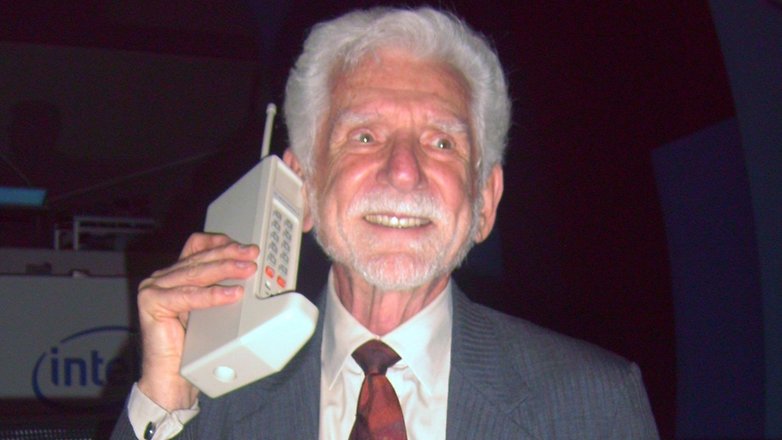 She’s the grandmother of smartphone companies. Not that others are that old, but when Motorola was already churning out consumer electronics, companies such as Nokia only began their business venture as a paper mill. We know their Moto G, Moto X, and other smartphones well, but Motorola’s history is far richer than those smartphones.

Someone had to do it, and that was none other than Motorola. It was she who launched the first of such devices that, in 45 years, became what we see and hold in our hands today. It was in 1973 that Dr. Martin Cooper of Motorola showed off the cell phone, which was his invention, under the name DynaTAC (short for DYNamic Adaptive Total Area Coverage).

As you can see from the photo, it was a giant device, and being the first of its kind, was actually portable, to be sold to the general public. You can read the official announcement during that time, but it is interesting to know that it was not put on the market, simply because U.S. government agencies (the famous FCC) considered it to be a monopoly. The DynaTAC 8000x was approved and sold 2,000 units from 1983 to 1984, when it was then discontinued.

Sold with a price point of US$ 3,995 (and you thought that the iPhone X was expensive), when adjusted for inflation, this corrected value for today would add the obscene amount of $10,500. It tipped the scales at a hefty 794 grams and its battery lasted a mere 8 hours on standby and just offers one hour of talk time after a recharge time of up to 10 hours.

2. Motorola started off with battery chargers before producing police radios

In 1928, brothers Paul V. Galvin and Joseph E. Galvin founded the Galvin Manufacturing Corporation. The company worked with battery eliminators, which, contrary to what you think, are not battery killers or battery replacements, but electronic circuits that delivered power to another circuit without requiring a battery. Thus, the devices they sold allowed radios to run on domestic electricity.

Soon they moved into the business of car radios, including those that were widely used in police cars and taxis. Later, they also manufactured several other products such as TVs, microprocessors, semiconductors, network products, and different kinds of consumer electronics. One particular highlight among them would be the fact that one of their radios made it into the Apollo 11 mission, where this lunar module was the first to land on the moon in 1969.

It was through a Motorola radio that Neil Armstrong, the first man to step on the moon, voiced the iconic phrase “That’s one small step for one man, one giant leap for mankind.” And it is stories like this that made the company profile grew in stature, with a growing stable of valuable patents in their possession.

3. Yes, there is a meaning to the word “Motorola”

One of the Galvin brothers’ car radio models was called Motorola. Paul’s idea was to add the word “motor” with the suffix “ola”. It might seem to be meaningless at first, but there were many things in the market that carried a similar name at that point in time. In fact, even those who are younger would most probably have come across a record player of sorts(not forgetting the radiola and moviola, among others). The product became so well known that the company eventually became Motorola, Inc. in 1947.

The logo did not come about right from the beginning. In 1947, the logo was a plain and simple script, which fell in line with the traditional marketing strategy at the time. But in 1955, things changed as it ended up with a bat-like M that we have all come to know and love. And if you expected an epiphany of meaning behind this logo design, be prepared to be disappointed, for it is nothing more than a sales pitch. The “M” is formed by two peaks, which depicts how the company always desires to be at the top. It also puts forward the vision of the company to want perfection and leadership as the core values of the company. Yup, that is all behind the logo’s story.

4. Two of its handsets are among the best sellers in history

In a list that is full of Nokias, several iPhones and Samsungs, Motorola is represented with a couple of cell phones among the 20 best sellers in history. And if you think that they are models from the Moto G line, think again. You would have to go back farther in history. In 19th position, seats the StarTAC, the oldest handset on the list that, when launched in 1996, sold over 60 million units.

At the halfway point in this list of luminaries would be the legendary Motorola RAZR V3, a cell phone sensation that sold more than 130 million units since it was launched in 2004. At the time, it became a status symbol and amazing design due to its thin, linear metal finish. After this device, Motorola has never been able to scale such heights in terms of sales ever again, but it still holds the record of the V3 being the best selling clamshell-style phone in history.

5. The current global CEO of the company is Brazilian

From the moment it was purchased by Google, Motorola began to look at Brazilians through a different lens. While it holds true that the company’s devices have always sold well in this part of the world, but the launch of the iconic Moto G line by the Mountain View giant proved to be a pivotal move, because the number of devices sold were a huge success in the country.

The effective combination of good hardware and value-for-money proposition, not only for the Moto G line but also the Moto X line, the brand quickly gained favor among Brazilians. Even today, there is a group of enthusiasts who remain nostalgic about the explosive growth of Motorola during that period. Since Brazil is currently one of the three largest markets for Lenovo, our compatriot Sergio Buniac, former general manager of the company in Brazil and one of those responsible for raising Motorola to second place in market share in Latin America, became Motorola’s CEO in 2018.

Did you know about such trivia concerning this traditional company before?