Home > General > Milton Glaser (RIP) Explains Why We Must Overcome the Fear of Failure, Take Risks & Discover Our True Potential

Milton Glaser (RIP) Explains Why We Must Overcome the Fear of Failure, Take Risks & Discover Our True Potential 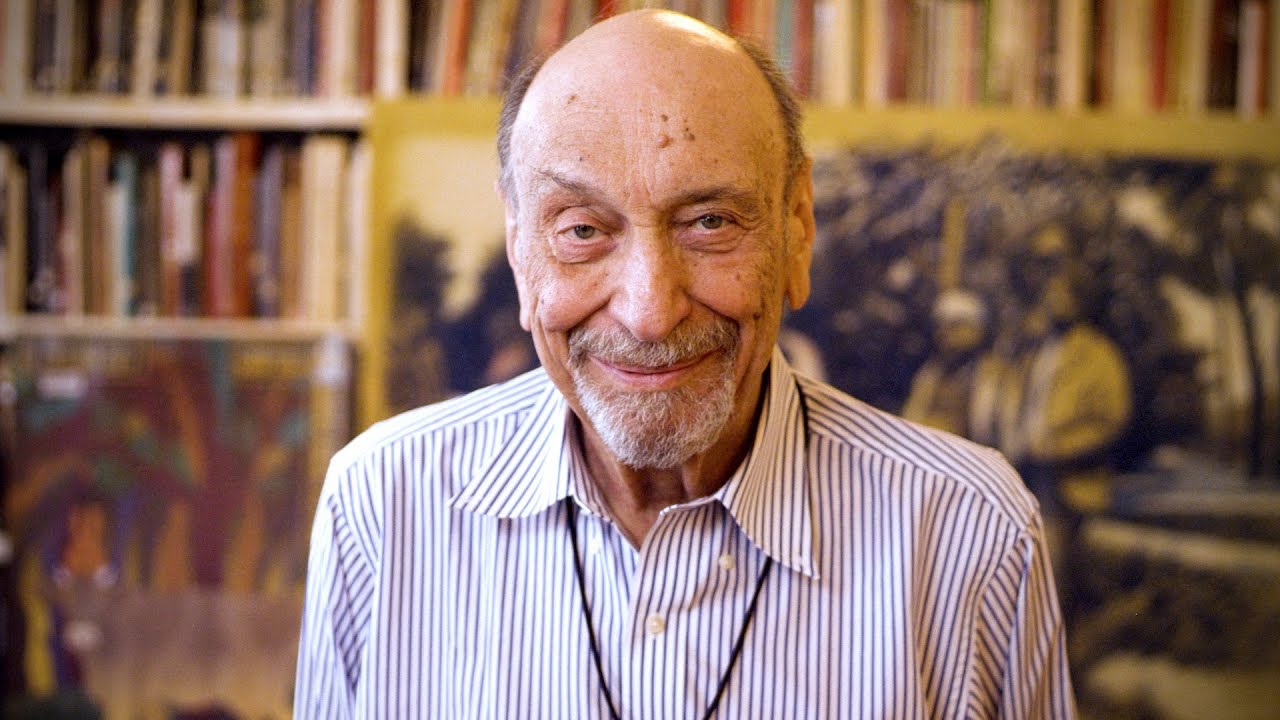 Milton Glaser died last week at the age of 91, a long life that included decade upon decade as the best-known name in graphic design. Within the profession he became as well-known as several of his designs did in the wider world: the Bob Dylan poster, logos for companies like DC Comics, the Glaser Stencil font, and above all  I ❤ NY. Glaser may have become an icon, but he didn’t become a brand — “one of my most despised words,” he says in the interview clip above. He also acknowledges that specialization, “having something no one else has,” is the sine qua non of “financial success and notoriety.” But “the consequence of specialization and success is that it hurts you. It hurts you because it basically doesn’t aid in your development.” When we succeed we usually do so because people come to rely on us to do one particular thing, and to do it well — in other words, never to fail at it.

But as Glaser reminds us, “development comes from failure. People begin to get better when they fail.” As an example of development through failure he holds up Pablo Picasso: “Whenever Picasso learned how to do something, he abandoned it, and as a result of that, in terms of his development as an artist, the results were extraordinary.”

We may, of course, question the relevance of this comparison, since many would describe Picasso as an artistic genius, and not a few would cast Glaser himself in similar terms. Surely both of them, each in his own way, inhabited a world apart from the rest of us. And yet, don’t the “the rest of us” wonder from time to about our our own potential for genius? Haven’t we, at times, felt nearly convinced that we could achieve great things if only we weren’t so afraid to try.

Glaser breaks this fear down into constituent threats: the “condemnation of others,” the “criticism of critics and other experts and even your friends and relatives,” the prospect that “you won’t get any more work.” But “the real embarrassing issue about failure is your own acknowledgment that you’re not a genius, that you’re not as good as you thought you were.” We can’t bear to acknowledge “that we really don’t exactly know what we’re doing,” an inescapable reality in the process of self-development. But there is a solution, and in Glaser’s view only one solution: “You must embrace failure, you must admit what is, you must find out what you’re capable of doing and what you’re not capable of doing.” You must “subject yourself to the possibility that you are not as good as you want to be, hope to be, or as others think you are.” And as the famously never-retired Glaser surely knew, you must keep on doing it, no matter how long you’ve been celebrated as a professional, a master, an icon, a genius.

Saul Bass’ Advice for Designers: Makes Something Beautiful and Don’t Worry About the Money

Paulo Coelho on How to Handle the Fear of Failure

The Long Game of Creativity: If You Haven’t Created a Masterpiece at 30, You’re Not a Failure

Based in Seoul, Colin Marshall writes and broadcasts on cities, language, and culture. His projects include the book The Stateless City: a Walk through 21st-Century Los Angeles and the video series The City in Cinema. Follow him on Twitter at @colinmarshall, on Facebook, or on Instagram.

Strapped for time? This five-minute workout is...

'This made me feel comfortable in a dress for ...