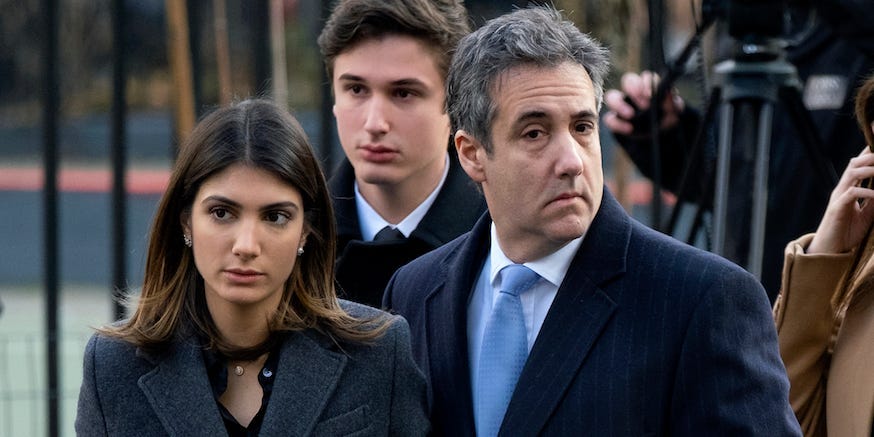 Cohen, who is now 24, became close to the Trump family when her father was President Trump’s legal counsel from 2006 until 2018.

In the interview, she told Vanity Fair reporter Emily Jane Fox the Trumps used her family, and that Ivanka Trump consistently ignored her and once ratted her out for smoking cigarettes.

Cohen said her family lived in the same building as Ivanka, so they would run into each other often. But when they did, Ivanka would pretend Samantha wasn’t there.

“I always found it so strange because she loved my dad,” Cohen said.

She also said Ivanka once “told on” her when she saw her smoking cigarettes outside of their building.

“She saw me and I thought she was going to ignore me, as she had the rest of my life. But she grabbed my arm and said, ‘We all feel so terribly about what’s happening to your dad. Our hearts are breaking for him. I’m so sorry that this happened to you guys,’ in this high-pitched, sugary voice,” Samantha told Fox. “I knew how fake it was.”

According to Samantha, Ivanka’s sentiments were all for show and didn’t come from a genuine place.

“It just felt like someone threw a bucket of slime on me because it was so phony and gross,” Samantha said. “But no one actually gave a rat’s a– about my dad or my mom or my brother or me. We were all, as my dad likes to say, collateral damage.”

During the interview, Samantha also touched on how her relationship with her father changed once he started working for Trump, and that her own professional opportunities became limited because of her father’s reputation.

“We’re abnormally close, so what happened to him really hurt me,” she said about her father. “As difficult as it was for me because I was so angry at him — for blowing up our lives, for taking away opportunities from me, for destroying my world as I was trying to find my footing — I also internalized a lot that was being thrown at him. It hurt me more than it hurt him at times.”