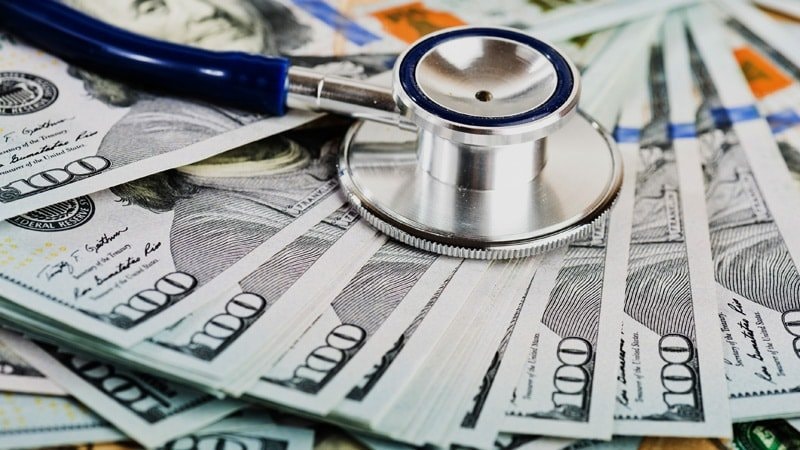 Medicare officials stuck with their plan to increase payments for office visits for primary care and several other specialties that focus on helping patients manage complex conditions such as diabetes. In doing so, Medicare also finalized cuts for other fields, triggering a new wave of protests.

The final version of the 2021 Medicare physician fee schedule was unveiled Tuesday night. The Centers for Medicare & Medicaid Services (CMS) posted an unofficial copy of the rule, which will later be published in the Federal Register.

CMS said it completed work on this massive annual review of payments for clinicians later than it usually does because of the demands of the federal response to the COVID-19 pandemic. The 2021 physician fee rule will take effect within a 30-day period instead of the usual 60-day time frame.

The rule, which runs to more than 2100 pages, makes myriad changes in Medicare policies, including rules on telehealth, and expands the roles of nurse practitioners and physician assistants.

The most contentious item proposed for 2021 was a reshuffling of payments among specialties as part of an overhaul of Medicare’s approach to valuing evaluation and management (E/M) services. There was broader support for other aspects of the E/M overhaul, which are intended to cut some of the administrative hassle clinicians face.

“This finalized policy marks the most significant updates to E/M codes in 30 years, reducing burden on doctors imposed by the coding system and rewarding time spent evaluating and managing their patients’ care,” CMS Administrator Seema Verma said in a statement. “In the past, the system has rewarded interventions and procedures over time spent with patients ― time taken preventing disease and managing chronic illnesses.”

In the final rule, CMS summarized these results of the E/M changes in Table 106. CMS largely stuck with the approach outlined in a draft rule released in August, with minor changes in the amounts of cuts and increases.

CMS had initially set these changes in 2021 pay in motion in the 2020 physician fee schedule. The agency subsequently faced significant opposition to its plans. Many physician groups souight to waive a “budget-neutral” approach to the E/M overhaul, which makes the offsetting of cuts necessary. They argue this would allow increased compensation for clinicians whose practices focus on office visits without requiring offsetting cuts from other fields of medicine.

The American Medical Association (AMA) is among those urging Congress to prevent or postpone the payment reductions resulting from Medicare’s budget neutrality requirement as applied to the E/M overhaul.

In a Tuesday statement, AMA President Susan R. Bailey, MD, noted that many physicians are facing “substantial economic hardships due to COVID-19.”

By AMA’s calculations, CMS’ planned 2021 E/M overhaul could result in “a shocking reduction of 10.2% to Medicare payment rates,” according to Bailey’s statement. The AMA strongly supports other aspects of the E/M changes CMS finalized, which Bailey said will result in “simpler and more flexible” coding and documentation.

The Surgical Care Coalition, which represents about a dozen medical specialty associations, is asking members of Congress to block the full implementation of the E/M overhaul.

In a Tuesday statement, the coalition urged the passage of a bill (HR 8702) that has been introduced in the House by a bipartisan duo of physicians, Rep. Ami Bera, MD (D-CA), and Rep. Larry Bucshon, MD (R-IN). Their bill would effectively block the cuts from going into effect on January 1, 2021. It would provide an additional Medicare payment for certain services in 2021 and 2022 if the otherwise applicable payment is less than it would have been in 2020.

The Medicare E/M overhaul “was a dangerous policy even before the pandemic, and enacting it during the worst health care crisis in a century is unconscionable. If Congress fails to act, it will further strain a health care system that’s already been pushed to the brink due to the COVID-19 pandemic and undermine patient care,” said John A. Wilson, MD, president of the American Association of Neurological Surgeons, in a statement.

Also backing the Bera-Bucshon bill is the American College of Emergency Physicians (ACEP). In a statement on Tuesday, ACEP President Mark Rosenberg, DO, MBA, urged Congress to act on this measure.

“Emergency physicians and other health care providers battling on the front lines of the ongoing pandemic are already under unprecedented financial strain as they continue to bear the brunt of COVID-19,” Rosenberg said. “These cuts would have a devastating impact for the future of emergency medicine and could seriously impede patients’ access to emergency care when they need it most.”

But there also are champions for the approach CMS took in the E/M overhaul. The influential Medicare Payment Advisory Commission (MedPAC) has argued strongly for keeping the budget-neutral approach to the E/M overhaul.

This budget-neutral approach also “will go further in reducing the large gap in compensation between primary care physicians (who had a median income of $243,000 in 2018) and specialists such as surgeons (whose median income was $426,000 in 2018),” Chernew wrote.

In a Tuesday tweet, Robert B. Doherty, senior vice president of governmental affairs and public policy for the American College of Physicians (ACP), said CMS had “finalized long overdue payment increases for primary and comprehensive care including an add-in for more complex visits.”

Today @CMSGov finalized long overdue payment increases for primary and comprehensive care including an add-in for more complex visits. It’s essential that Congress stand with millions of patients who will benefit from these changes and not do anything, anything to undermine them.

The American Academy of Family Physicians (AAFP) joined ACP in a November 30 letter to congressional leaders, urging them to allow Medicare “to increase investment in primary care, benefiting millions of Medicare patients and the program itself, and reject last minute efforts to prevent these essential and long-overdue changes from going fully into effect on January 1, 2021.”

In the letter, AAFP and ACP and their co-signers argue for a need to address “underinvestment” in primary care by finalizing the E/M overhaul.

“Given that six in ten American adults have a chronic disease and four in ten have two or more chronic conditions, why would we, as a country, accept such an inadequate investment in the very care model that stands to provide maximum value to these patients?” they wrote. “Since we know that individuals with a longitudinal relationship with a primary care physician have better health outcomes and use fewer health care resources, why would we continue to direct money to higher-cost, marginal value services?”