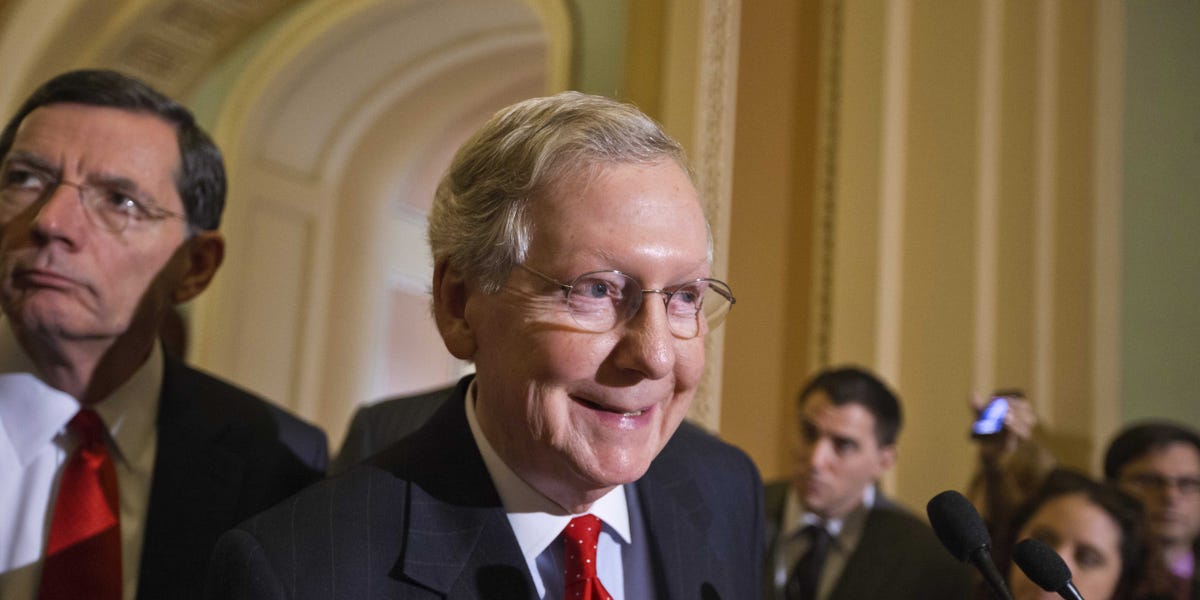 On Friday, after the news of Ginsburg’s death broke, ABC News reported that Trump is planning on naming his replacement “in the coming days.”

McConnell said in the statement that Trump’s nominee for the seat, the third of his presidency, “will receive a vote on the floor of the United States Senate.” He did not clarify whether the vote would be held before or after the November 3 presidential election.

In the statement, McConnell cited the Republican Party expanding its majority from 51-49 to 53-47 in the 2018 midterms as justification for holding confirmation hearings for Trump’s nominee.

McConnell’s current stance is a stark reversal from his position in 2016 when he led the Senate when a conservative Supreme Court justice died during a Democratic presidential administration.

After the death of Justice Antonin Scalia in February 2016, the Republican-controlled US Senate, led the Kentucky Republican, refused to hold confirmation proceedings for then-President Barack Obama’s Supreme Court nominee Merrick Garland, the Chief Justice on the Washington, DC Circuit Court of Appeals.

“The American people should have a voice in the selection of their next Supreme Court Justice. Therefore, this vacancy should not be filled until we have a new president,” McConnell said at the time.

The Senate held the seat open until after the election of President Donald Trump, who nominated Justice Neil Gorsuch to Scalia’s seat. Gorsuch was confirmed by the Senate in 2017.

The US Senate is currently comprised of 53 Republicans, 45 Democrats, and two Independents who caucus with Democrats. Two Republican Senators, Sen. Lisa Murkowski of Alaska and Sen. Susan Collins of Maine, have indicated that they would not vote on a Supreme Court nomination until after the November election.

AI has cracked a key mathematical puzzle for u...