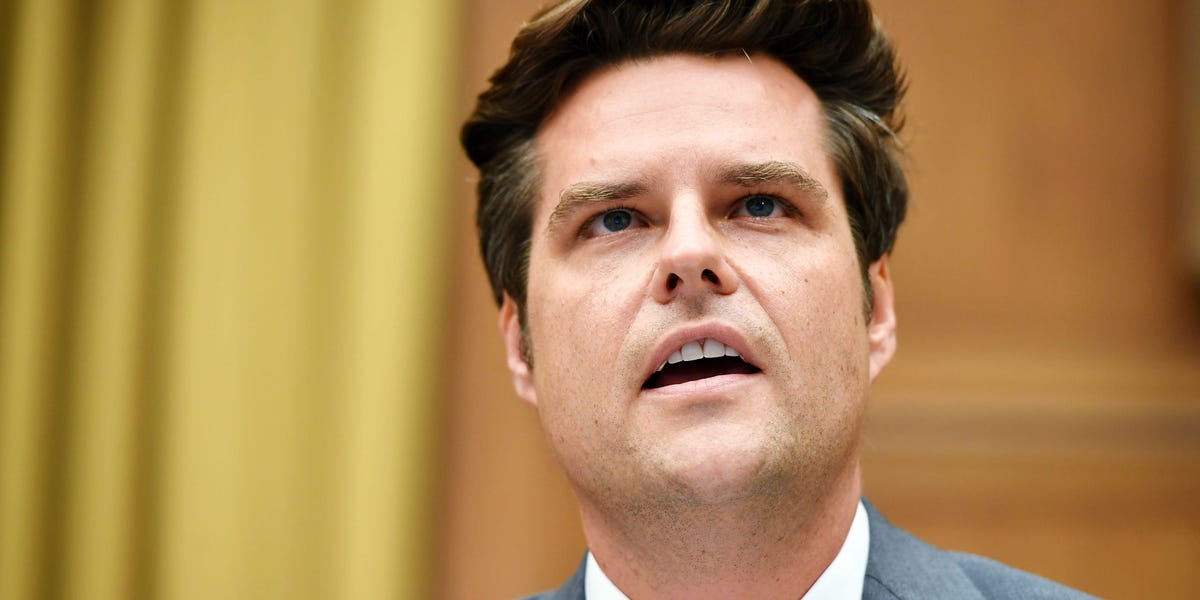 A Justice Department investigation into GOP Rep. Matt Gaetz of Florida is looking into money he and a political ally paid directly to women via apps, The New York Times reported Thursday. According to the report, which cited several unnamed sources familiar with the case, the women said they were paid for sex.

Sources told The Times that Joel Greenberg, the former tax collector in Seminole County, Florida, who has been indicted on multiple counts including those related to sex trafficking, connected with women online.

Gaetz has denied ever paying for sex.

Read more: Republicans are unloading on Rep. Matt Gaetz in gossipy texts and snide asides amid reports of a DOJ sex investigation: ‘He’s the meanest person in politics’

On Thursday, The Times, citing four people familiar with the investigation, reported that Gaetz and Greenberg are both being investigated for potentially having illegal sexual relationships with the same 17-year-old woman, as well as with other women with who they allegedly paid to have sex.

The report claims that Greenberg introduced Gaetz to several women via websites like SeekingArrangements.com, where wealthy people and members can seek “sugar daddy” relationships, oftentimes sex and intimacy in exchange for gifts.

According to The Times report, Gaetz and Greenberg met various women at hotels in Florida and paid for sexual encounters.

Gaetz offered MDMA to at least one woman and used the drug himself during one sexual encounter, according to people familiar with the meetups and with the Justice Department interviews, The Times reported.

Cash App
transactions between Greenberg, Gaetz, and several women mentioned in the interviews.

In August 2020, Greenberg was indicted on fourteen counts, including sex trafficking charges related to a minor between the age of 14 and 17.

According to the Orlando Sentinel, prosecutors allege that Greenberg used his access as an elected official to seek information on women via the Florida Driver and Vehicle Information Database and engage relationships with them.

On Thursday, separate from the investigation, CNN also reported that Gaetz showed House colleagues nude photos of women he had slept with, and bragged openly about his sex life.

Insider reached out to Gaetz’s office for additional comment.

This story is breaking. Check back for updates.