Home > Health > Many Mohs Surgeons Are Struggling on the Job

Many Mohs Surgeons Are Struggling on the Job 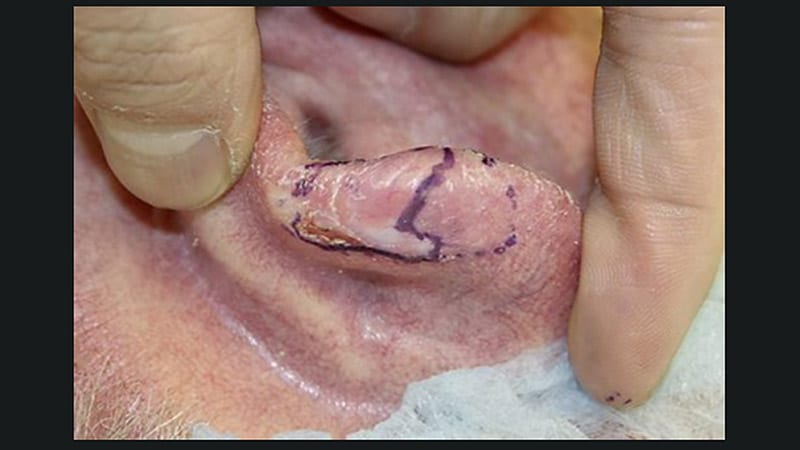 Many Mohs surgeons are struggling on the job, and women seem to be especially vulnerable, a new survey suggests.

In a measurement of well-being, 40% of members of the American College of Mohs Surgery (ACMS) who responded to the survey — and 52% of women — scored at a level considered “at-risk” for adverse outcomes, such as poor quality of life.

“I didn’t think the numbers were going to be that high,” said study author Kemi O. Awe, MD, PhD, a dermatology resident at the University of Alabama at Birmingham, especially in light of Mohs surgery’s reputation as being an especially desirable field in dermatology. She presented the findings at the annual meeting of the ACMS.

Awe, who hopes to become a Mohs surgeon herself, said in an interview that she launched the study in part to understand how colleagues are faring. “Dermatology is known as a specialty that has a good lifestyle and less stress, but the rate of burnout is actually going up.”

For the study, Awe and colleagues sent a survey to ACMS members between October and December 2020. The 91 respondents had an average age of 46, and 58% were male. Most practiced in academic facilities (56%), while the rest worked in private practice (39%) or multispecialty (4%) practices. Almost all (89%) were married or in partnerships.

The survey calculated scores on the expanded Physician Well Being Index, a validated tool for measuring physician distress. Forty percent of 68 respondents to this part of the survey got a score of 3 or higher, which the study describes as “a threshold for respondents who are ‘at-risk’ of adverse outcomes such as poor quality of life, depression, and a high level of fatigue.”

It’s unclear whether there’s a well-being gender gap among dermatologists overall, however. Awe highlighted a 2019 survey of 108 dermatologists that found no significant difference in overall burnout between men and women – about 42% of both genders reported symptoms. But the survey did find that “dermatologists with children living at home had significantly higher levels of burnout,” with a P value of .03.

Awe said the findings offer insight into what to look out for when pursuing a career as a Mohs surgeon. “There’s potentially excess stress about being a Mohs surgeon,” she said, although the field also has a reputation as being fulfilling and rewarding.

It was especially surprising, she said, that female surgeons didn’t rate their compensation structure as positively as did their male colleagues. “It is possible that there is still a significant amount of gender-based difference in compensation between male and female Mohs surgeons. This is an area that can be further explored.”

Moving forward, she said, “our professional dermatology societies must examine the increase in burnout within our specialty. Further funding and research in this area is needed.”

For now, dermatologists can focus on strategies that research has indicated can reduce burnout in the field, Sailesh Konda, MD, a Mohs surgeon at the University of Florida College, Gainesville, said in an interview.

According to Konda, these include “focusing on incremental changes that help restore autonomy and control over work, connecting with colleagues within dermatology and the broader medical community, developing self-awareness and recognition of a perfectionist mindset, and restoring meaning and joy to patient care.”

No funding is reported for the study. Awe, Rahman, and Konda have no relevant disclosures.