Home > Health > Many Clinicians Still Not Asking About Postpartum Depression

Many Clinicians Still Not Asking About Postpartum Depression 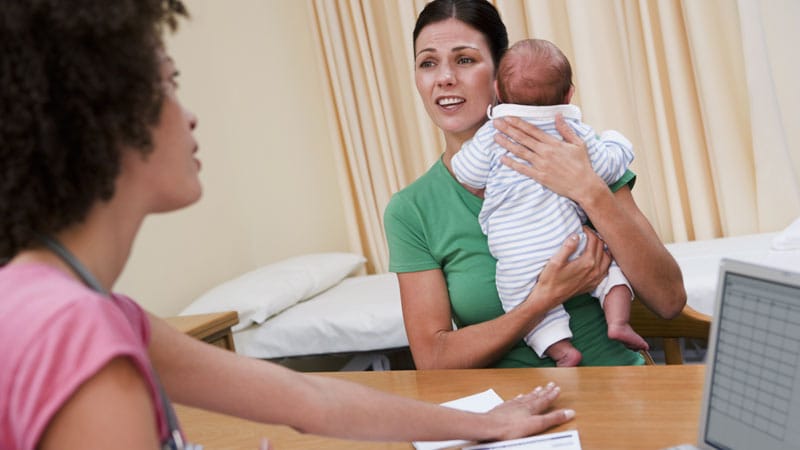 Healthcare providers fail to ask 1 in 5 prenatal patients and 1 in 8 postpartum patients about depression, according to the US Centers for Disease Control and Prevention (CDC). Although the prevalence of screening has risen in recent years, many women could be suffering in silence.

“[U]ndetected and untreated perinatal depression can have negative health consequences for the mothers and their babies,” said coauthor Jean Y. Ko, PhD, from the Division of Reproductive Health, National Center for Chronic Disease Prevention and Health Promotion, CDC.

Brenda L. Bauman, MSPH, from the Division of Reproductive Health, National Center for Chronic Disease Prevention and Health Promotion, CDC, and colleagues reported their findings in an article published online May 14 in Morbidity and Mortality Weekly Report.

The researchers analyzed self-reported data on postpartum depressive symptoms (PDS) collected in 2018 by the Pregnancy Risk Assessment Monitoring System (PRAMS). Participants were stratified on the basis of location and maternal and infant characteristics, including age, race/ethnicity, and education level. Women who had recently given birth to one or more live infants answered questions about whether they had been screened by healthcare providers for depression during perinatal visits.

Some groups were at higher risk for PDS than others. The prevalence was greater than 20% among women who were aged 19 years or younger, were of American Indian or Alaska Native ethnicity, smoked during the perinatal period, experienced perinatal depression, or whose infant died after birth.

Depressive symptoms were also more common among women who received assistance from the Women, Infants, and Children program, were Medicaid beneficiaries at the time of delivery, smoked cigarettes during the last trimester of pregnancy, breastfed their infants for fewer than 8 weeks, or had experienced intimate partner violence while pregnant or before.

“It is unclear what might account for this small increase,” Ko said. “There may be additional factors, such as women may be becoming more comfortable reporting symptoms of depression. With continued awareness about the need to screen every pregnant and postpartum woman for depression, we can expect things to continue to improve.”

Overall, 90.1% of respondents reported a postpartum visit; of those, 87.4% said a healthcare provider had asked about depression during that visit.

Among the 22 sites that reported continuously, the prevalence of screening for postpartum depression rose significantly from 84.1% to 88.0% (P < .05), “with an average annual percentage point increase of 1.8%,” the authors write.

“PRAMS responses are reported an average of 4 months postpartum, which suggests persistence of [depressive] symptoms,” the authors write.

Ko told Medscape Medical News that mental health conditions play a role in approximately 9% of pregnancy-related deaths and that not asking about depression represents “missed opportunities to potentially identify and treat women with depression.” The United States Preventive Services Task Force recommends screening all adults for depression, including women during pregnancy and the postpartum period, she added.

When asked what can be done to improve screening that has not already been tried, Ko said the CDC is currently evaluating a study called the Program in Support of Moms (PRISM), which “is designed to help obstetrics and gynecology practices address the significant public health issue of depression during and after pregnancy. PRISM aims to close gaps in healthcare delivery to ensure that women with depression during and after pregnancy receive the best treatment, which can result in improvement in their symptoms.”

Ko added that the Health Resources and Services Administration has funded seven states to begin “programs to support providers to screen, assess, refer, and treat pregnant and postpartum women for depression and other behavioral health conditions. States can use initiatives like Healthy Start, home visiting, and Title V Maternal and Child Health Services Block Grant as levers to improve screening and address maternal depression.

“Screening is just one part of addressing perinatal depression. Healthcare providers need to refer women to appropriate resources in order to get the proper diagnosis, treatment, and follow-up care for management of depression,” Ko concluded.

For Kids, a Pandemic of Stress Could Have Long...