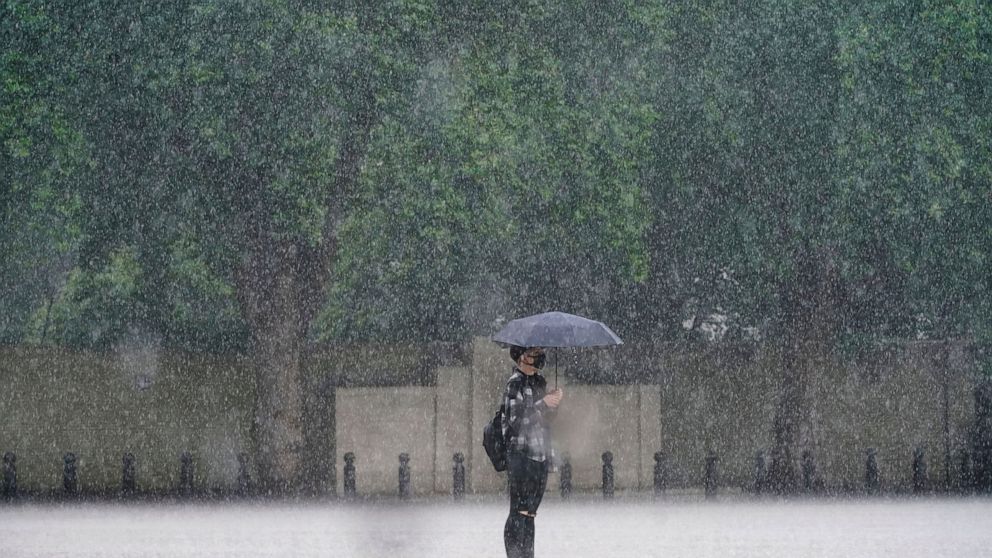 Londoners are cleaning up after torrential rain left homes, roads and several subway stations flooded, the second unseasonal inundation in as many weeks

LONDON — Londoners were cleaning up Monday after torrential rain left homes, roads and several subway stations flooded, the second unseasonal inundation in as many weeks.

Two London hospitals asked patients not to come to the emergency department because of disruption from the floods.

Transport for London said eight stations were closed because of flooding, including Pudding Mill Lane, an above-ground station where video footage showed water surging through a concourse and up stairs.

Residents used buckets, brooms and wooden boards to create makeshift flood defenses for their homes as storm drains were overloaded in parts of the city.

“Having been born and raised in London, I have never seen anything quite like it,” said south London resident Eddie Elliott. “It stands out as the worst I’ve experienced personally … totally shut down the whole road with buses stood broken down in the water.”

The rain followed a spell of hot, sunny weather that sent Britons to lakes and the sea in search of relief.

Earlier this month a wave of storms caused huge flooding damage and left more than 200 people dead in Germany and Belgium.