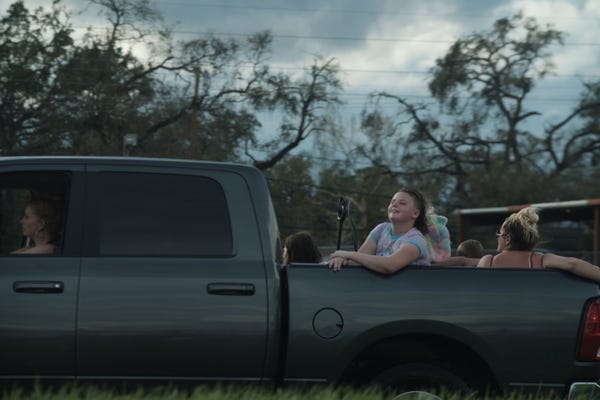 While the remnants of Hurricane Ida tore through New York City on Wednesday, my phone lit up as concerned friends asked if I was safe. Thankfully, no floodwater entered my Manhattan apartment building — but I thought seriously about the question.

Last year, I was evacuated not once, but twice from my family home in Southern California due to wildfires. I was living there at the time, so I prepared to say goodbye to the structure I had known for almost 30 years as a trail of flames on the hillside inched ominously in my direction. The sooty air burned my eyes. I could smell the smoke through my three-layer mask.

This is what it’s like now: No matter what part of a coast you’re on or which state you live in, the effects of climate change are inescapable. Phrases like “flood zone” or “fire territory” are becoming somewhat meaningless, since it’s no longer the case that flooding occurs exclusively in coast-heavy states like Florida or that wildfire smoke affects only people in the West.

This summer in particular has demonstrated what climate scientists have warned about for decades: There’s no such thing as a local disaster. Extreme weather events are interconnected.

Hurricane Ida is the obvious recent example: It strengthened in the Gulf and made landfall in New Orleans, yet its devastating power crippled New York three days later. Then there are the wildfires in California and Oregon, which have darkened skies and led to air-quality warnings in New York City and Boston. Even Arctic warming affects weather in the US: A study published Friday found that this accelerated warming makes winters more extreme in North America — and even likely played a role in the cold front that toppled Texas’s energy grid in February.

The situation will get worse.

A recent report from the Intergovernmental Panel on Climate Change found that warming will continue to some extent over the next two to three decades, regardless of how much emissions drop. Some consequences of human-driven emissions — such as rising seas, disappearing glaciers, extreme heat, floods, drought, and tropical storms — are already irreversible for centuries to millennia.

We’ve all heard the warnings about climate change “hotspots.” Miami could be underwater by the end of the century if sea levels rise at least 10 feet. More than a million California homes are in high-risk fire areas. And a hurricane is likely to strike within 50 nautical miles of New Orleans once every seven years.

But it’s tempting for people who don’t live in these locations to dismiss the threats.

Until recently, Guenther said, climate disasters “were understood, even by insurance agencies, as acts of God that came out of nowhere and then went away again.”

When I spoke to her on Friday, a chunk of her ceiling had recently caved in from Ida. She’d meant to fix a leak before the storm, she said, but never got around to it. Even to climate activist, she added, it was an important lesson: Prepare for extreme weather. Don’t think you have the luxury to procrastinate.

And don’t expect a major weather event to stay confined to one area. Ida may have flooded New Orleans and cut its power, but it has killed more than 60 people across eight states — Alabama, Connecticut, Louisiana, Maryland, Mississippi, New York, New Jersey, and Pennsylvania.

What’s more, not all damage from these events will be visible right away. Floods from hurricanes, for example, can promote mold growth inside homes and release chemicals into the air, water, and soil, causing spikes in air pollution and potentially exposing people to contaminated food and drinking water. Together, these hazards can lead to respiratory and cardiovascular diseases among residents of affected areas, as well as rescue and repair workers.

Fire and drought have far-reaching effects, too

The effects of fires are similarly widespread: Smoke can rise high into the atmosphere, where winds may carry it for thousands of miles, effectively blanketing entire continents. That smoke fills the air with microscopic particles that have been linked to an increased risk of heart attack, stroke, heart failure, and premature death.

In early August, Salt Lake City, Utah, had the worst air quality of any major city in the world — more than three times the federal health standard. The smoke came from Northern California, where wildfires had ignited several weeks earlier.

Drought, too, has far-reaching health consequences.

From April to May, global food prices rose nearly 5% — the fastest monthly rate in more than a decade — due in large part to a La Niña climate pattern. The phenomenon produces dry spells in some parts of the world and flooding in others, which can destroy crops. That, in turn, leads the agricultural sector to charge more for products. Though only certain areas of the world were affected, rising food prices contribute to hunger and food insecurity all over the globe.

“The climate system is a system, so a thing that happens in one location will have knock-off effects in other locations,” Guenther said.

My apartment may not have flooded this time. My family home is still standing. But I’m not safe. None of us is.