Home > Technology > Lindsey Graham, 2016: Vacancies should not be filled in election years

Lindsey Graham, 2016: Vacancies should not be filled in election years 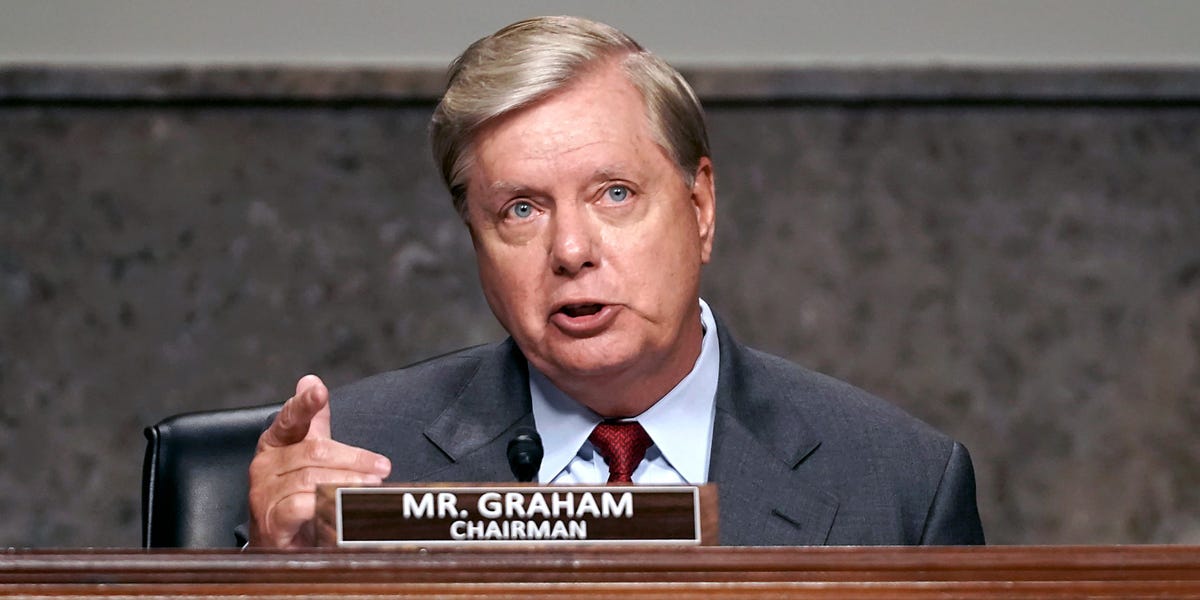 A 2016 video of Sen. Lindsey Graham insisting that Supreme Court vacancies should never be filled in an election year is going viral as the death Ruth Bader Ginsburg set the stage for a battle between Democrat and Republican lawmakers.

The video shows Graham telling a Senate meeting in 2016 that he was against picking a justice right before a presidential election.

Graham had joined the boycott, saying because Scalia died in an election year, the vacancy should not be filled during the same year as a presidential race.

“I want you to use my words against me. If there’s a Republican president in 2016 and a vacancy occurs in the last year of the first term, you can say Lindsey Graham said let’s let the next president, whoever it might be, make that nomination,” Graham said at the time, The Hill reported.

“We’re setting a precedent here today, Republicans are, that in the last year – at least of a lame duck eight-year term, I would say it’s gonna be a four-year term – that you’re not gonna fill a vacant seat of the Supreme Court based on what we’re doing here today. That’s gonna be the new rule,” he added, according to the Independent.

Watch the moment below:

Graham is now under pressure to stand by his word as lawmakers on both sides go head-to-head about whether or not a replacement should be made before the election on November 3.

President Trump has already said that he is planning to nominate a replacement within the “coming days,” according to reports from ABC News and CNN.

“We were put in this position of power and importance to make decisions for the people who so proudly elected us, the most important of which has long been considered to be the selection of United States Supreme Court Justices,” Trump tweeted on Saturday. “We have this obligation, without delay!”

Meanwhile, Former President Barack Obama has argued that Republican senators should wait until after the election for the vacancy to be filled.

In a statement issued on Friday night, Obama cited the Senates refusal in 2016 to hold a hearing for Merrick Garland, his nominee to fill the vacancy left by Justice Antonin Scalia.

Senate Minority Leader Charles Schumer and US Senator for Hawaii Brian Schatz both retweeted the video of Graham in 2016 and voiced their support for the decision to be made after the election.

“The American people should have a voice in the selection of their next Supreme Court Justice. Therefore, this vacancy should not be filled until we have a new president,” tweeted Schumer alongside the video.

While Graham has not yet commented on his current stance, he did pay tribute to Ginsburg in a statement issued on Friday night.

“Justice Ginsburg was a trailblazer who possessed tremendous passion for her causes. She served with honor and distinction as a member of the Supreme Court. While I had many differences with her on legal philosophy, I appreciate her service to our nation. My thoughts and prayers are with her family and friends. May she Rest in Peace,” he wrote.

Before she died, Ginsburg told her granddaughter in a statement that her “most fervent wish is that I will not be replaced until a new president is installed.”

The nomination would be Trump’s third opportunity to nominate a lifetime appointee to the nation’s highest court. He already successfully nominated two justices to the court in his first term: Neil Gorsuch in 2017 and Brett Kavanaugh in 2018.

Fauci slaps down Trump, says US going in 'wron...