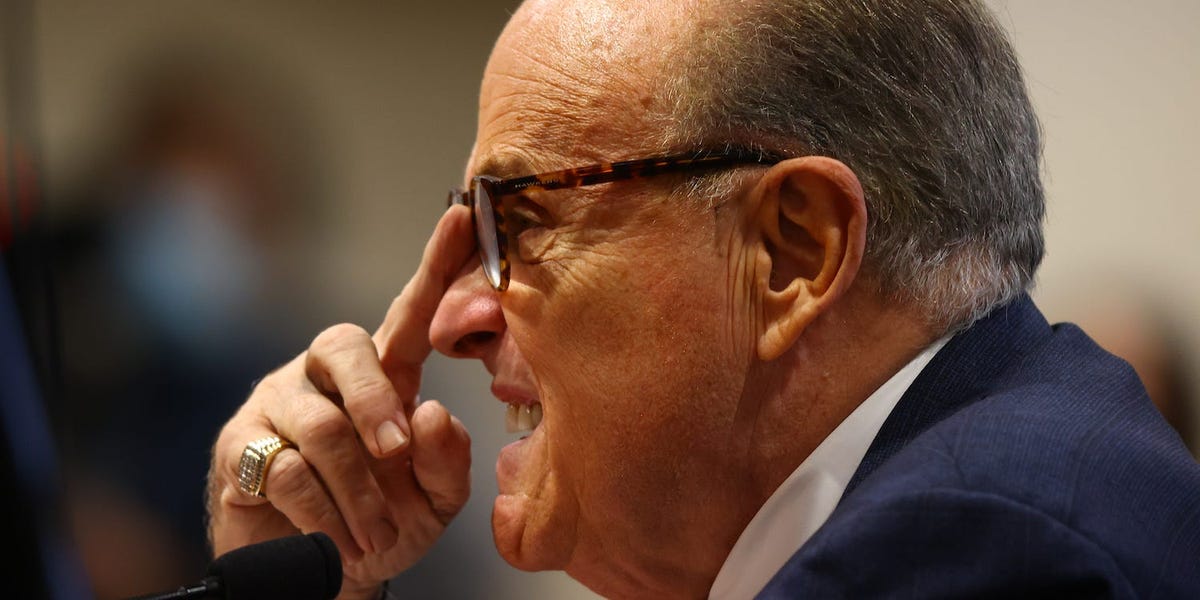 The Lincoln Project threatened to sue Rudy Giuliani for defamation on Saturday after the lawyer falsely claimed the group had helped organize the deadly Capitol riot.

During an interview on Steve Bannon’s “War Room” podcast on Friday, Giuliani alleged that the Republican group had secretly disguised themselves as Trump supporters during the January 6 riot, which resulted in the deaths of five people including a police officer.

Bannon himself challenged Giuliani on that claim, repeatedly asking him during the interview where he got that information from.

“I don’t know if I can reveal his name,” Giuliani responded. “Because we have that from anonymous sources. But he worked in the past for [Utah Senator Mitt] Romney.”

The founder of the Lincoln Project, Steve Schmidt, told MSNBC on Saturday he was “thrilled” at the prospect of not only suing Giuliani for defamation but also going after Trump and Bannon.

” Steve Bannon knows he’s going to get sued by us also, and he is, and so is Donald Trump who is Rudy Giuliani’s client, and Rudy Giuliani is acting on his behest,” Schmidt said, according to MSNBC.

“But look, it is very difficult to sue somebody for defamation or libel in the United States, but our lawyers are telling us that Rudy is well across the line so we’re thrilled about this,” he added.

On the same day, the group’s attorney posted a letter on Twitter warning of a lawsuit unless Giuliani publicly apologizes for his accusations.

“You committed a textbook case of defamation,” Matthew Sanderson wrote in the letter. “You publicly accused The Lincoln Project of an infamous and criminal act it had nothing to do with, as you very well knew. You lied.”

The group has given gave Giuliani until February 3 to retract his statement.

Giuliani is already facing several legal challenges, including a lawsuit filed by Dominion Voting Systems, which is seeking $1.3 billion in damages after he made a series of wild and baseless claims that the company was involved in rigging the presidential election.

Over the months, the group has gained a reputation for its memes and ads bashing Trump, including billboards in New York City in October last year that mocked Ivanka Trump and Jared Kushner.

After Giuliani’s interview with Bannon, the group took to Twitter to make fun of Trump’s former lawyer for going from calling for “trial by combat” to blaming them for the insurrection in a matter of weeks.

SpaceX's 1st Tourists Splash Down In The Atlan...