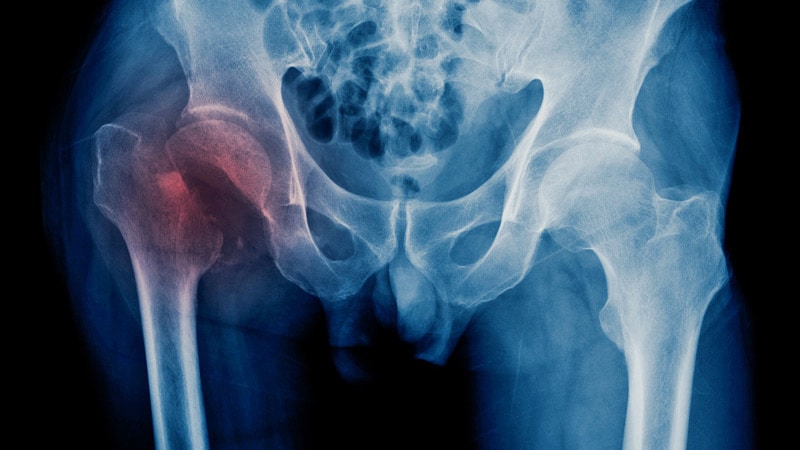 Most people recover from the depression associated with a hip fracture in about a year as they return to normal activities, researchers find.

Physicians can help by encouraging these patients to stay in contact with friends and family, said senior author Timothy Bhattacharyya, MD, head of the Clinical and Investigative Orthopedics Surgery Unit at the National Institute of Arthritis and Musculoskeletal and Skin Diseases (NIAMS) in Bethesda, Maryland.

“The patients that had larger social networks recovered faster,” he told Medscape Medical News. The finding can help guide the expectations of patients and their family about recovery, he said.

The findings were published January 1 in the Journal of the American Academy of Orthopaedic Surgeons.

Previous studies have found that hip fractures can restrict mobility and increase the risk of depression, and that depressed patients recover more slowly. But these studies have not compared large populations of people with fractures to matched cohorts without fractures.

To fill that gap, Jay Swayambunathan, also with the Clinical and Investigative Orthopedics Surgery Unit at NIAMS, and colleagues drew data from a nationally representative sample of subjects aged 65 and older from the National Health and Aging Trends Study (NHATS).

Overall, hip fracture incidence was 1.3% per year. Swayambunathan and colleagues analyzed a cohort of 82 people who had a single hip fracture between 2011 and 2016, and who were able to drive before the fracture. They compared those individuals with the 4495 other people in the database.

The demographics of the two groups were similar, except that the hip fracture patients were slightly older and more likely to have dementia.

In the first year after a fracture, 20.2% of men and 17.3% of women died. By comparison, the overall yearly mortality rate in the NHATS sample was 7.9%.

Also in that first year, 20% of surviving hip fracture patients reported feeling down, depressed, or hopeless on most days compared with 10% of control subjects.

The differences between the two groups diminished each year, most of them becoming statistically insignificant by the second year. That’s useful information to share with patients, said Bhattacharyya. “You can reassure them that people do continue to experience improvement for up to 2 years after their fracture.”

The size of the social network of people with fractured hips did not seem to affect driving, leaving the house, or depression for the first year.

Bhattacharyya said he encourages his patients not to isolate themselves after a hip fracture. “It’s a natural tendency, when you’re feeling under the weather, or you’re feeling depressed or sad. You don’t want to spread that to everyone else. But people really want to hear from you.”

That advice is even more important under the restrictions imposed to prevent the spread of COVID-19, he said.

Laird Harrison writes about science, health, and culture. His work has appeared in national magazines, in newspapers, on public radio, and on websites. He is at work on a novel about alternate realities in physics. Harrison teaches writing at the Writers Grotto. Visit him at www.lairdharrison.com or follow him on Twitter: @LairdH.