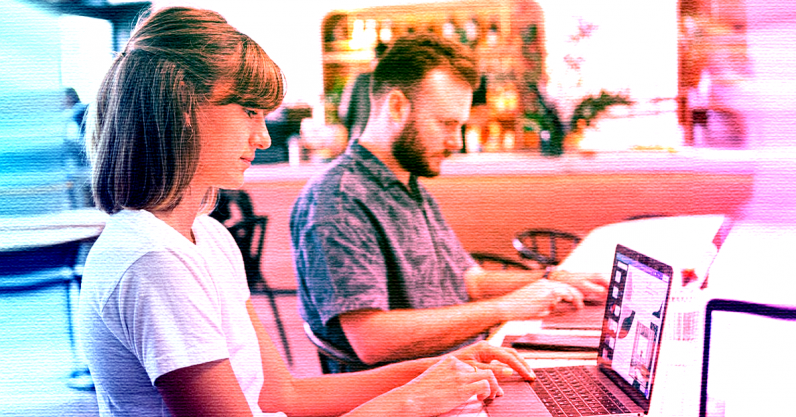 When my team and I ditched our office and transitioned to a freelance-only remote team in 2015, there wasn’t much in the way of a guideline for us to follow.

We had launched the previous year with a conventional setup. The company consisted of a small team of full time employees in a pokey office in Shoreditch, London. The core team worked 9 to 6, five days a week and we occasionally reached out to friends of ours who were freelancers to fill skill gaps. Like most startups, we were learning as we went along but the decision to radically alter the company structure felt like we were stepping into the abyss.

For five years now, we have been a fully distributed company, made up exclusively of remote working freelancers. It hasn’t been all plain sailing and freelance ‘staff’ turnover was high when we started out.

In addition to using the talent pool on our platform for content creation, we hired freelancers in every conceivable way. From dedicated job sites, LinkedIn posts and agencies to networking events, referrals and chance meetings in the pub — you name it, we’ve tried it.

Our original thinking, perpetuated by our status as a bootstrap startup with a limited budget, was to source the best possible freelancer for the lowest possible price. We soon learned that this approach came at a cost to both the freelancer and to us.

Freelancers weren’t always motivated and they often expressed a palpable lack of enthusiasm in our mission. We found ourselves spending more time re-hiring, re-training, and re-doing projects than the core work we set out to do. It felt like a very impersonal relationship that contributed to the task-culture that seemed to be emerging in the industry.

As a community platform professing to nurture freelance talent, our internal hiring process was at odds with our core values. It became clear that we had to address our approach and take a closer look at how the wider industry engaged with freelancers.

Our journey started with conversations — lots of conversations. We spoke with our freelance members as well as startups who regularly used the platform to connect with talent. We explored their main pain points, experiences and challenges.

Early-stage startups felt that too many freelancers weren’t invested in their core mission and less than 10% had implemented an internal hiring process whilst the concept of diversity was simply not on their radar.

Freelancers spoke about how they were treated like outsiders, often left out of social events when working a contract in an office whilst only half of them said they felt confident talking about money.

Almost every freelancer we spoke to claimed to have been offered or had accepted unpaid work in the past, a statistic that reflected the survey we conducted for our #NoFreeWork campaign.

Many said they had entered ‘competitions’ on marketplace sites to compete for paid work and that they felt their creative work was looked down on as a ‘hobby’.

When we asked startups if they had ever posted unpaid work, those who had claimed it was a lack of industry knowledge to blame rather than calculated exploitation.

It was clear that the industry had problems and we all had a lot to learn. Freelancers felt dehumanized and undervalued perpetuated by job platforms that encouraged a race to the bottom. Startups, in an attempt to cut costs, took advantage of the cheap labor.

Having been a freelancer for a decade and a founder for 10 years, I know first hand that utilizing freelance talent not only enhances company diversity and productivity, but it also facilitates growth and development. Done right, freelancers can transform a company and in a COVID world where remote work looks set to stay, the role of freelancers is set to become even more important.

I wanted to bring this message to the masses, highlight the pros and cons and place it at the heart of the Freelancer Club’s mission. The result is what we call ‘ethical hiring’.

What is ethical hiring?

My team and I are asking startups and freelancers to consider some basic principles when engaging with one another and provide companies with an option to hire freelance talent in a fair, unbiased, and ethical manner that never compromises on quality or cost.

For everyone’s sake, these are the basic principles you should follow:

Innovative disruption sometimes looks back to move forward. I’m on a mission to redefine the freelance recruitment space and have developed products and tools to make ‘ethical hiring’ that bit easier. Using advanced tech, human insights, hundreds of hours of research, and traditional values, my team and I believe there is an alternative way to hire freelance talent and grow your company.

A beginner’s guide to AI: Ethics in artifici...

Getting Your Team Ready for the Hybrid Office...