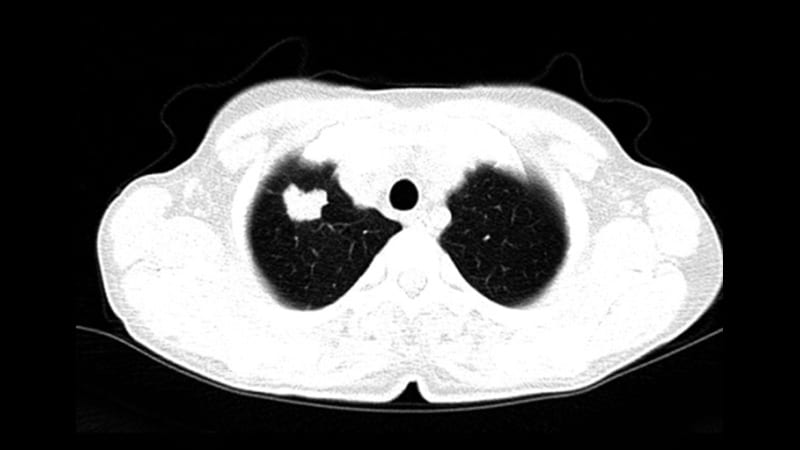 Using low-dose computed tomography (LDCT) to screen for aortic valve calcification during a lung cancer screening could identify those at risk for aortic stenosis, says new research published in Annals of Internal Medicine.

Aortic stenosis is one of the most common valve disease problems and is characterized by the narrowing of the aortic valve opening, according to the American Heart Association. The condition impedes the delivery of blood from the heart to the body.

Researchers found that LDCT, which according to the Centers for Disease Control and Prevention is the only recommended screening test for lung cancer, also can be used to identify aortic valve calcification – a condition in which calcium deposits form on the aortic valve, narrowing it.

Furthermore, a 2019 study published in the Journal of Thoracic Imaging found that LDCT can be useful for identifying not just lung cancer, but the early stages of chronic obstructive pulmonary disease and coronary artery disease.

“LDCT has been described as useful for identifying the early stages of chronic obstructive pulmonary disease and coronary artery disease, but it can also [screen for] calcified aortic valve [which corresponds] with the risk of severe aortic stenosis,” study author Marcin Fijalkowski, MD, PhD, of the Medical University of Gdansk, said in an interview. “This additional evaluation is not time-consuming and is easy to perform.”

For the study, Fijalkowski and his colleagues examined data from 6,631 people between the ages of 50 and 80 years of age with a smoking history of 30 or more pack-years. The group was enrolled in the MOLTEST BIS lung cancer screening program between 2016 and 2018, which assessed the usefulness of LDCT performed during lung cancer screening in determining the degree of aortic valve calcification as an additional finding. The researchers arbitrarily determined a calcium score of 900 as a cutoff point indicating a positive test result. Positive patients were sent for an echocardiogram for confirmation of diagnosis.

Aortic valve calcification was identified in 869 patients, 13.1% of the group. Sixty-eight participants, which is about 8% of this group, were identified as having a calcium score of 900 at least and were referred for echocardiography to confirm these results. Of this group, 0.5% were diagnosed with at least moderate aortic stenosis after receiving an echocardiogram. About 55% of the participants with this condition were unaware of their valvular heart disease, including 23% with a severe form of the disease.

Study Identified Patients Who Had Not Been Aware of Disease

Fijalkowski said while he was not surprised by the findings, he was surprised that the study may have saved some of the participants’ lives.

“We were expecting the same degree of calcification of aortic valve and correlation with aortic stenosis severity, but what surprised us was that half of diagnosed patients were not aware of disease,” he said. “This additional finding was lifesaving.”

In the paper, the authors noted that cardiology societies do not yet recognize LDCT as a diagnostic tool for aortic stenosis. Based on their findings, they propose that aortic valve calcification become a routine assessment procedure in the LDCT protocol for lung cancer screening.

Findings Are “Important” but Not Practice Changing

Salim S. Virani, MD, FACC, who was not involved in the study, said this new research is important.

The analyses were done well and push the needle further in a direction that suggests “when we are doing imaging for one reason, we should use the totality of information that we have available,” he noted.

“I mean, if you are looking at a lung nodule, if you see an aortic valve that’s very calcified, then it should prompt you to at least ask the patient about some symptoms related to that,” Virani explained.

However, he said more research is needed on a larger population before LDCT can be considered a diagnostic tool for aortic stenosis.

“I think we have to understand that this study was done in a very specific group of patients,” said Virani, professor in the sections of cardiology and cardiovascular research at Baylor College of Medicine, Houston. “If you were to do it in a population that was much younger, with much lower risk of even lung cancer, then the yield of a CT to pick up aortic stenosis would be lower.”

Before any practice changes are made regarding LDCT and the diagnosis of aortic stenosis, there needs to be more research on how many people in the general population are getting non–cardiology-related chest imaging and then come up with a population-based metric as to what calcium score cutoff could be used, he said.

Fijalkowski said he believes the results of his study will encourage physicians to focus not only on pulmonary nodules but also to look for additional things such as aortic valve calcification.

The experts did not disclose any relevant financial relationships.