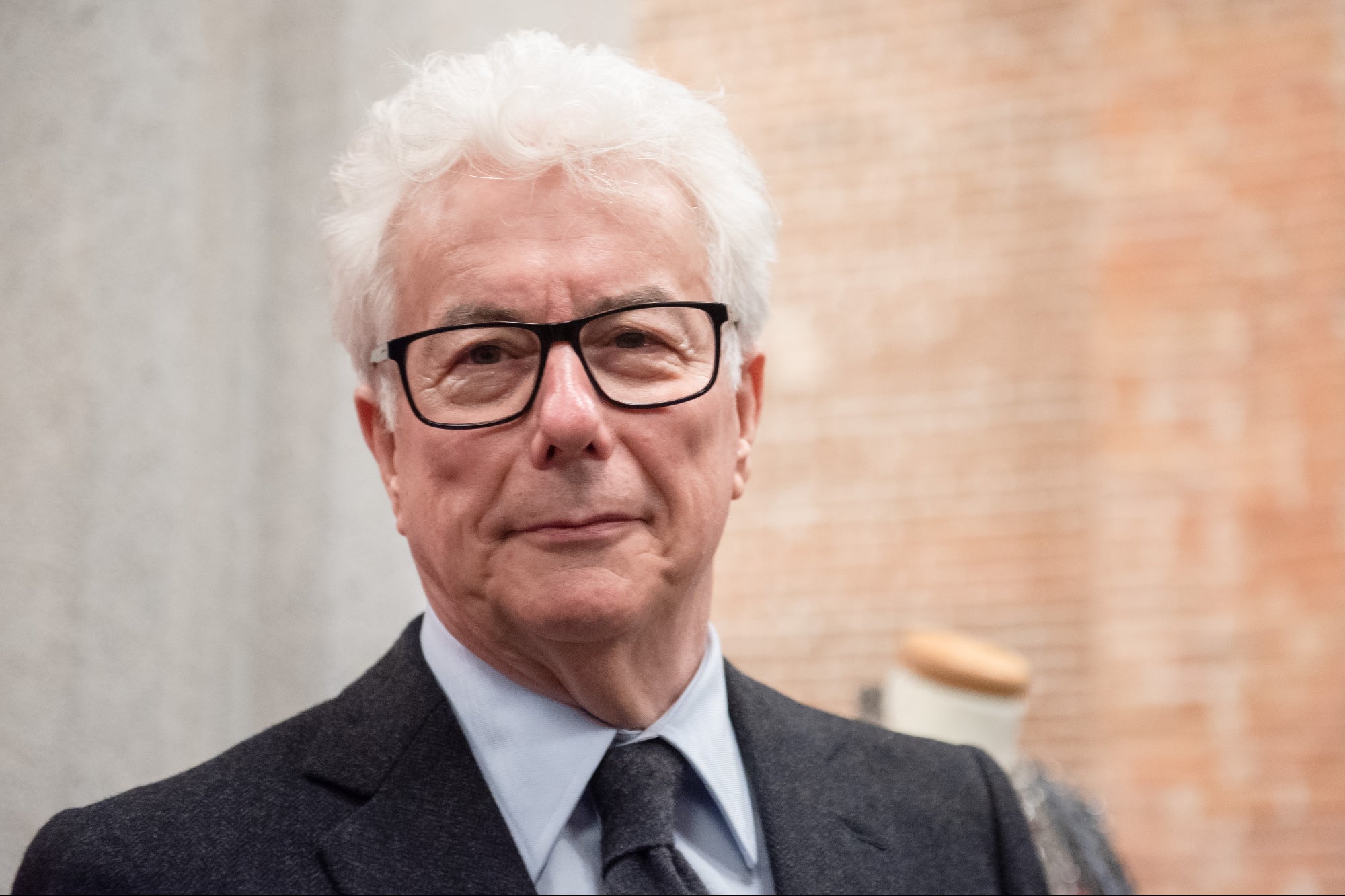 
In his 50-year career, novelist Ken Follett has written 32 books and sold more than 170 million copies worldwide. So the guy knows a thing or two about how to pen books people want to read.

Follet first burst into the scene writing a little ditty called Eye of the Needle in 1978. Set in the Second World War, the spy story thriller became an international bestseller and led to a 1981 movie starring Donald Sutherland. He continued to write thrillers up until 1989, when he shifted gears and released a sweeping historical epic called The Pillars of the Earth. That book reached number one on bestseller lists worldwide and was an Oprah’s Book Club pick. It also spawned a hit TV series. The sequels to the so-called Kingsbridge series, World Without End and A Column of Fire, have sold more than 40 million copies worldwide.

Now Follett has released a prequel to the Kingsbridge series called The Evening and the Morning, which is set in 997 AD and includes lots of Vikings, Norman invaders and corrupt kings.

Recently, I had the pleasure of interviewing Follett, one of my literary idols, on the podcast Write About Now. He pulled the curtain back on his wizardry to share his process for writing his bestsellers, which hasn’t changed in decades. Here are his tips for writing success.

Related: This Is What 300 Writers Say Made Them Successful

Before Follett types the first words of a new book, he spends a year researching. That’s right — one full year. “I am a great planner,” says Follett. “And research and planning really go together because I’ll be thinking about the way I could take the story, and I’ll realize that I don’t know enough about a certain topic. And so the next day I’ll read a book about that.”

But Follett doesn’t just read about an era of history he’s covering; he also takes field trips to take in the sights and sounds. While researching The Evening and Morning, he spent a week touring Anglo-Saxon buildings in England, and he visited The Viking Ship Museum in Norway, surveying the decks of restored Viking ships. He also discovered a 60-yard embroidered tapestry from the 11th century that tells the story of a Noman invasion. (“It’s the mother of all strip cartoons,” Follett muses.)

Follet admits that he spends good money hiring notable historians to help with the research—-  and keep him honest. After he’s written a draft, he has scholars fact-check his work. Sometimes he gets things wrong. For example, in a battle scene in an early version of his new book, the soldiers carry swords, battle axes, bows and arrows. Nope, said the historians. The average soldier at that time just had a spear.

2. Map out a treatment

While Follett is researching his subject matter, he’s also taking notes about possible plot lines and interesting characters. “The research gives me new ideas for new scenes, so those two processes feed off one another,” he says.  At the end of a year, he has knowledge of the era and an outline “sort of like a movie treatment,” which is around 60 pages long, explaining who his main characters are and what happens to them in each chapter of the book.

Again, Follett will not write before knowing exactly where his story is going. Why?

“For a popular novel, you can’t have any boring bits,” he says. “The story must keep turning and changing, and there must be always something that makes you as a reader think, “Oh my goodness. “How is this problem going to be solved?”

3. Plot the story before the characters

For Follett, it’s the story first, then the characters. “I get an idea of what direction the plot is moving in, and then I start to think of the people who are going to be doing all this stuff.” And those people or characters have to screw up or get screwed. “If nobody gets into trouble, there’s no story,” he explains.

Oh, and while we’re on the subject of characters, Follett says it’s essential to make them relatable. “One essential feature of a bestselling novel is that the reader has an emotional reaction to the story. The kernel of the thing is the reader shares the emotions of the characters.”

Related: The Best Business Book Ever Written, According to Bill Gates and Warren Buffett

Once Follet has his plot and characters, he spends one full year writing his first draft and the next year rewriting. Follett admits that his initial drafts aren’t very good. So don’t stress if your first take is garbage. There’s a reason he spends 365 extra days sharpening his work and incorporating suggestions from his team of fact-checking scholars.

Reading a Ken Follett book is a lot like time travel. He’s able to transport you to a completely different time and place. How does he do this? It’s all in the details. Follett says it’s essential to capture what your five senses might experience. What does the place smell like? What does the food taste like? He says to pay attention to the background sounds. In writing The Evening and the Morning, he was struck by the sound of the river tossing and turning.

Follett admits to having a secret formula for making his novels so suspenseful. Well, it was a secret until he revealed it to me. Sorry, Ken!

Turns in the story help keep things interesting. They can be something as small as someone telling a lie to something a lot bigger such as murder. “It doesn’t matter so long as the situation changes for the characters and the problems that they’re facing,” he says.

7. Read your butt off

Follett’s advice to those who want to be good writers: Be a good reader. He is surprised by the number of aspiring writers he meets who don’t read books: “I never met a novelist who wasn’t a voracious reader. We were all readers as kids, and we’re all readers as adults. That’s how you learn the basics.”

Related: How to Write a Book (and Actually Finish It) in 5 Steps

You can listen to the full podcast interview here: