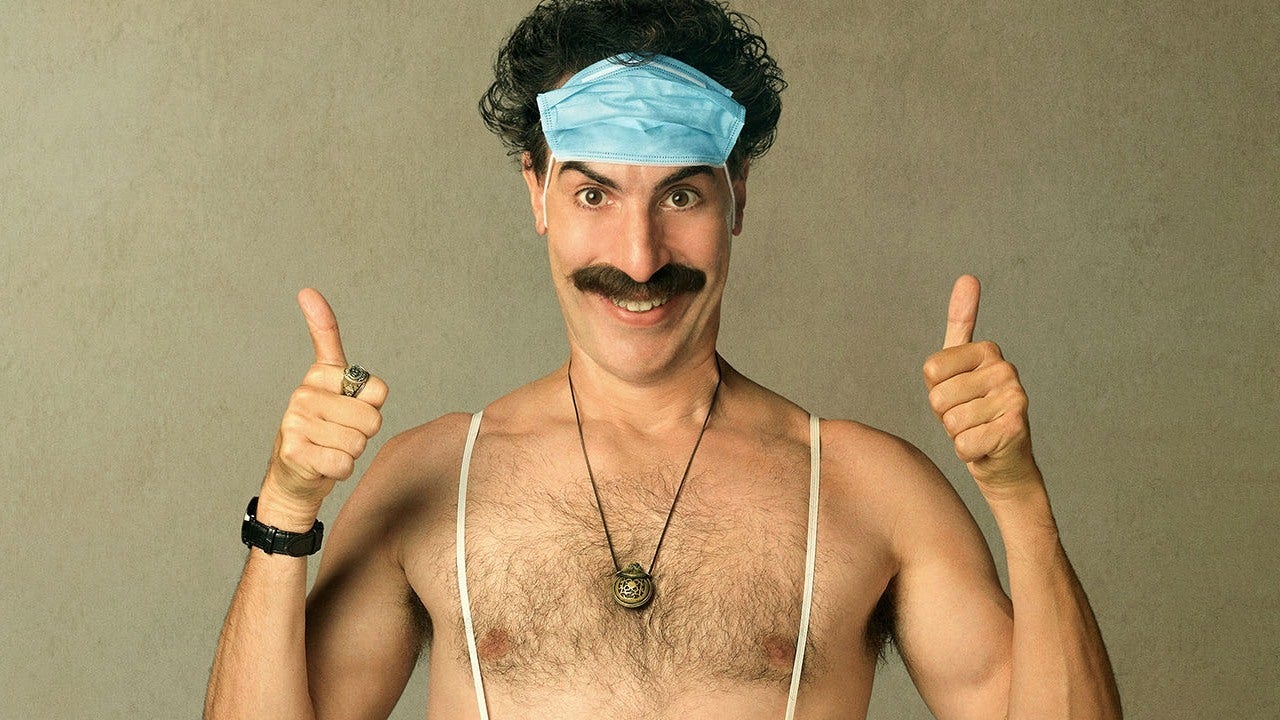 Considering that Cohen’s depiction of someone from Kazakhstan is anti-Semitic and vulgar amongst many other less-than-positive traits, it makes sense that country officials have rejected Borat. The country has now embraced the character, however, using one of the most popular Borat catchphrases, “very nice,” in official tourism advertising, as reported by AV Club.“In COVID times, when tourism spending is on hold, it was good to see the country mentioned in the media,” Kazakhstan tourism board deputy chairman, Kairat Sadvakassov, told The New York Times. “Not in the nicest way, but it’s good to be out there.”

This comes after years of silence from the country in regards to the character. Sadvakassov said that silence was the country’s answer to Borat. The tourism chairman said the country decided to “let it die its natural death and not respond” in regards to Cohen’s character. That all changed when Dennis Keen and Yermtek Utemissov pitched a new tourism ad slogan: “Kazakhstan. Very nice!”

The slogan was approved and four short films highlighting the country’s culture and destinations were created, each accompanied by a resounding “very nice.” Utemissov said it was the older citizens of the country that made embracing Borat difficult, as younger citizens understood what Cohen was doing with the character.“They’ve got Twitter, they’ve got Instagram, they’ve got Reddit, they know English, they know memes,” Utemissov said. “They get it. They’re inside the media world. We’re looking at the same comedians, the same (Jimmy Kimmel) show. Kazakhstan is globalized.”

AV Club received a statement from Cohen and the actor is relieved that Kazakhstan has finally embraced Borat.

“This is a comedy, and the Kazakhstan in the film has nothing to do with the real country,” Cohen said in the statement. “I chose Kazakhstan because it was a place that almost nobody in the U.S. knew anything about, which allowed us to create a wild, comedic, fake world. The real Kazakhstan is a beautiful country with a modern, proud society — the opposite of Borat’s version.”

If you haven’t yet checked out Cohen’s latest foray into the world as Borat, be sure to read why we thought the long-awaited sequel to Borat was great in our Borat Subsequent Moviefilm review. After that, read about how Borat 2 busts Rudy Giuliani in a very compromising scene and then check out this Borat 2 deleted scene that features a White House infiltration.

Wesley LeBlanc is a freelance news writer and guide maker for IGN. You can follow him on Twitter @LeBlancWes.

PC players will have to re-buy Hitman 2 levels...