Just buy a Fire tablet instead 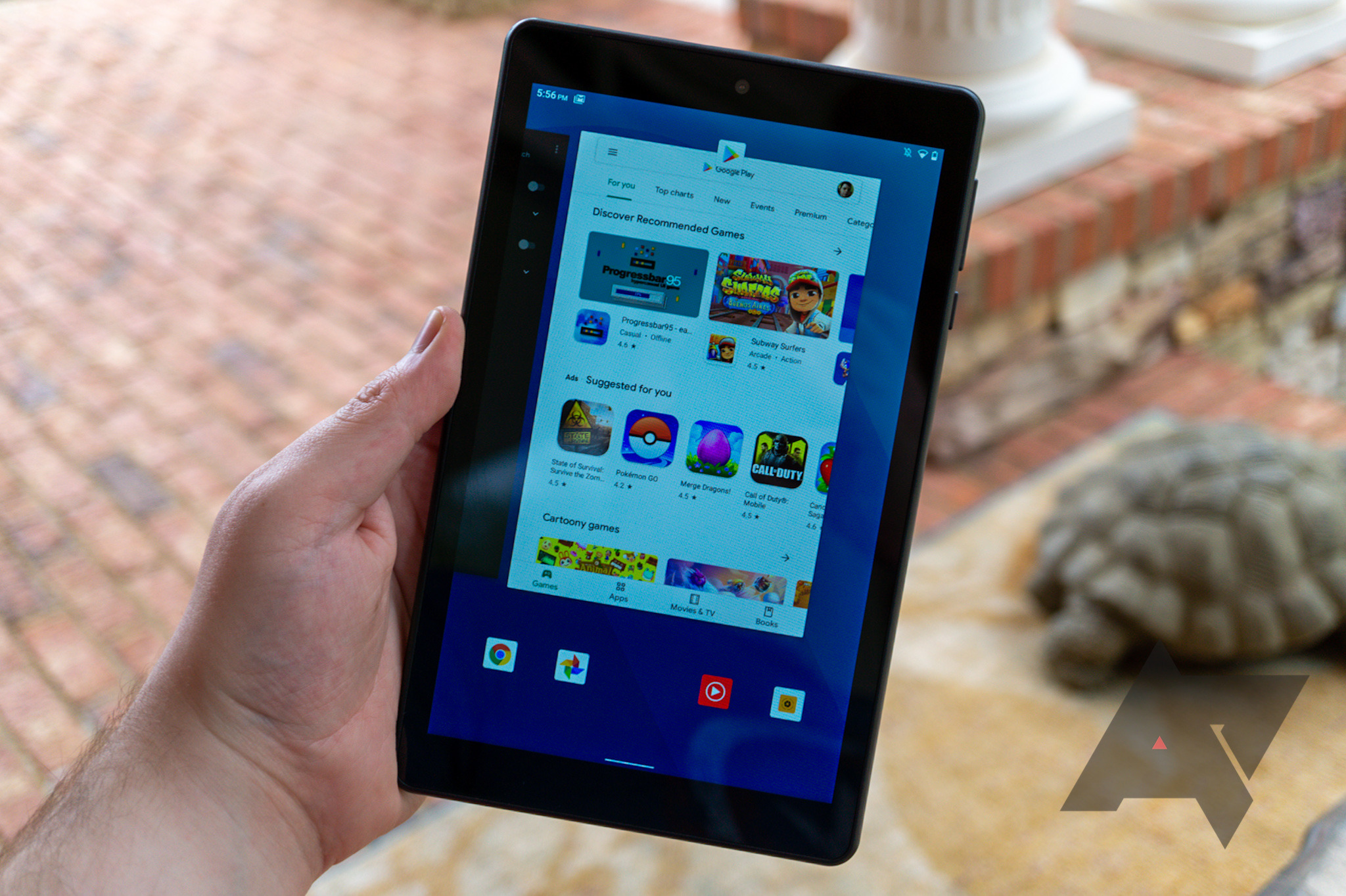 Walmart released two tablets under its ‘Onn’ tech brand last year, the Onn 8 and Onn 10. We reviewed the smaller model, and for $65, it wasn’t a bad device at all. Unlike Amazon’s Fire tablets, which use a heavily-modified build of Android with only Amazon’s own app store, the Onn 8 shipped with the Play Store and clean Android 9 Pie.

This year, Walmart is going for a slightly higher-end experience with its new Onn 8 Pro and Onn 10 Pro tablets. The prices have gone up a bit ($99 and $129, respectively), but in exchange, the models now offer slightly better hardware, Android 10, and USB Type-C connectivity. I received the Onn 8 Pro for review, and while it’s an improvement over Walmart’s last tablets, I’d recommend a Fire HD 8 to most people instead.

At first glance, the Onn 8 Pro feels like a premium device. The back and sides are covered in metal, instead of the cheap-feeling plastic you see on most other tablets in this price range.

The bottom of the tablet has two speaker grills and a USB Type-C port, while the top has a microSD card slot and a headphone jack. There aren’t too many budget Android tablets with Type-C connectors, which makes it one of the Onn 8 Pro’s standout features.

Bottom-of-the-barrel display panels are common in budget tablets, and what’s what you get on the Onn 8 Pro. The screen is an 8-inch IPS LCD, with a resolution of 1280×800. That’s not a terrible resolution for a tablet of this size, but something higher would have been nice. The screen also has a slight blue tint, and there’s some light bleeding around the edges.

Those faults are probably to be expected in a sub-$100 tablet, but I do have one additional complaint. Most touchscreen devices have an oleophobic coating on the display, which repels skin oils and keeps fingerprints/smudges to a minimum. The Onn 8 Pro doesn’t appear to have any coating at all, or if it does, it’s not good enough.

Walmart’s Onn 8 Pro quickly becomes covered in gross fingerprints and smudges after only a few minutes of regular use. The lack of a coating also creates more friction when swiping, which doesn’t pair nicely with Android 10’s gesture navigation. The original Onn 8 also didn’t have an oleophobic coating of any kind, but it did come with a pre-installed screen protector with its own coating — no such luck with the Onn 8 Pro.

It’s incredibly bizarre to me that this tablet has great-to-have features like Android 10 and a Type-C port, but it leaves out something as basic as a screen coating. There are also no screen protectors available yet for the 8 Pro that solve this problem. On that note, the back of the Onn 8 Pro also seems more prone to smudges than most metal phones/tablets I’ve used.

Moving onto the internal hardware, the Onn 8 Pro is powered by the MediaTek MT8768 paired with 2GB of RAM. There’s also 32GB of internal storage, though only about 24GB of that is usable out of the box. There’s still enough room for plenty of applications and games, but if you’re planning to load this up with offline music and videos, a microSD card would be a good purchase.

The Onn 8 Pro comes with a mostly-stock version of Android 10 with the Google Play Store, which is certainly one of the tablet’s best features. That means Google apps and services like Assistant, Gmail, Chrome, and YouTube all work as expected. If you’re a parent, you can even use the Onn 8 Pro as a managed device under Google Family Link, which allows you to monitor usage of apps and set limits.

The only modification to Android that I’ve noticed is the always-present Walmart button in the navigation bar, which opens a drawer of favorite apps. The drawer conveniently contains Walmart’s own apps, but you can remove them and add your own. If you want to get rid of the button entirely, just switch to another navigation method from Settings > System > Gestures. Android 10’s full-screen gesture navigation is especially nice on tablets.

It’s worth noting that Walmart’s previous Onn 8 tablet has not received a single update (not even minor security patches) since it was released a year ago, and there is no indication the Onn 8 Pro will be any different. You may not mind the lack of security updates, given the Onn 8 Pro’s bargain-bin price, but even Amazon’s Fire tablets receive periodic updates with new features and security fixes. As far as updates go, there will likely be no differences between the Onn 8 Pro and the $30 Polaroid or RCA-branded tablets that have been on store shelves for years.

Despite the ‘Pro’ part in the tablet’s name, the performance is exactly what you would expect for a $100 tablet. You’ll have no problem streaming music or videos, and some games are playable, but multi-tasking or browsing heavy websites will cause slowdowns.

Battery life, at least, is a high point for the Onn 8 Pro. I’m not quite sure what the actual battery capacity on the tablet is — Walmart just calls it a “10-hour battery” — but it lasted me three days on a single charge with 2-3 hours of streaming Hulu and Plex each day.

To the surprise of absolutely nobody, the cameras on this tablet are not good. You won’t get anything Instagram-worthy out of the rear camera, but the front lens is good enough for video calls.

Probably not. The Onn 8 Pro seems like a good deal on paper. However, the lack of an oleophobic coating means you’ll have to get a screen protector (which aren’t widely available yet) if you want to keep it from becoming a disgusting mess of smudges. On top of that, performance is nothing special, and it will likely never receive a single update.

Most people probably don’t care about updates on a device intended for watching Netflix and playing some games, but with how many critical flaws are fixed in Android security patches each month, it makes me hesitant to recommend the Onn 8 Pro to anyone. Only a few months ago, a vulnerability was made public that allowed apps to obtain root access (gain full control) on phones and tablets with MediaTek processors — like the MediaTek chip in the Onn 8 Pro.

Amazon also just released a new Fire HD 8 tablet, which costs $10 less than the Onn 8 Pro (or $105 without lockscreen ads). Even though the Fire HD 8 uses a heavily-modified version of Android without the Play Store, Amazon actually knows how to add an oleophobic coating to its screens. Fire tablets also receive regular updates with security fixes, and there are far more cases/protectors/covers available than with Walmart’s tablets.