Home > Business > Joe Biden has big plans to help protect gig workers — but will he be able to enact them?

Joe Biden has big plans to help protect gig workers — but will he be able to enact them? 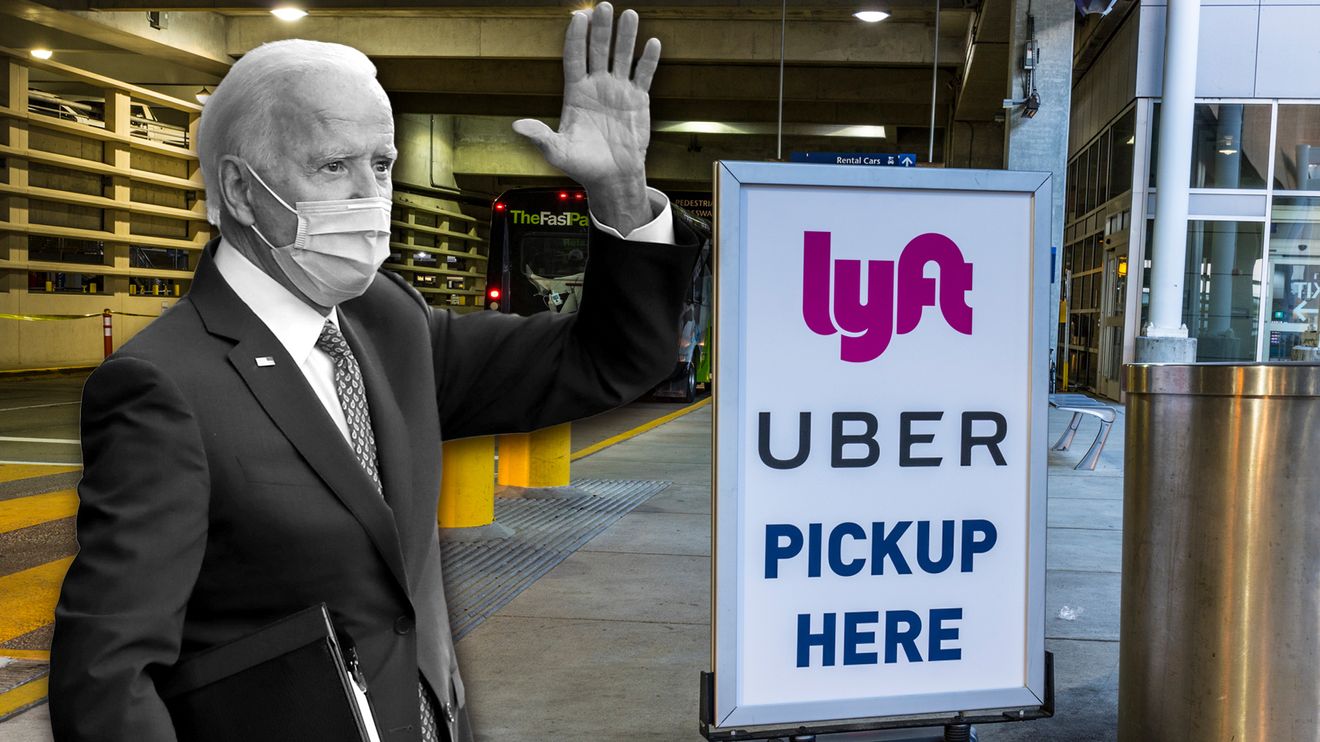 Gig workers are in for some changes under the Biden administration.

For starters, President-elect Joe Biden promised on his campaign website to “ensure workers in the ‘gig economy’ and beyond receive the legal benefits and protections they deserve.”

Unlike traditional salaried workers, workers who participate in the “gig economy” typically don’t qualify for the benefits available to full-time employees, such as overtime pay, paid sick leave, and anti-discrimination protections.

They also haven’t been formally recognized by the U.S. federal government. That’s partially because these workers come in many forms. They include side hustlers with regular full-time jobs, freelancers who take on extra clients on their off-hours, as well as Uber, Lyft and Instacart workers.

Often, these types of workers are incorrectly categorized as independent contractors, who unlike employees, traditionally aren’t eligible for unemployment benefits, minimum wage or paid sick leave. Under the CARES Act, these types of workers became temporarily eligible for unemployment benefits, but that will stop at the end of next month, absent of any new legislation.

Biden promises to “aggressively pursue employers who violate labor laws, participate in wage theft, or cheat on their taxes by intentionally misclassifying employees as independent contractors.”

“He will enact legislation that makes worker misclassification a substantive violation of law under all federal labor, employment, and tax laws with additional penalties beyond those imposed for other violations,” his campaign site states.

Furthermore, he will implement the “ABC test” that California uses to determine whether a worker should be considered an employee or contractor.

“The ABC test will mean many more workers will get the legal protections and benefits they rightfully should receive. As president, Biden will work with Congress to establish a federal standard modeled on the ABC test for all labor, employment, and tax laws,” Biden campaign site states.

As of Wednesday afternoon, Republicans had secured 50 seats in the Senate for the upcoming year while Democrats had secured 48. The two remaining seats, which will determine which party has majority control in the Senate won’t be known until after Jan. 5 when a runoff election for the seats takes place in Georgia.

Regardless of whether Republicans maintain control of the Senate or not, Biden is likely to encounter pushback from Republican lawmakers that could prevent him from passing new laws to reclassify gig workers as employees, in addition to raising the federal minimum wage to $15 an hour.

But his administration could hold the upper hand when it comes to interpreting existing laws, said Rebecca Smith, director of work structures at the National Employment Law Project, a worker advocacy group.


“A Biden Department of Labor would correctly interpret and enforce the Fair Labor Standards Act;” she added, which could enable gig workers to receive overtime pay and qualify for minimum wage.

Two months ago, the Department of Labor put forth a revised “interpretation of independent contractor status under the FLSA.” It rejects the ABC framework California implemented to determine whether a worker can be characterized for legal purposes as an employee.

Instead, it applies what the agency refers to as an “economic reality test.” There are five factors part of the test but the two factors which the DOL places the greatest weight on are “the nature and degree of the worker’s control over the work and the worker’s opportunity for profit or loss.”

The DOL takes the position that app-based workers essentially are independent contractors because they have the “freedom to set hours, reject assignments, and work for competitors,” and therefore exert control over their work.

“A Biden National Labor Review Board would consider these workers employees like any other,” Smith told MarketWatch adding that “a Biden Equal Employment Opportunity Commission would ensure they have protection against discrimination.”

On top of that, Biden has also expressed support for the Protecting the Right to Organize Act, or the PRO Act, that the House passed in February. The PRO Act would allow more workers, such as independent contractors, to exercise collective bargaining rights without facing penalties.

Susan Cuffaro, a founding member of Gig Workers Collective, a nonprofit group of more than 1,000 gig workers, is hopeful that Biden will get the PRO Act passed, though she recognizes that it would depend “on getting a Senate that will work with him.”

But first and foremost, she said she expects Biden to “to appoint Labor Secretary who is sympathetic to exploited workers in America.”

On Tuesday, Biden appointed Seth Harris, a former deputy labor secretary under President Obama, to the Biden-Harris Department of Labor transition team. He is seen as a possible pick for Biden’s Secretary of Labor. In 2015, Harris co-authored a paper with Alan Krueger, who was an economic advisor to Obama, that argued that workers who partake in the “online gig economy” should not be classified as employees but rather as “independent workers.”

“Because it is conceptually impossible to attribute their work hours to any single intermediary,” the two argue that independent workers should not be required to receive hourly minimum wage or overtime payment. However they support independent workers having the right to collectively organize.

(Uber and Lyft did not respond to MarketWatch’s requests for comment.)

These appointments concern Cuffaro, who shopped for Instacart for four years and stopped at the onset of the pandemic because she feared the company was not taking adequate care of shoppers.

“
‘I’m concerned that [Biden] will be receiving tainted advice from some of these individuals, or at least advice that is not taking into account the needs and desires of the actual gig worker force’
”

“I’m concerned that [Biden] will be receiving tainted advice from some of these individuals, or at least advice that is not taking into account the needs and desires of the actual gig worker force,” Cuffaro, who is from San Diego, told MarketWatch.

Ultimately, Cuffaro is worried that “corporate money and influence will continue to drive policy decisions to the detriment of economically vulnerable workers.”

“I’m very excited that we can look forward to a new administration in January, I believe that President-elect Biden truly, truly wants to do the right thing for all workers, Cuffaro said. “ I’m just hoping that it won’t get twisted and turned in the tumultuous weather that is Washington, D.C.”