Jeff Bezos, Elon Musk increased their wealth by $217 billion in 2020 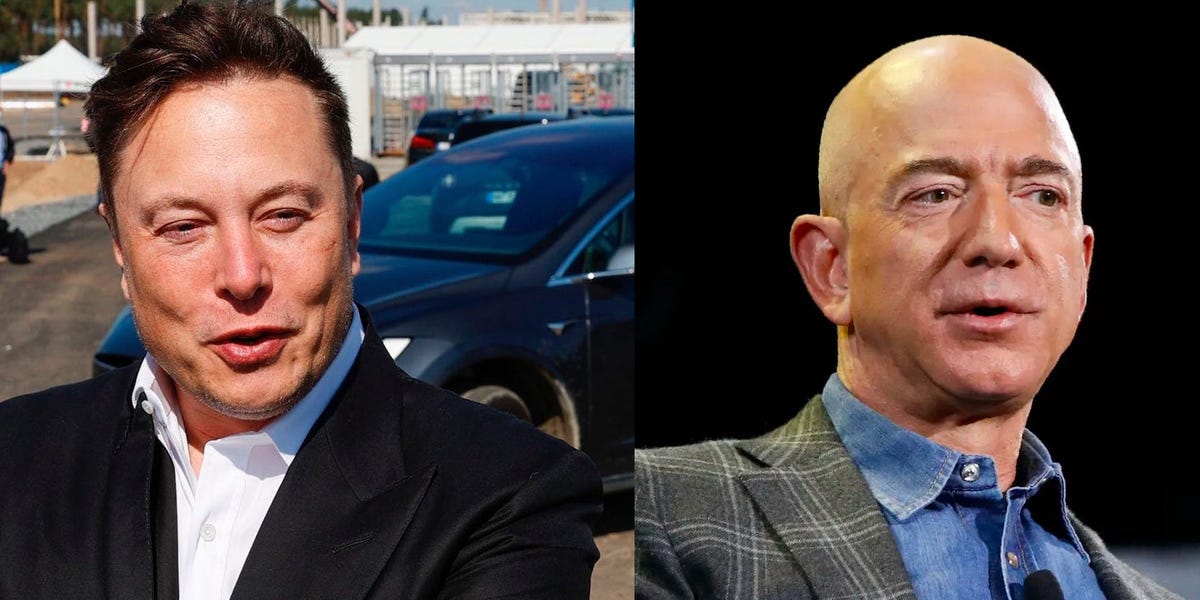 While many Americans were economically upended by the coronavirus pandemic, and now await a decision from Congress on whether they’ll receive a $2,000 stimulus check soon, the world’s richest people had raked in record gains in 2020.

Last year, Jeff Bezos and Elon Musk collectively increased their net worth by $217 billion last year, an amount that could cut $2,000 checks for more than 100 million Americans.

The world’s richest person, Amazon CEO Bezos, is now worth about $190 billion, according to the Bloomberg Billionaires Index. And Tesla founder and CEO Elon Musk took second place with about $170 billion, surpassing Microsoft’s Bill Gates.

Musk’s net worth, in particular, grew the fastest in 2020, Bloomberg reported. His net worth is primarily made up of Tesla shares, of which he owns about 75%, according to Bloomberg.

These figures come as millions of people in the United States remain jobless because of the economic devastation brought on by the coronavirus pandemic.

Congress in March passed the first coronavirus stimulus package, which included $1,200 in direct payments to Americans. It was an attempt to offset the financial ruin after small businesses nationwide were shuttered to curtail the spread of the virus.

Americans waited nine months to receive a second stimulus check. In December, Congress finally reached a deal on the second stimulus relief package, an agreement that included $600 checks to taxpayers.

But the House and the Senate are once again at odds as House Democrats are pushing for $2,000 checks to go out. Senate Republicans, led by Majority Leader Mitch McConnell, have repeatedly struck down the effort.

Meanwhile, employment rates have been steadily rising in the US. But the November jobs report from the Labor Department said about 15 million people did not work that month because of the pandemic.

Globally, the outlook is much grimmer.

In a report released last year, the World Bank predicted that global poverty would rise in 2020 for the first time in more than two decades because of the coronavirus pandemic.

“The newest and most immediate threat to poverty reduction, COVID-19, has unleashed a worldwide economic disaster whose shock waves continue to spread,” an overview from the World Bank reads. “Without an adequate global response, the cumulative effects of the pandemic and its economic fallout, armed conflict, and climate change will exact high human and economic costs well into the future.”

Collectively, the net worth of the world’s 500 richest people grew about $1.8 trillion last year, according to Bloomberg. It’s a 31% increase that represents the largest annual gain in the eight years that Bloomberg has tracked these figures.

How to clear an SD card by formatting it on a ...

Which one should you buy? » Gadget Flow...