Home > Business > I’m already trying out a COVID vaccine. But can I get another one injected, in case it was a placebo?

I’m already trying out a COVID vaccine. But can I get another one injected, in case it was a placebo? 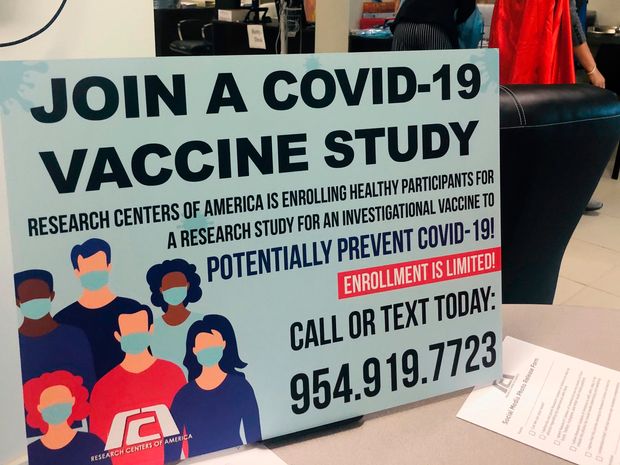 Will I be inoculated against coronavirus twice — with two different vaccines? Or will I, on the other hand, miss my chance altogether?

These questions started nagging at me when news broke last week that the U.K. government had approved the vaccine from U.S. drugmaker Pfizer and its German partner BioNTech
BNTX,

— inoculations will now start within days. A government body has published the list of the categories that would get it in priority — care homes, the elderly, then by age group in declining order, as production of the vaccine is being ramped up in Pfizer’s
PFE,

Let’s remain discreet about my age — suffice to say that I’m in line to be inoculated before most of the population. My first reaction was to worry that I might be passed over whenever my turn comes, since the National Health Service obviously knows that I’m one of the 15,000 currently testing the vaccine from U.S. biotech Novavax
NVAX,

in its late-stage trial.

But then I started worrying for the opposite reason: What if they shoot me twice with different vaccines? That’s the downside of agreeing to be a guinea pig: You never quite know what’s going on in your body. Then again, when do you ever know, really? Isn’t it better to let the science people take over and lead you?

There is, of course, a third reason to be worried, because maybe I haven’t received the Novavax vaccine at all. There is indeed a 50-50 chance that all I got was the placebo — the innocuous solution of saline water that allows scientists to compare the two segments of the trial population, the volunteers who received the vaccine and those who didn’t. Even the doctors don’t know who got what, to maintain the trial’s integrity.

But as the experiment is scheduled to last a few months, a possible scenario is that patients who received the placebo won’t receive one of the available vaccines, all in the name of science… This is an ethical problem that vaccine developers are currently struggling with, which could affect many thousands of volunteers.

And as it happens, in the U.K. at least, health authorities don’t leave it in the dark. That is one of the many advantages of a centralized, national health system. I have received fliers, emails, and regular explanations whenever I go the hospital. That has been three times already, twice to get the two injections, and once 35 days after the first one to have a blood test. My next appointment is now in February.

Read: Here’s the timeline for vaccine approval around the world, as U.K. authorizes COVID-19 shot

Novavax may have the first results of its late-stage trials early next year, and may then be able to give us an idea of its vaccine’s efficacy. That would, in turn, pave the way for a request for approval from the medicines’ regulator.

At least I’ve been able to understand that my situation is more simple than my patient’s paranoia envisaged.

Whenever my time comes, in a few weeks or a few months at most, my file will be “unblinded,” meaning doctors will be authorized to know whether I was injected with the Novavax vaccine or with the placebo. In the latter case, then I’ll be able to stand in line for the Pfizer vaccine and withdraw from my current trial. And if I have received a shot of Novavax, I will be advised on what to do, although if it has been proven potent enough, I suppose that I won’t need a trip to the hospital again.

Then I will live a rather ordinary early-adopter conundrum: Proud to have been a pioneer in testing a new product, but prone to be among the first to experience possible undesirable side effects. All of which I was very much aware of when I volunteered three months ago.

Read: This is why I volunteered for the Novavax COVID-19 vaccine trial, and am still cheering for the underdog

Law approved for Google and Facebook to pay th...