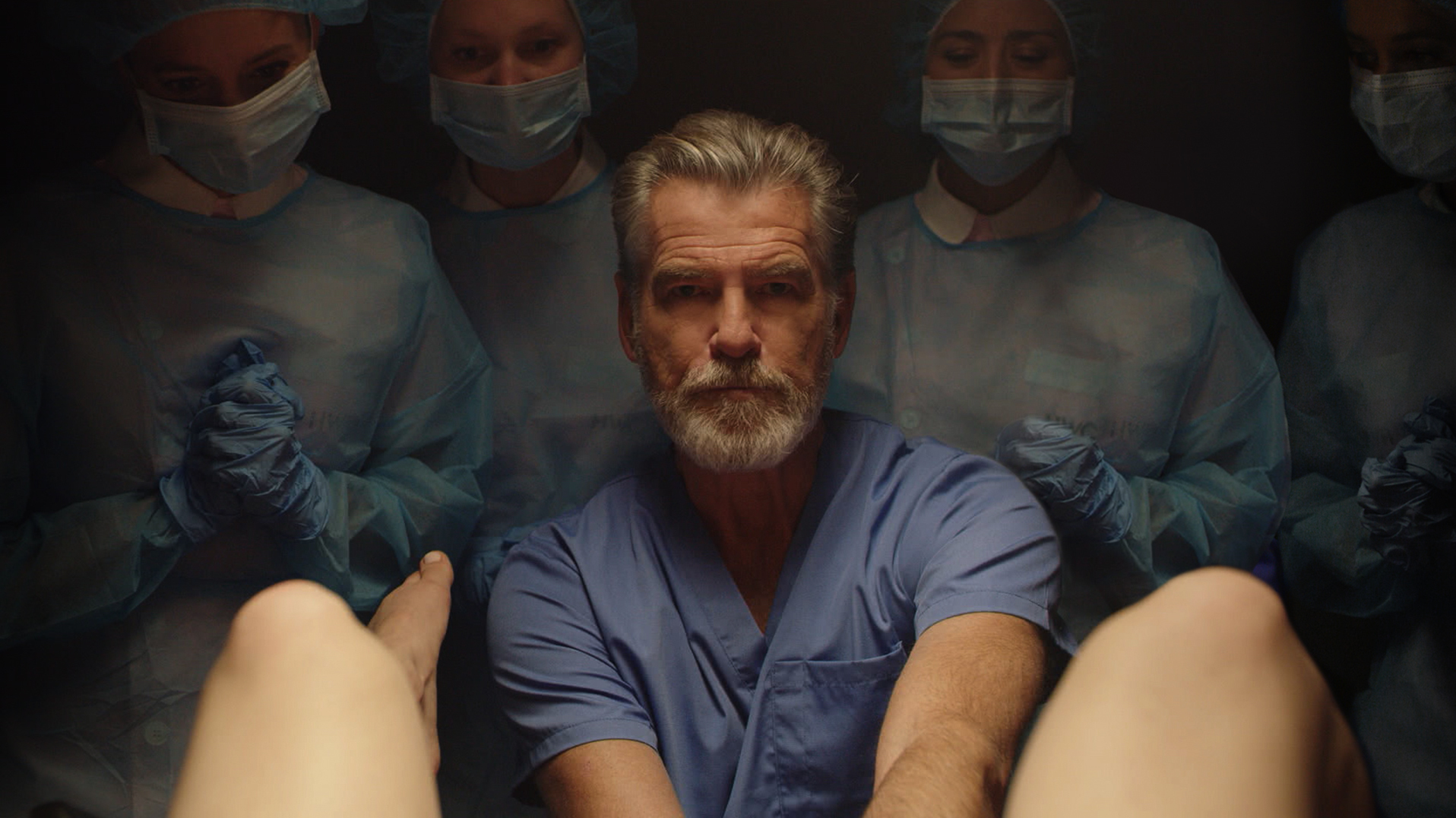 False Positive is an imperfect movie worth watching.

Co-written by star Ilana Glazer and director John Lee, the newest horror title from A24 begins with a familiar premise. When hopeful parents-to-be Lucy (Glazer) and Adrian (Justin Theroux) seek the help of charming fertility specialist Dr. John Hindle (Pierce Brosnan), the couple experiences near-instant success — conceiving not one, but three children on their first attempt.

False Positive is an imperfect movie worth watching.


For Lucy, however, the joy of expecting soon gives way to an eerie sense that something isn’t right, and a thorny psychodrama between her, her doctor, and her husband starts to unfold. Speaking with a friend (Sophia Bush), Lucy confides, “They’re trying to make me think that I’m crazy” — but crazy about what, she isn’t so sure. The friend dismisses these suspicions as “mommy brain,” a patronizing refrain that dogs Lucy throughout her hellish ordeal to come.

Of course, this psychologically slippery territory was explored by Roman Polanski and Mia Farrow in the themes of Rosemary’s Baby decades ago, but those same ideas are updated here to reflect the increased complexity of modern motherhood. There’s the female-centric body horror you expect, including some spooky sonograms and tiny hands poking through Lucy womb, but also some mind-bending fuckery you really don’t see coming.

Take the film’s first dark turn. Upon discovering Lucy’s triple pregnancy, Dr. Hindle informs the parents that they should consider selective termination — a medical procedure by which the number of fetuses is reduced to avoid complications in labor. Lucy and Adrian are told to choose between their twin boys and their single girl, setting up not just a symbolic battle of the sexes among the would-be infants but spurring an intense clash between husband and wife.

Glazer and Theroux make these scenes come alive, with a punchy dynamic that helps their somewhat convoluted conflict feel real. Still, it’s the scenes with Brosnan that are the most memorable, with the former James Bond actor delivering a performance akin to Little Shop of Horrors’ sadistic dentist, but, y’know, more gynecological.

There’s the body horror you expect, and plenty of psychological fuckery you don’t.


Through sequences depicting everything from the sunshiny parenting trends shown on Instagram to the misogynistic power imbalances still plaguing women in the workplace and at the doctor’s office, False Positive assembles an intriguing deck of pregnancy-related scenes through the eyes of its heroine. Together, they form a unique mix of satire and scares that don’t make for an especially cohesive story or character, but effectively convey a feeling that’s apt for the frenetic discourse currently surrounding female bodily autonomy.

As the intensity of the emotionally-charged plot ratchets up and Lucy’s due date approaches, the logic of this narrative melts away to reveal a collection of oppressively cinematic moments that are as overwhelming to the viewer as they are to Lucy. Sussing out what’s real and what isn’t becomes increasingly difficult, and no amount of “ending explained” googling will make it all line up. In this way, False Positive is more akin to a Lars von Trier-esque dreamscape than a straightforward bout of pregnancy horror.

False Positive — After months of trying and failing to get pregnant, Lucy (Ilana Glazer) and Adrian (Justin Theroux) finally find their dream fertility doctor in the illustrious Dr. Hindle (Pierce Brosnan). But after becoming pregnant with a healthy baby girl, Lucy begins to notice something sinister through Hindle’s gleaming charm, and she sets out to uncover the unsettling truth about him, and her own birth story. As if getting pregnant weren’t complicated enough… Dr. Hindle (Pierce Brosnan), shown. (Photo by: Courtesy of Hulu)
Credit: HULU

Still, the rage at the core of False Positive is resounding. You’ll be confused by the movie’s beats, but their collective argument that women are entitled to ownership of their bodies is clear. It’s a worthy message and a thought-provoking watch that rewards as much as it frustrates, creating fertile ground for personal reflection among its audience.