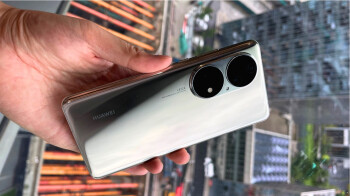 As you might know, the Huawei P50 & P50 Pro became official yesterday. The P40 series successors carry a brand new design on the front and a polarizing yet original rear panel. Some call the camera bump a stovetop because it resembles… a cooker.

Apart from that, these are the first Huawei flagships that will be using Qualcomm’s flagships Snapdragon chips – the Snapdragon 888 (4G). Some P50 Pro models will stick to a Kirin 9000, which is in limited supplies due to the US trade ban.

We also saw HarmonyOS make its debut on a Huawei phone – another first for the Chinese tech giant. But! Of course, even the US trade ban and bold design language pale in comparison to the camera system on the Huawei P50 series.

Despite the trade wars and the obviously decreasing interest in Huawei phones due to their lack of Google Mobile Services, the mobile tech world will always save a special place for Huawei’s cameras. After all, the Huawei P20, P30, P40, and Mate series, have contributed immensely to the revolution of the smartphone camera.

Now, somewhat surprisingly, the P50 Pro does the same!
Let me explain:

2. However, the Huawei P50 Pro boasts a seemingly underwhelming 3.5x zoom lens, while everyone was expecting a 20x optical zoom lens, or even a continuous zoom solution.

So, what happened here? Is Huawei out of funds? Perhaps, out of courage? Or worse – the company is out of innovative ideas? Definitely not the last one. In fact, it’s the opposite.

However! And here comes the cracker… The zoom goes well beyond 3.5x. It goes up to 100x zoom, which of course it’s about as usable as any other 100x-capable smartphone camera. The magic unfolds in the 5-20x zoom range, where, as it turns out, the device could match, or outperform dedicated 5-10x periscope zoom cameras, found on phones like the Huawei P30 Pro, Huawei P40 Pro+, Xiaomi Mi 11 Ultra, and Galaxy S21 Ultra.


The 64 MP periscope telephoto camera⁠ brings the far-away things close up while the HUAWEI XD Optics greatly improved image quality. With the up-to 200x Zoom range⁠, you can always get a clear and stable shot.

The photo samples and videos coming from various Weibo sources show unseen-before supersampling, combined with sensor-cropping and powerful post-processing. All of this works together to essentially take a messy 10x digital zoom photo at 16MP resolution and somehow stitch it together with data from the full 64MP tele-periscope sensor, turning it into an exceptional-looking 10x shot rivaling smartphones with “better” zooming capabilities on paper.

From the video above – the Huawei P50 is able to take a 10x digitally-zoomed photo (left) and magically turn it into a 16MP 10x photo (right) that rivals 10x optical zoom cameras.

It’s challenging to explain exactly what’s happening and what processing takes place behind the scenes. Whatever the exact combination of hardware and software is, Huawei has managed to show us another jaw-dropping camera feature, this time with the help of accurate calculations instead of raw hardware power.

If we punch in, we can see that the 64MP “Huawei XD Optics” telephoto-periscope zoom camera outperforms both flagship phones, which are much more impressive on paper. How?!

On this set of samples, this time coming from DXO, we see how the Huawei P50 Pro outperforms Xiaomi’s Mi 11 Ultra and Huawei’s own Mate 40 Pro+. The P50 Pro has far better detail, despite the fact that the other phones come with more powerful zooming solutions, at least on paper. The Mi 11 Ultra has a 5x periscope zoom camera, and the Mate 40 Pro+ has a 10x periscope zoom camera (similar to the Galaxy S21 Ultra).
Another exceptional achievement is the blur when zooming in. Bear in mind – you won’t get this creamy bokeh if you are far away from your subject. In the sample below, we see a 10x zoom shot of a subject that’s already not too far from the camera. However, the wide f/3.5 aperture makes the bokeh look simply stunning.

The bokeh from the 64MP sensor is pretty incredible when your subject is closer and you are zoomed in.

Huawei has done it again…

We might update this story with more photo samples as they become available. Bear in mind that all the samples you saw here have passed through Weibo, or/and YouTube’s processing, which significantly degrades the quality. This means, the native samples must be twice as impressive!

The Huawei P50 series will be available globally, but we don’t know when. Until we get our hands on the device, we’ll have to admire its camera system from afar. Although with zoom like this one, nothing is too far…