Home > Food > How to Make Pumpkin Pie Spice at Home

How to Make Pumpkin Pie Spice at Home 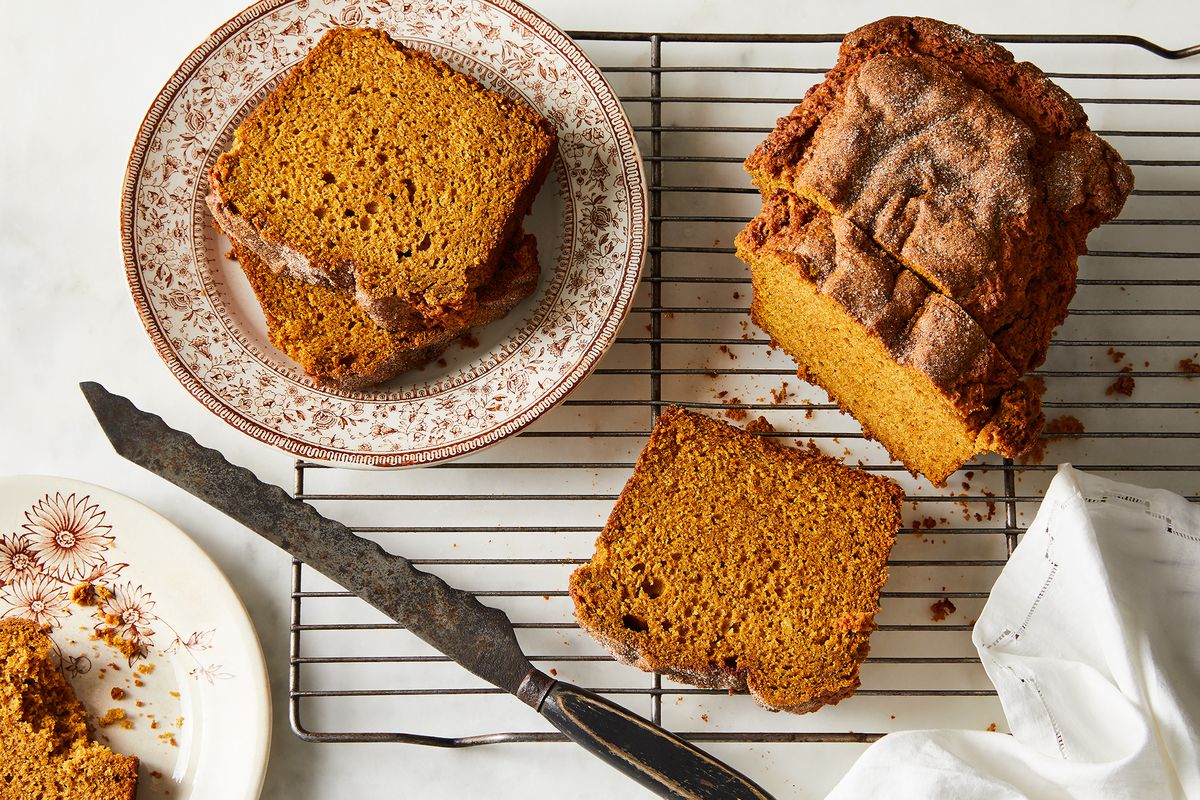 Picture this: It’s the weekend and you’re baking a pie, not because you have company coming over, but just for fun. You’re wearing a thick sweater, thicker socks, and you turn on the oven. While that heats up, you gather ingredients: flour, sugar, eggs, pumpkin purée, and—oh no. You’re out of pumpkin pie spice. But don’t worry: We can fix this! You can easily make DIY pumpkin pie spice at home using other basic spice staples like cinnamon, ginger, nutmeg, and cloves. Ahead, we’re sharing a few pumpkin pie spice recipes for when you find yourself in a pinch.

Pumpkin pie spice is a cozy, earthy, mildly kicky American spice blend (that, just to be clear, contains absolutely no pumpkin). Even though it isn’t made with pumpkin, it’s a popular ingredient in pumpkin-based recipes like pies, loaves, cheesecake, and more. It’s sold in small jars in the grocery store in the spice aisle, and while it has its moment in the spotlight during fall, you should be able to pretty easily find pumpkin pie spice year-round. So what is in pumpkin pie spice? Odds are, several of the components are already in your pantry. The ingredient list leans heavily on baking spices, such as cinnamon, nutmeg, cloves, and ginger, but the specifics depend on the brand. Let’s review a few for inspiration:

As long as cinnamon is leading the band—with a few backup instruments like ginger, nutmeg, and cloves—pumpkin pie spice can be made with many different spices. What matters is that the blend tastes delicious to you. Here, we’ll share a few different versions, depending on what you’re baking (or how you’re feeling that day).

Note: You can absolutely scale up these recipes to keep a bigger jar in your pantry. As long as you are using fresh spices (check the expiration date), they will stay good for months. If you’re wondering if your jar of pumpkin pie spice has gone bad, give it a smell. If it’s still noticeably potent, that’s a sign it’s still fresh. However, if it doesn’t smell warm and spicy, it’s sadly not going to give your baked goods tons of flavor.

I’ll be the one to say it: Pumpkin pie spice’s name is holding it back. This blend is good for a heck of a lot more than pumpkin pie or pumpkin bread, so don’t let that jar go to waste. Here are some sweet and savory recipes to get started (for the ones that don’t call for pumpkin pie spice in the ingredient list, just add it to taste).

Add to Any Pumpkin Recipe

Use As a Substitute for Cinnamon

If a recipe calls for cinnamon and you want to up the ante, swap in an equal amount of pumpkin pie spice. It will just add notes of cloves, nutmeg, ginger, and pepper for a cozy depth of flavor.

While pumpkin pie spice was made with dessert in mind, it’s just as valuable when it comes to dinner—especially with vegetables. Add homemade pumpkin pie spice to mashed sweet potatoes or sprinkled into the filling for our roasted vegetable enchiladas.

Spice Up a Crispy Chicken Crust

You’ve probably rubbed spices on a roast chicken or stirred some into the breading for chicken cutlets, yes? Let’s fall-ify that (the Spicy Pumpkin Pie Spice great here). The inclusion of freshly ground black pepper and cayenne pepper works well with savory dishes. We’ve shared a couple of our best ideas here, but experiment with your family-favorite recipes.

Don’t let this pie’s classic good looks fool you. Its flavor is dialed up, thanks to a Genius step: caramelizing the pumpkin purée.

“Because the pie crust is on the top rather than the bottom,” author Erin McDowell writes, “there’s no fear of soggy bottoms, and no need to par-bake.” Yahoo!

Aka pumpkin pie without a crust. If the thought of making flaky pastry gives you goosebumps, this one’s for you—just don’t skimp on the whipped cream on top.

The secret to the top of your pumpkin pie never, ever cracking, even if leave it in the oven too long? Mix some flour into the filling.

A cold, creamy take on pumpkin pie. This version has a gingery graham cracker crust, filled with spiced pumpkin pastry cream, and topped with a tangy sour-cream whipped cream.

“Pumpkin bread should be quick to come together, confident in pumpkin flavor, and moist as can be,” writes recipe developer Emma Laperruque. This recipe calls for both pumpkin pie spice and ground ginger for extra spiciness. Dark brown sugar introduces deeper caramelized notes that we’ll never say no to.

What’s your favorite way to use pumpkin pie spice? Let us know in the comments!