Home > Food > How to Get Rid of Garden Bugs

How to Get Rid of Garden Bugs 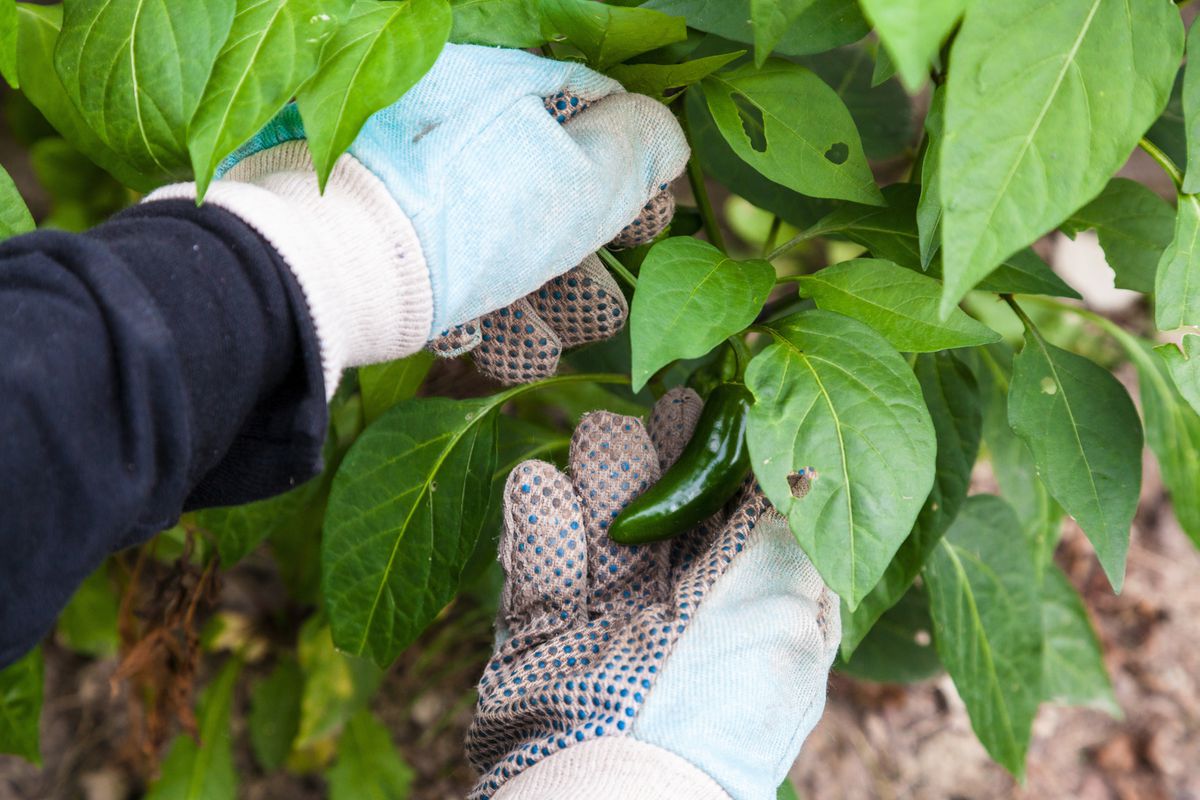 “Something is eating my so-and-so plant, what should I spray?” is a question I get asked… very often. My answer is always short and rather brusque: “Nothing, before you know what you’re up against.”

There are almost one million insect species in the world but only three percent of them are viewed as pests. Indiscriminately treating anything that visits your garden plants in search of food or shelter with a wide-spectrum insecticide does more harm than good, because it kills everything that crawls and flies, including beneficial insects and the pollinators we need so badly. It’s also a waste of time, effort, and money—plus, it can create a health hazard for humans and pets.

Here are four essential steps you should take for targeted, sensible pest control:

With mobile apps like Picture Insect and iNaturalist, you can identify an insect by uploading a photo. Some apps ask you to provide the location, which helps to narrow down the search.
Googling descriptive keywords can also give you the answer. When I search for “spit on plant leaves” it leads me to the spittlebug and I learn that what looks like spit is created by the nymphs (the immature insects) as a way to protect them from predators and insulate them from temperature extremes and low humidity. I also learn that while spittlebugs feed on many plants, they create little damage. It’s just that we humans are freaked out by what looks like spit. It can simply be washed off—end of story.

The plant on which you find an insect also gives you important cues about what it could be. Garden pests are often highly specialized and named after their favorite food: cabbageworm, corn earworm, tomato hornworm, Colorado potato beetle, cucumber beetle, pea weevil, pepper maggot, Mexican bean beetle, and so on. These pests often go after other members of the plant family too. Colorado potato beetles, for example, feeds on other nightshade plants: eggplant, pepper, tomato, ground cherry, and tomatillo.

When trying to identify omnivore insects such as aphids, leaf miners, spider mites, or Japanese beetles, it helps to include the geographical location (state) and month in your search.

Once you have positively identified the insect as a pest, learn about its life cycle, as the type of damage greatly depends on which stage an insect is in its life cycle. For some insects like cutworms, it’s the larvae that do the damage, in others, such as the tarnished plant bug, it’s the nymphs and adults that severely damage vegetables, berries, fruit trees, and ornamental plants. Also, insects can go through one or more generations per year.

Equipped with this information, get ready. Have your Japanese beetle traps lined up once the adults emerge and appear in your neighborhood, and get floating row covers for vegetable plants. You can also adjust your planting schedule. I gave up on growing arugula in my garden in the spring because flea beetles left the leaves looking like a window screen. In the fall, flea beetles are much less numerous and we get to eat the arugula. Flea beetles also used to ravage my young eggplants, so I had them growing in a high tunnel and only uncovered them in mid-summer when the plants were sturdy and less vulnerable.

Next, determine whether the damage is so bad that it requires action. Keep in mind that not all damage is caused by bad bugs. Beneficial insects need to eat as well! Leafcutter bees, for example, are important native pollinators, but they chew round holes in plants with thin, smooth leaves like roses, azaleas, and bougainvillea, to build their nests.

If the damage is caused by a real pest, and it’s severe to the point where it defoliates or threatens to kill the plant, or makes crops unsightly or inedible, then the next step is to combat it.

Damage caused by pests do not necessarily come from the pests themselves, it can also come from a disease they transmit. For example, the cucumber beetle can transmit bacterial wilt and squash mosaic virus, both serious plant diseases that will destroy a crop. In these cases, controlling the pest before it can infect the plant is crucial.

Conventional or organic insecticides are only one option to fight garden pests. You can also protect plants with mechanical barriers such as tunnels, floating row covers, or put up sticky traps. Another option is to plant pest-resistant varieties or make plants unpalatable for hungry insects with natural products such as diatomaceous earth, a talc-like powder made of the ground-up diatomic fossils. You can also encourage predatory insects such as the parasitic wasp that will eat the tomato hornworm. If you don’t have these good guys in your yard, you can purchase them from companies that specialize in biological pest control.

If you choose to use an insecticide, make sure that it is specifically designed for the pest and the life stage it’s at. Timing and the right conditions for pesticide application are also crucial. Milky spore, which is a popular biological control of Japanese beetles, should be applied in the early fall when the grubs are feeding and when there is more likelihood of rainfall, because milky spore should be watered in.

For pest prevention, meticulous garden hygiene is important so that pests won’t overwinter.

Some of the beneficial insects that prey on garden pests—ladybugs, lacewings, praying mantids, hoverflies—are beautiful, but don’t be fooled by appearances. The wheel bug, the largest of the assassin bugs, looks like it comes right out of a horror movie; however, it’s a highly beneficial insect. Assassin bugs stab their prey with their long mouthparts and they do not sting humans unless they feel threatened. A few years ago, I made the mistake of rolling up a car window with a wheel bug stuck in it, and got stung, which was quite painful for weeks. I preserved the bug in alcohol and sent it to our local Extension Office which promptly identified it for me (your local Extension Office is an excellent destination for all your gardening questions, by the way). Now, I stay at a safe distance when I see a wheel bug and I think of all the bad guys this creature keeps at bay.

Which bugs are a problem in your yard? Any tricks up your sleeve for handling them? Tell us below!