How Tex Avery shaped Bugs Bunny, Daffy Duck, and the language of cartoons 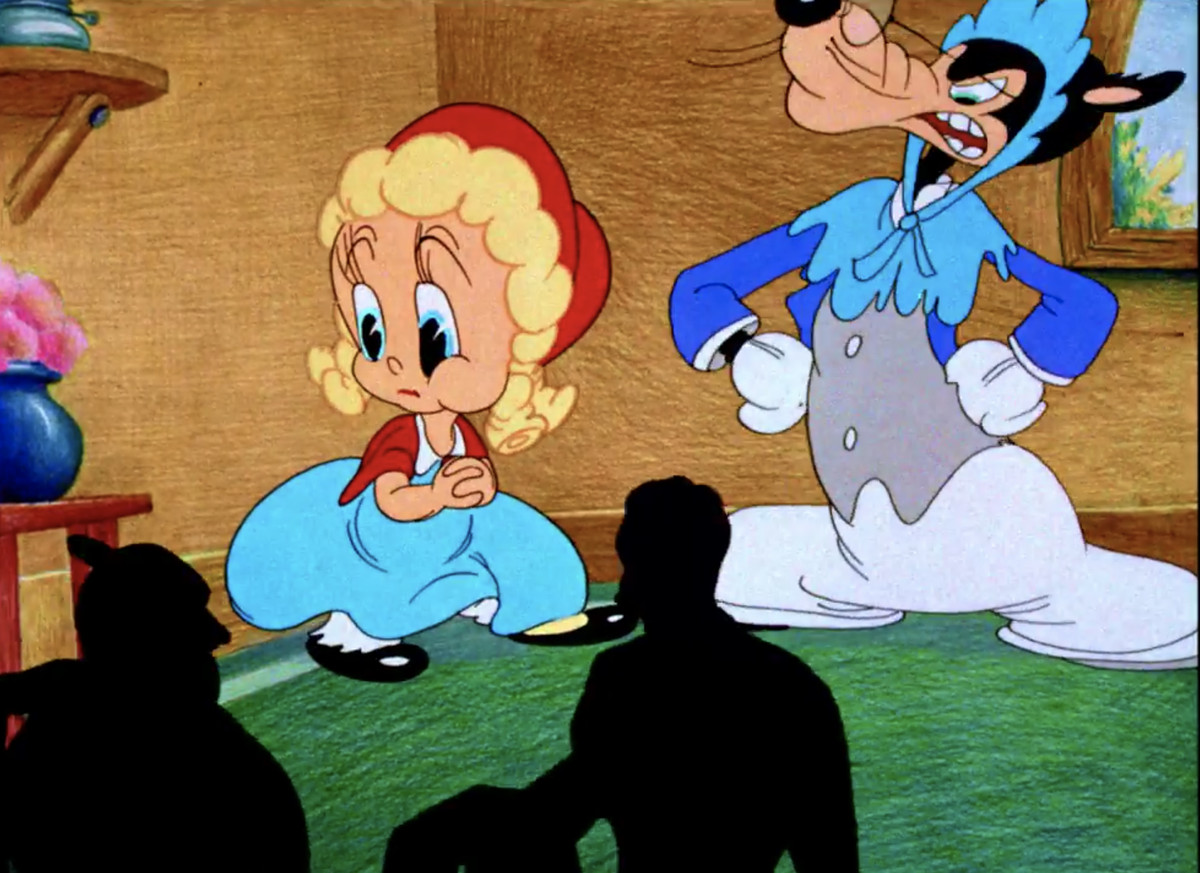 When it comes to the masters of the Golden Age of animation, Tex Avery doesn’t get mentioned as often as Chuck Jones, Friz Freleng, Max Flesicher, or Walt Disney. But perhaps he should. Avery made what are considered the first cartoons to feature Daffy Duck and Bugs Bunny. The phrase “What’s up, Doc?” was his contribution — it’s a saying from his native Texas. He created the character Egghead, who later evolved into Elmer Fudd. He slimmed down the initially enormous Porky Pig into something more like his lovable current appearance. And he’s arguably the architect of the Looney Tunes / Merrie Melodies style — the one who helped make the series more than a clone of Disney’s cartoons, mainly by picking up the pace and adding an air of anything-goes chaos. When he moved to MGM, he created Droopy as well as his risqué take on the fairy-tale Wolf, who doesn’t want to eat Red Riding Hood so much as get her in the sack.

But Avery is more than just a pioneer and origin point for a few cultural touchstones. He was a singular artist. HBO Max’s animation collection and the cartoon streamer Boomerang have made his work more accessible now than ever. When his name pops up onscreen, it’s a hint that what’s ahead is coming from a specific mindset that includes relentless gags, visual puns, meta asides, and a heavy dose of surrealism, all delivered with lightning speed. He’s not trying to play nice, like Disney, who he often mocked in his cartoons.

In one of Avery’s cartoons, 1944’s Big Heel-Watha — one of a number of Avery shorts with unfortunate racist gags — a character turns to the audience and says, “In a cartoon, you can do anything.” That might as well have been Avery’s mission statement. Characters talk to the audience, to the narrator, or to Avery himself. In split-screen scenes, the characters will reach out to each other, transcending space. They’ll burst into pieces, like broken vases, or split in two like Dutch doors. In 1946’s The Hick Chick, two characters get into a fight, and one of them jumps inside the other’s body, punching at him from inside his stomach. Most cartoons still have a foot in reality. Tex Avery’s tend to not have either foot in our world.

Avery lied his way into his first gig. In 1935, as a former inker and an animator who had never directed, he scored a directing job at Leon Schlesinger Productions, whose cartoons were released by Warner Bros. Pictures. At first, he played ball with the house style, not wanting to be fired. But he had grand ideas about making cartoons more manic, meta, and fun. Disney shorts certainly weren’t always fun; the Silly Symphonies, often built around classical music, were cute and serious, even pretentious. Schlesinger cartoons were their slightly dirtier rivals, often based around jazz songs (Smile, Darn Ya, Smile!; I Haven’t Got a Hat, etc.), though they still struggled to find their voice.

Tex Avery helped them find it. His solution? Stress that the company’s cartoons were comedies. He didn’t want to charm people, he wanted to make them laugh. He gradually started imposing his own ideas about pacing and jokes, resulting in dense yuk-fests like The Village Smithy and Porky’s Duck Hunt, which introduced a deranged, bouncing, whooping duck soon to be named Daffy. (It would take about a decade for Daffy to become the arrogant, dumped-on fool of, say, Chuck Jones’ Duck Amuck.) Avery was also the one who developed a rabbit who’d been making the animation rounds, and found his true character in 1940’s A Wild Hare. That rabbit would soon be named Bugs.

It was a Bugs picture that led to Avery’s end with Looney Tunes and Merrie Melodies. He and Schlesinger quarreled over the finale of 1941’s Bugs-led The Heckling Hare, which he wanted to end with Bugs and his canine adversary repeatedly falling off a cliff, surviving, then doing it again and again. Schlesinger ordered him to end it after only one near-fatal fall. A furious Avery either was fired or quit, depending on who’s telling the story.

Avery quickly rebounded at MGM, where he had carte blanche to create what he wanted. He took it. His MGM cartoons are Tex Avery unbound. He no longer had to answer to anyone, and as a result, all the things he’d been sneaking into Looney Tunes and Merrie Melodies shorts — the rapid-fire gags, the Brechtian asides, the subversion of anything cute and Disneyfied — was greatly and richly amplified.

Some of Avery’s old Schlesinger unit buddies felt Avery’s MGM work was too cold, and it’s true that those shorts lack the finesse and the deeper characterizations of Looney Tunes and Merrie Melodies work. (Droopy, Avery’s most famous MGM creation, is maybe a two-joke character. They’re spectacular jokes, though.) But by then, both companies were doing their own thing. Post-Avery, Looney Tunes/Merrie Melodies evolved even further, hitting their peak powers in the late ’40s through the early ’60s. But they wouldn’t have gotten there without Avery. He’d greatly sped up their evolution toward more lunatic comedy. Directors like Jones, Freleng, and Robert McKimson slowed down the pacing, but just enough that they had their own distinct, game-changing pace.

Meanwhile, over at MGM, Avery was making his fastest, densest, and in a way, most personal work. Take the 1946 Droopy vehicle Northwest Hounded Police, one of Avery’s tightest works, in which he’s a Mountie hunting a fugitive version of the Wolf. The villain escapes from prison by drawing a door on the wall with a pencil, then sliding through it. Later, he runs so fast that when he tries to make a hairpin turn, he runs straight out of the film frame. And there are endless variations on one joke: wherever the Wolf goes, there Droopy is, no matter how improbably. Michael Barrier, author of Hollywood Cartoons: American Animation in its Golden Age, described it as one of the Averys in which he “ruthlessly pursues a single crazy idea.” That, though, could describe any number of his most demented works.

Though Avery was at MGM at the same time as William Hanna and Joseph Barbera were cranking out Tom and Jerry cartoons, the two groups were very different. Tom and Jerry took cartoon violence to the next level, but no matter what damage was done to them, they always rebounded by the next scene. Avery wasn’t interested in violence for violence’s sake. To him, cartoon bodies were elastic, in a constant state of flux, and not only because of what’s being done to them with weapons. They were extensions of emotions and sensations. Characters change colors or burst into pieces when they’re surprised, scared, or even aroused. In Red Hot Riding Hood — in some ways Avery’s signature short — when the Wolf sees the object of his desire, his eyes burst out of its sockets, becoming huge saucers, bigger than his whole body, or simply rolling around like marbles.

The Wolf cartoons tend to not get slipped into children’s cartoon programming. After all, they’re unambiguously thirsty. They’re also reminders that cartoons from the ’30s to the ’60s weren’t strictly kiddie fare. They played in movie theaters, before the features. They had to appeal to everyone. Only when they wound up on television, often as Saturday-morning-cartoon fodder, were classic Looney Tunes and the like rebranded as children’s entertainment. But Avery more than most leaned toward the adult portion of the theatrical audience. The scholar Jane Gaines argues that Avery, who moonlit drawing training films for the U.S. Army Air Corp, made the Thirsty Wolf cartoons for sex-starved soldiers fighting overseas during World War II. (It also played gangbusters for sex-starved people back home.) Warner Archive’s recent collections of Avery’s MGM work even come with a curious warning, declaring that these cartoons “may not be suitable for children.”

Avery’s career ended prematurely. By the mid-’50s, he had left MGM, but he never had such a good home. By the ’60s and ’70s, he was doing animated TV commercials, and his final employers were his old colleagues Hanna and Barbera, who hired him to write gags for their cheapskate Saturday-morning cartoons. He still left a huge body of work, rich and strange, revealing a voice as distinctive as any iconoclastic auteur. Tex Avery was one of cinema’s great pyromaniacs, like Luis Buñuel, Maya Deren, and Jean-Luc Godard, gleefully destroying narrative convention and mores, pushing the boundaries of what cinema can do.

One of Avery’s favorite gags — and he had many, repeated ad nauseum over shorts cranked out quickly — was to depict an audience member, watching the same cartoon you’re watching, pop into the frame in silhouette, then interact with the characters onscreen. Maybe the best version of this is in 1939’s Thugs with Dirty Mugs, where a viewer tries to help the frustrated cop who’s trying to bust a crime ring. “I sat through this picture twice,” he says, then tells the officer where to find their hideout. In cartoons, you can do anything, and Avery knew it.

Stills from 1941’s The Heckling Hare

Ten Tex Avery shorts to get started, and where to find them: