How Patients Decide on Surgery 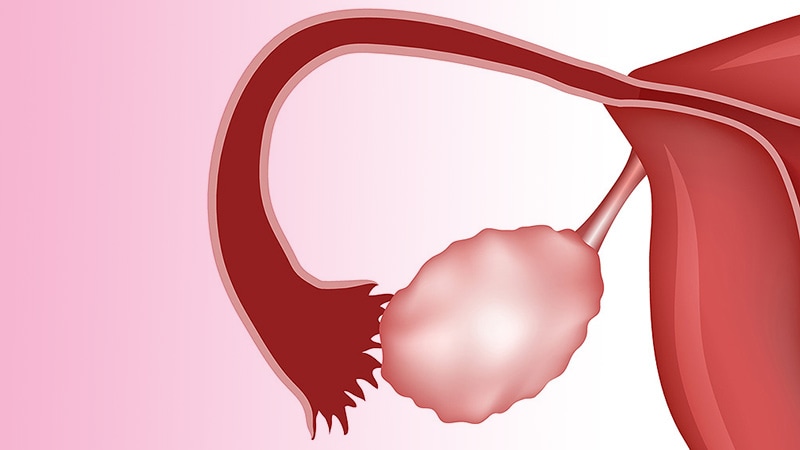 Patients consider the risk of cancer and menopause, as well as other factors, when making decisions about ovarian cancer prevention surgery, according to a small study.

Investigators interviewed 24 premenopausal women with BRCA mutations who were considering prophylactic surgery. Responses showed that women who prioritized cancer risk reduction opted for risk-reducing salpingo-oophorectomy (RRSO), while those who were more concerned about the effects of surgical menopause opted for risk-reducing early salpingectomy with delayed oophorectomy (RRESDO). Factors such as past surgical experience influenced patients’ decisions as well.

The women were participants in the PROTECTOR trial, which was designed to determine the impact of RRESDO on sexual function by comparing RRESDO, RRSO, and no surgery. Study participants made their own decisions regarding surgery, and the interviews with 24 participants provided insight into how patients made their decisions.

Faiza Gaba, MBBS, PhD, of Queen Mary University of London, and colleagues reviewed the results in the Journal of Medical Genetics.

“I think what is most important is that even though this is a tough decision women are being given, they are being given options that allow them to make up their own minds with support from health care providers,” said Barbara A. Goff, MD, of the University of Washington, Seattle, when asked to comment on this research.

The investigators interviewed 24 women aged 34-46 years. Fourteen patients were BRCA1 carriers, and 10 were BRCA2 carriers. Twenty-two women were White, and two were Asian. Nineteen women were married, and four were nulliparous.

The interviews lasted a mean of 55 minutes and were conducted with a predeveloped topic guide.

Eleven of the women interviewed opted for RRESDO, seven opted for RRSO, and six decided against prophylactic surgery. Four women who had previous breast cancer all opted for ovarian cancer prevention surgery.

The 11 women who chose RRESDO did so because of concerns about early menopause following oophorectomy, particularly low mood, sexual dysfunction, and poorer quality of life. They were also more likely to have had a previous positive surgical experience, so they were not as concerned about a two-step surgery.

Women who chose RRSO were motivated by a strong family history of ovarian cancer, fear of dying, concurrent benign gynecological issues, lack of screening for ovarian cancer, and physician advice.

Women who decided against RRM did so because they hadn’t completed childbearing, they were concerned about recovery time and the psychological effects of the surgery, or they had confidence in breast cancer screening and treatment.

Among women who chose RRM, two highlighted lack of health care professional support for deciding against reconstruction. One interviewee regretted opting for flap reconstruction due to the resultant cosmetic appearance and chronic pain but did not regret RRM.

Fifteen women said they would have preferred combined RRM and ovarian cancer prevention in one surgery, due to less anxiety, less waiting, fewer appointments, less time off work, and a single surgical recovery.

The women advised fellow BRCA carriers to avoid time pressure with surgical decision-making, talk to other BRCA carriers, do personal research, and ask for second opinions if not satisfied. They also said the opportunity to ask experts questions and meet other BRCA carriers face-to-face was more helpful than online support groups. Women managed in specialist settings said they received better care, better access to hormone replacement therapy, and were more satisfied.

This study was funded by the Rosetrees Trust and Barts Charity. The authors disclosed relationships with AstraZeneca, Merck, Cancer Research UK, The Eve Appeal, Israel National Institute for Health Policy Research, and the UK National Health Service. Dr. Goff has no relevant disclosures.