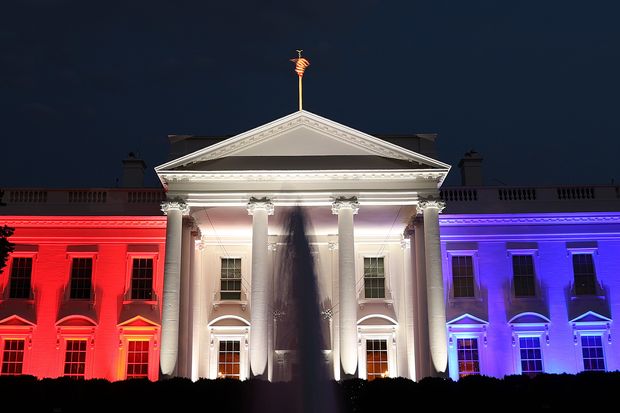 This is a precarious moment. With Donald Trump still recklessly and falsely proclaiming that he won and the COVID-19 pandemic causing new extremes of suffering nearly every day, President-elect Joe Biden needs to find a way to quickly ease the fears of Trump’s base and to establish trust with people who don’t believe what he says.

Our democracy is at stake. The lives of hundreds of thousands of our fellow citizens are in peril. This isn’t a game, or a meme, or a time to own the libs. We ain’t got time for that now. Especially because we have two other existential crises on our plate as well: The simmering issue of climate change and the festering problem of racial, economic and social injustice.

“
Joe Biden and Kamala Harris won fair and square, and decisively so. The people have rejected a second term for Trump.
”

If we’re going to make it, the two tribes of America have to work together again.

Everything is based on trusting each other

Neither the crisis of democracy nor the crisis of public health can be truly solved without the united support of Americans across the political spectrum. Our democracy is based on the premise that we will all abide by the results of a fair and proper vote. Our public health relies on the trust we place in everyone else to act with due regard for the health and safety of all.

“
Biden cannot do it alone. Trump’s base, as demoralized as it is, must meet him halfway. That’s what it means to live in a democracy.
”

Questioning the outcome of an election without evidence of fraud or error breaks the bond we owe each other as citizens of a great democracy. Acting recklessly without regard for the health of others violates every norm of civilization.

But what can a leader do when a sizable portion of the public refuses to follow measures to control the coronavirus? What can any of us do when so many of our fellow countrymen believe in easily disproved lies?

Over time, Biden could gain the trust of Trump’s base with straight talk and strong actions to improve their lives. Economic growth that lifts up those who’ve been left behind is essential. And his administration must address the root causes of the so-called deaths of despair that are hurting working-class white communities.

All that would take time, which we don’t have.

Accept it: The people have spoken

However, Biden cannot do it alone. Trump’s base, as demoralized as it is, must meet him halfway. That’s what it means to live in a democracy.

Those 72 million Trump voters must find a way. First, they need to acknowledge that there is no credible evidence of voter fraud in this year’s election. Joe Biden and Kamala Harris won fair and square. The people have rejected a second term for Trump.

Without quick and concerted action by Republicans to repudiate his lies, Trump could still hold on to power by refusing to leave the White House, sending a clear message to all the world that democracy is finished as a political philosophy. Trump leaving office without conceding defeat could leave us with millions of Republican voters convinced — without any evidence — that Biden stole the election.

Now read this: Biden says Trump’s failure to concede election is ‘not of much consequence’

And Trump’s supporters need to face the fact that COVID-19 is doing great damage to our country, our economy and our civility. The best scientific guidance we have says wearing masks, avoiding gatherings (especially indoors), and tracing and testing anyone exposed dramatically reduces the spread of the disease, saving a great many lives and preventing long-term health problems for many more.

Anyone who’s not wearing a mask in public or who’s gathering with more than a few people or who is refusing to get tested when that’s indicated needs to put aside their partisanship and act responsibly. The hope that a safe and effective vaccine could be available soon is only more reason to redouble our efforts now to stop the spread of this terrible disease until that happy day comes.

Why do we believe lies?

All of us, not only some Trump supporters, have difficulty facing inconvenient truths. Here are some explanations for why that is so:

How do we really know something?

Despite the uncertainty, there is a good way of knowing what’s probably true and what surely isn’t. Scientists have developed a rigorous and logical method for observing, reasoning, and testing and retesting conjectures against the observed facts. Journalists, academics, judges, philosophers and others who seek the truth professionally use similar methods.

Those who misrepresent facts or who jump to unwarranted conclusions don’t survive long if the system works as it should. Reputations matter. Those who are consistently right gain the trust of their peers, and are often given conditional trust by people who are outside their field.

So let’s embrace science and fact-checking in general.

Because we know nothing good happens when you drink the Kool-Aid.