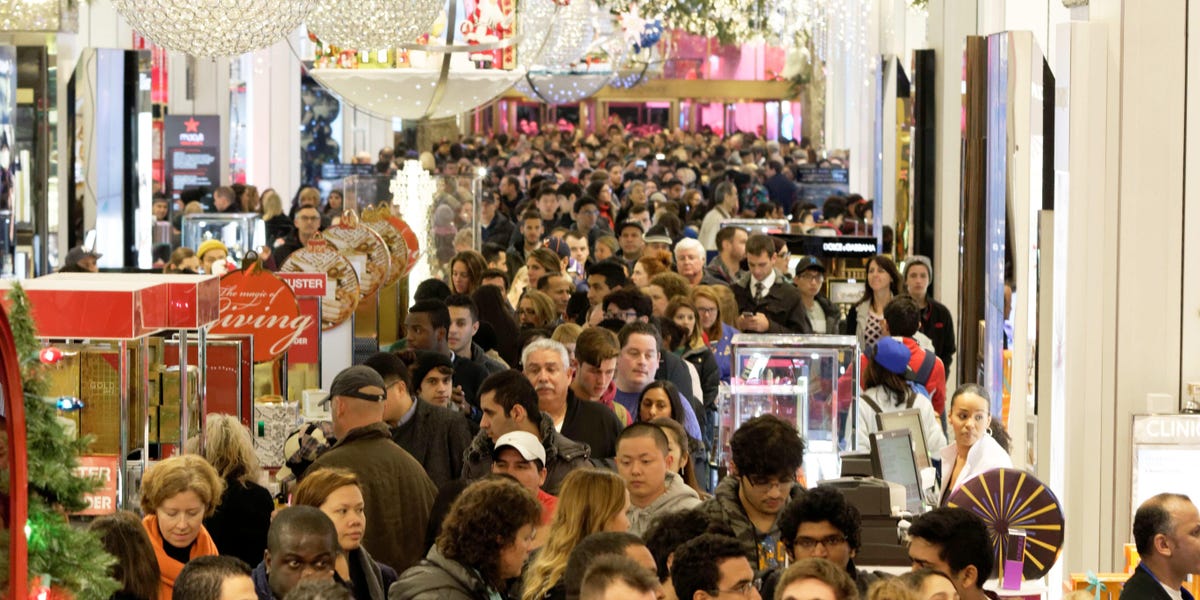 This year, shoppers might start to see holiday deals roll out alongside leftover Halloween candy.

A growing number of retailers have said that due to the coronavirus pandemic, they will shift the timing of their holiday promotions to avoid the usual rush in November and December.

Target recently said that it would close its stores on Thanksgiving and start rolling out its holiday deals in October.

During the company’s earnings call on August 19, CEO Brian Cornell said Target would have to “stay nimble” to adjust to a “very different holiday season.”

“We’re going to put a big premium on ease and convenience, delivering great value, but will emphasize safety. And we’ll also make sure that our guests knows that those top items and that great value is going to be available throughout the season,” Cornell said, emphasizing that the store’s same-day fulfillment options would give shoppers flexibility on the timing of their shopping.

Black Friday as a shopping holiday has been declining in importance over the last several years as spending continues to move online and discounts become more prevalent year-round.

Still, beginning holiday deals in October represents a big shift to a seasonal schedule that usually sees retailers double down on the period between Thanksgiving and Christmas. A number of retailers, including Walmart and Best Buy, have joined Target in saying they would keep stores closed on Thanksgiving.

Nordstrom said in its own earnings call on Tuesday that while it would likely stop short of decorating stores for Christmas before Thanksgiving, it would make gifts available earlier in the fall than usual.

“I think it’s pretty clear that there’s an opportunity for us to sell gifts prior to Thanksgiving,” Pete Nordstrom, president and chief brand officer at Nordstrom, said during the call.

The changes aren’t just about physical stores, though. Shipping volumes have been unusually high as consumers opt to shop online and largely stay home amid the ongoing pandemic.

Victoria’s Secret and Bath & Body Works parent L Brands similarly said in earnings that it would spread its holiday promotions over a longer period of time rather than concentrate them in the fourth quarter, when it typically sees the “majority” of its annual sales and profits due to gift-buying.

The company said it would do so because of “traffic constraints imposed by social distancing protocols in stores and capacity restraints in our direct channel distribution centers,” adding that it had a “very cautious outlook about our ability to manage our typical holiday volumes.”

Complicating matters, UPS, FedEx, and the US Postal Service have all announced surcharges on holiday shipping that will go into effect later this year. Spreading deals out over a larger period of time could help retailers better manage the impact of those surcharges.

In Kohl’s earnings call, CFO Jill Timm referred to the surcharges as a “headwind” and said the company is working through alternatives to avoid them. Kohl’s is also looking to get holiday shopping going in October.

The pandemic has disrupted the usual retail calendar in more ways than one. The back-to-school shopping season, for example, doesn’t seem to have provided the sales surge that certain retailers usually see, as distance learning has continued for many students across the country.

Abercrombie & Fitch CEO Fran Horowitz told CNBC that she expects both back-to-school and holiday shopping to stretch on for longer than usual. She called the trend a “flattening of the curve.”

“Maybe the peak [around] Black Friday isn’t as big, but there is still a lot of opportunity in December to do a lot of business,” Horowitz told CNBC.