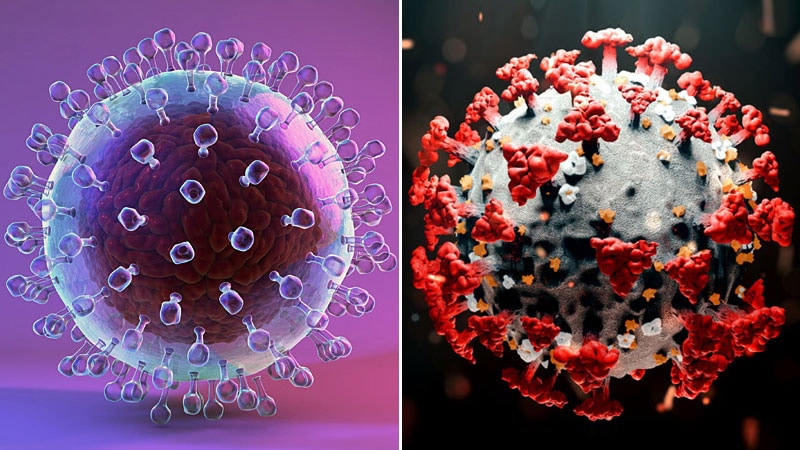 An antiviral drug combination used to treat hepatitis C and an anti-protozoal drug may also work against SARS-CoV-2, researchers say.

Sofosbuvir/ledipasvir (Harvoni) and nitazoxanide (Alinia) both appeared to clear SARS-CoV-2, the virus that causes COVID-19 in a preliminary trial, said Mohamed Medhat, lecturer in the department of gastroenterology and tropical medicine at Assiut University Hospitals in Assiut, Egypt.

Sofosbuvir/ledipasvir was particularly efficacious, said Medhat, who reported the results at the International Liver Congress 2021.

“This is a very important result,” he told Medscape Medical News. “If you start this drug early, you can eliminate the virus easily without complication and avoid mortality and also avoid spreading of the disease.”

While the treatments for COVID-19 have improved since the pandemic began and vaccines have slowed its spread in some countries, existing therapies, including the antiviral drug remdesivir (Veklury), fall far short of a cure.

Developing new drugs takes a long time because their pharmacokinetics must be analyzed, and safety as well as efficacy tested in large trials, Medhat pointed out.

“Trying to use available and safe and effective drugs to treat this new disease is the fastest way,” he said.

SARS-CoV-2 shares similarities to the hepatitis C virus in the way it replicates, Medhat said. Molecular docking studies, which use computation to find ligands that bind to proteins, suggested that both sofosbuvir/ledipasvir and nitazoxanide might block key proteins in SARS-CoV-2.

Sofosbuvir/ledipasvir was developed to treat hepatitis C. Nitazoxanide is currently used to treat protozoal infections but has shown broad-spectrum antiviral properties. It has been investigated as a treatment for Middle East respiratory syndrome (MERS) and influenza as well as hepatitis C, Medhat said.

Since both are manufactured in Egypt and relatively inexpensive, Medhat and his colleagues investigated them as a possible treatment for patients with COVID-19. Sofosbuvir/ledipasvir costs about $40, and nitazoxanide costs about $10 for 14 days of treatment.

The researchers used reverse-transcriptase polymerase chain reaction (RT-PCR) to test the patients at intervals of 5, 8, 11, and 14 days.

Sofosbuvir/ledipasvir appear to take effect within 5 days, with viral clearance in most patients within 2 weeks. Nitazoxanide had a weaker effect but still appeared to achieve a benefit.

The differences between sofosbuvir/ledipasvir and the other two groups were statistically significant at all time points (P < .001).

The difference between nitazoxanide and the group that only received standard care was statistically significant on day 14 (P = .01)

The groups were significantly different in age and sex, but a regression analysis showed that the treatments were the only significant factors in the different rates of viral clearance. For sofosbuvir/ledipasvir, the hazard ratio (HR) was 17.88 with a confidence interval of 6.66 – 47.98. For nitazoxanide, the HR was 2.59, CI 1.11 – 6.07.

The researchers did not record any serious adverse events or mortality.

Medhat said that they would like to investigate these drugs in larger trials and with severely ill patients.

Trials in severe COVID-19 infection are important, agreed David Cennimo, MD, an infectious disease specialist at Rutgers-New Jersey Medical School in Newark. Most people with mild to moderate illness recover on their own. Other patients suffer more from excessive immune responses than from the virus itself. But in patients who are seriously ill with high viral loads, an effective antiviral would be especially useful, he told Medscape Medical News.

“We’re lacking really good antivirals, and we’re certainly lacking something that can be used on an outpatient basis,” he said. Remdesivir must be administered intravenously, while sofosbuvir/ledipasvir and nitazoxanide are oral medications.

However, Cennimo also noted that sofosbuvir/ledipasvir is expensive in the United States. Some drug stores advertise the combination for more than $1000 per tablet.

Until larger trials are done, Cennimo doesn’t recommend prescribing either of these experimental drugs to treat COVID-19. Such trials should include endpoints such as hospitalization and death, since people can remain severely ill with COVID-19 after they test negative with RT-PCR, or test positive and have no symptoms, he said.

Medhat and Cennimo have disclosed no relevant financial relationships. The study was funded by the Egyptian Science and Technology Development Fund.

Laird Harrison writes about science, health and culture. His work has appeared in national magazines, in newspapers, on public radio and on websites. He is at work on a novel about alternate realities in physics. Harrison teaches writing at the Writers Grotto. Visit him at lairdharrison.com or follow him on Twitter@LairdH