Heart Retrieval Technique May Boost Organs for Transplant by 20% 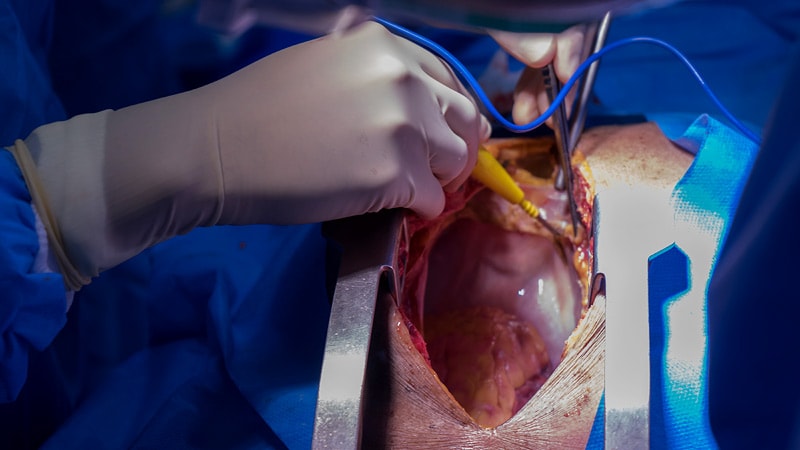 In a small observational study that tested normothermic regional perfusion (NRP) for donation after cardiac death (DCD), posttransplant cardiac function was “excellent” in 8 of 8 transplant recipients, and survival after a mean of 237 days was 100%.

These pilot data were presented May 2 at the American Association for Thoracic Surgery 101st Annual Meeting, which was held online this year because of COVID. The study is the first to report outcomes after heart transplant using DCD with NRP in the United States.

The investigational NRP technique avoids the metabolic abnormalities associated with circulatory arrest and allows for in situ functional assessment of the heart prior to acceptance.

“With our NYU protocol, we open the chest and put the donor on cardiopulmonary bypass, and then we can assess the heart, measure cardiac output, and decide if we want to use it or not, before we ultimately procure and transplant the heart,” said lead author Deane E. Smith, MD, surgical director of the Adult ECMO Program at NYU Langone Health, New York City.

This differs from DCD using ex vivo organ perfusion with the Transmedics Organ Care System (OCS), a system associated with high cost, he noted. The OCS is under review by the US Food and Drug Administration for use with donor hearts.

“I would say what we’re doing with NRP-DCD is actually taking a very chaotic situation with a lot of stress and challenge and making it a much more comfortable situation for everyone, while also providing advantages for the heart and other transplantable organs,” Smith said in an interview.

Asked if the NYU protocol is expected to offer better clinical outcomes than alternative donation-transplant methods, he suggested not. “I don’t think there is any reason to expect the transplant outcomes…will be better on the whole, because you still have to assault the organ twice,” said Smith.

It’s been shown that broader application of DCD heart transplantation has the potential to increase cardiac allograft availability by 20% to 30%.

“DCD is certainly one way to broaden the organ pool and, I believe, can offer the donors and families the most respect and dignity through what is obviously a very difficult process,” said Smith.

Different versions of the NYU DCD-NRP protocol have been tested with success in the United Kingdom, Belgium, and Australia.

All procedures in this report were performed from January 2020 to January 2021, and all hearts were successfully resuscitated and weaned from CPB with no inotropic support and were accepted for transplant. Six livers and 14 kidneys were recovered from the same donors.